Hey guys, Drew back here! Of all the catch up posts I need to make, this one just may have been the most embarrassing yet. You see, I'm now 2 days away from being 17 1/12 years old, as my birthday was a month ago. William came over shortly after my birthday, so this post has been long overdue. However, it is finally here, and I finally can show you all of the awesome things William gave me for my birthday! 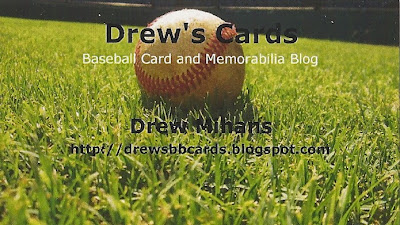 First off, and perhaps the coolest gift, were the 500 Drew's Cards business cards! He had had some made for his blog and went ahead and did the same for my blog! The photo in the background was taken by William at Rickwood Field, and is the same picture I'm trying to fit Negro League autographs on! (Speaking of which, I should get back on that...) We handed out a few in Cooperstown to some interested people we came across, and I'm looking forward to using them in the future! 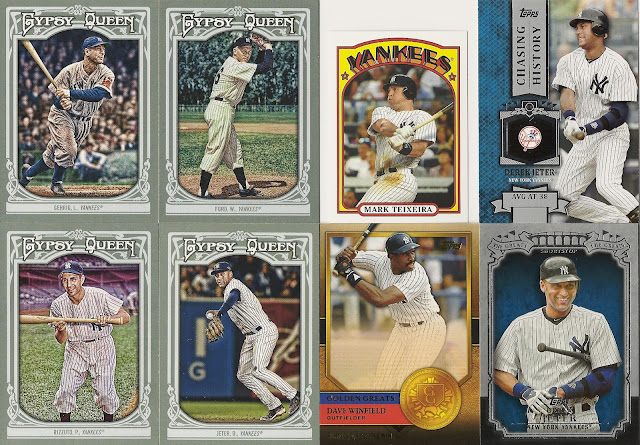 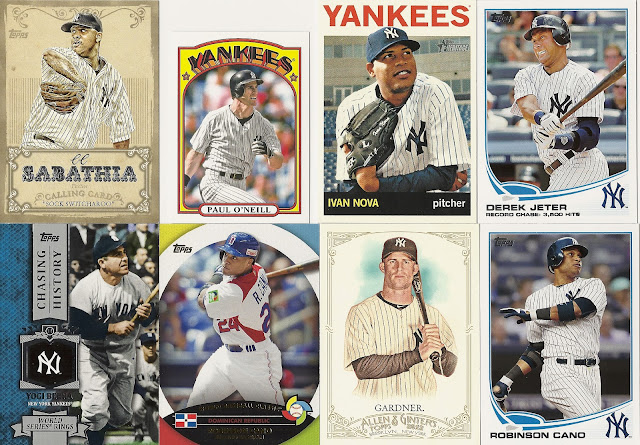 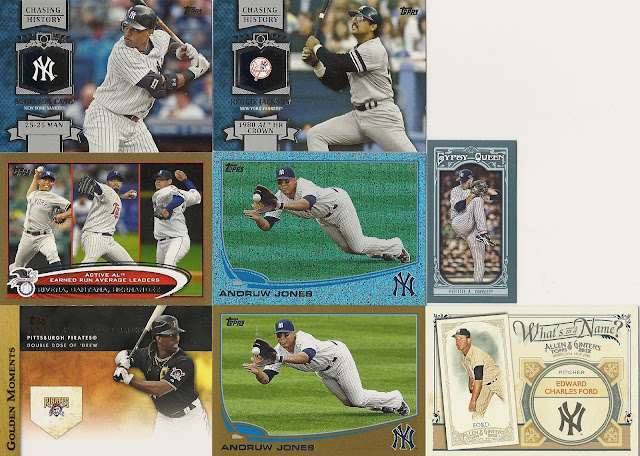 As William normally does, he included a bunch of cards he didn't want that will fit into my PC's beautifully! One of the cooler side benefits of our friendship is that I really don't spend much on wax anymore, because he pulls so many Yankees out of his! I appreciate all of these bonuses though, and like I said most of these will inhabit spots in my new PC box I'm working (more details some other time)! 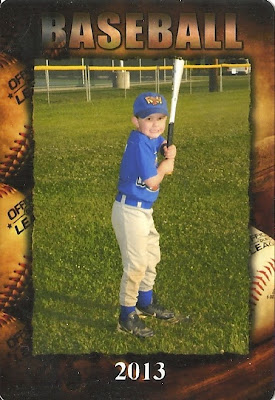 The coolest card of them all was undoubtedly this beauty, a 2013 "Baseball" card of his son Chris! Chris was a pleasure to meet on the trip, and certainly provided entertainment when it was most needed. This one will probably find its way into my PC box as well! 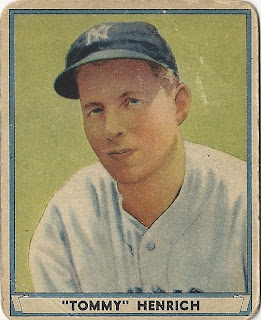 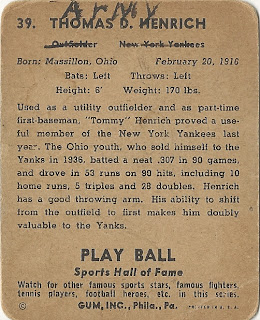 He also picked up some sweet vintage for me, including this 1941 Play Ball Tommy Henrich! While I have quite a few cards from the 1960's and 1970's, I haven't gotten to touch on much of the 1940's. William has treated me to some old treasures over the years, but this one may be one of my favorites. It doesn't help the value by any means, but someone crossed out "Outfielder" on the back of the card and wrote Army above his name, obviously referring to Henrich's involvement in World War II. It's a neat back story and certainly adds to the nostalgia of the card! 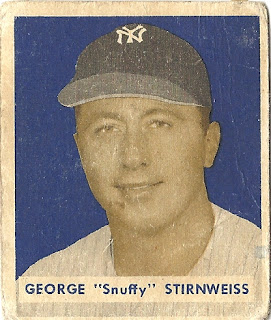 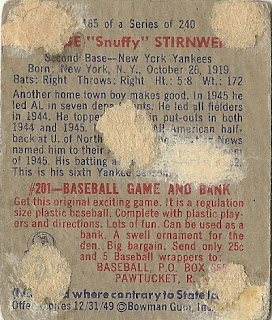 This 1949 Bowman has a ton of character to it, and that's not even acknowledging the fact that this guy's nickname was "Snuffy"! Snuffy Stirnweiss was a solid player in the 40's, putting up 2 All Star selections and 3 World Series championships on his resume. He tragically died in the Newark Bay rail accident of 1958 at the age of 39. 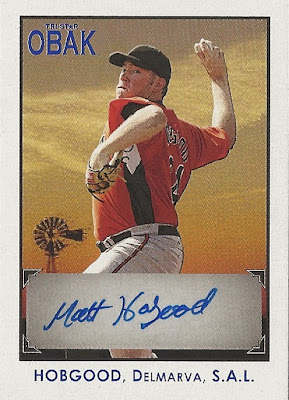 Matt Hobgood has been a friend of William and I's for a few years now, well, on Facebook! He's a really nice guy and we've both had experiences of talking to him online. This was my first Hobgood autograph, this being out of  2010 Obak, numbered 79 of 125! 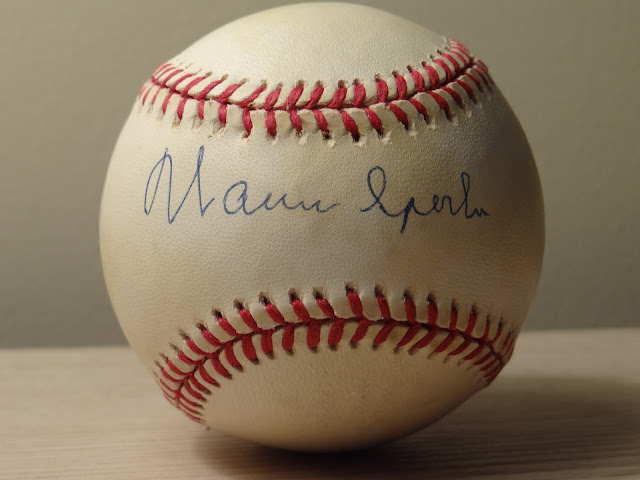 In Cooperstown, he also bought me this awesome Warren Spahn signed baseball! Spahn was one of the best pitchers in history, recording 363 wins, most of which being for the Milwaukee/Atlanta Braves. He made 17 All Star teams and was a member of the 1999 All Century Team! Heck, there's even an award named after him given to the best annual left handed pitcher! I really appreciated William buying this great gift for me in Cooperstown, and I'm hoping that I can try to get him back equally for his upcoming birthday!

Thank you so much for everything William, you're a great friend and I enjoyed our weekend we got to spend in the greatest baseball city on Earth!