Hey guys, Drew back here! Four legendary players in a row, I mean could this day get any better? Unfortunately, we didn't get any major autographs in person that day, but we did get to meet a few former Negro League players! Robert Scott and Pedro Sierra were hanging out outside of a collectibles store signing autographs for anyone willing to give them a little cash. Coincidentally, I had met Mr. Sierra just a few weeks prior at Fanfest, and I had him sign an index card for me then. I passed on him since I already had his autograph, but I gave Scott $20 to sign a cheaper quality baseball William lended me to put towards my collection.. 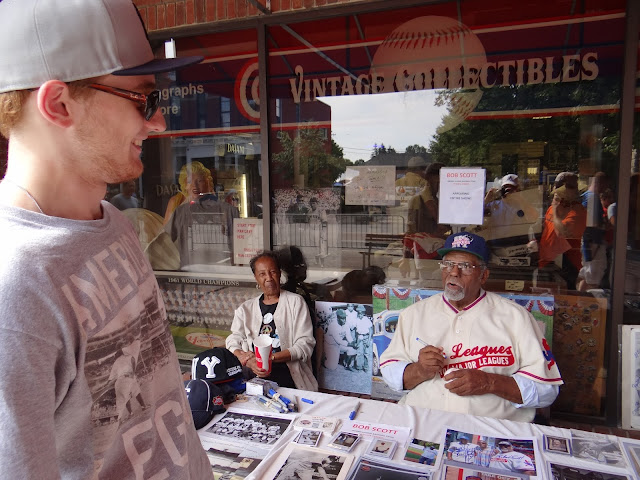 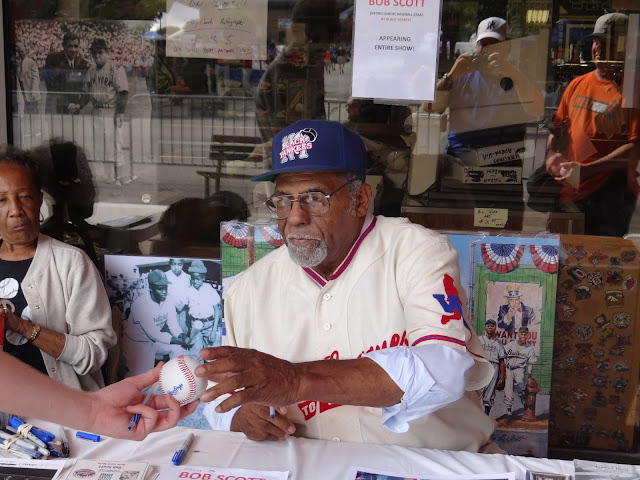 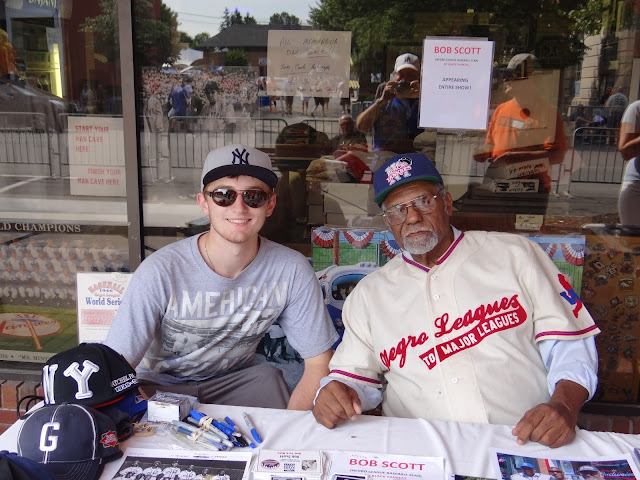 Scott was a really funny guy. In fact, we had originally walked over to their autograph table when we realized we left the cheaper balls in the car. Rather than settling and getting them on ROMLB's, we told them we'd be right back with our stuff. We came back 5-10 minutes later, and they were reluctant to still sign for us. Scott sarcastically told me he wanted $100 as he signed the ball, and I told him I didn't have that kind of money on me. He then followed by asking for $20 instead, and I told him I'd do that, and he said "see how I worked some money out of you?" He was an entertaining and genuinely nice man, and he loaded the ball with inscriptions! 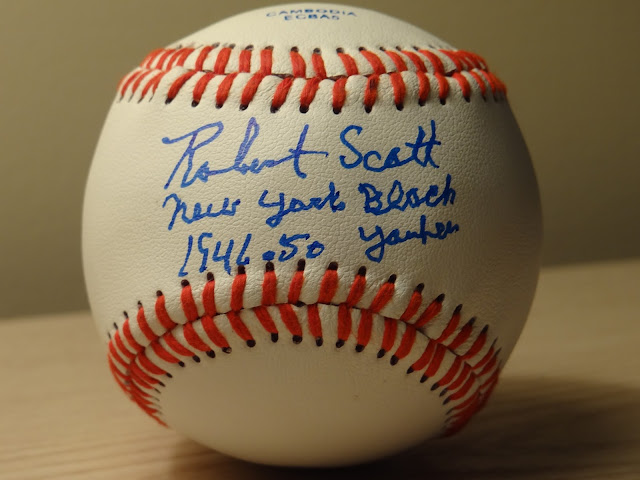 The autograph reads "Robert Scott, New York Black Yankees 1946-1950"! With further research, I learned that the Black Yankees were formed in Harlem in 1938, and while they weren't a very successful team, they were still an important part of Negro League history. Scott has a card in the 2010 Allen & Ginter set, one of the many cards the product has released remembering former Negro League players.

Thanks Mr. Scott for adding a unique touch to the already awesome day! See Ya!
Posted by Drew at 8:29 PM