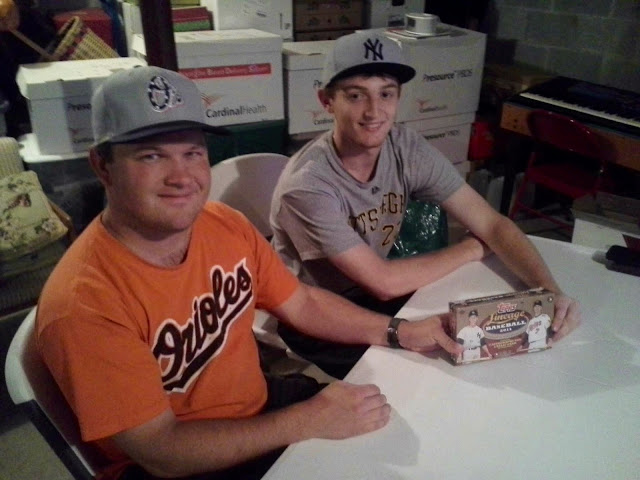 Hey guys, Drew back here! And much like my current addiction "How I Met Your Mother" goes, sometimes you need to go backwards in time in order to move forward. So, since I knew most of you would be more interested in hearing about Pete Rose/Rickey Henderson/Johnny Bench, I covered all of those experiences first, but the whole trip actually kicked off before William & I even made it up to Cooperstown. The night before we took off for the Hall, I drove William (with his car) to my local card shop and we picked up a box of 2011 Topps Lineage to play some pack wars with. I'm really not as into the boxes as I used to be, but being able to do this with someone who really knows his players as much as I do was definitely a cool experience. 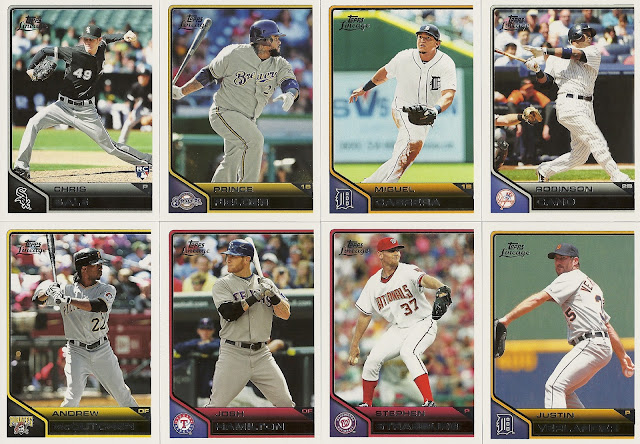 With that said, I was dominated throughout the entire pack war. William ended up winning 3/4 of the cards along with both autographs and the relic. We did some trading afterwards though and William was generous with his winnings, giving me the ones of my favorite players. 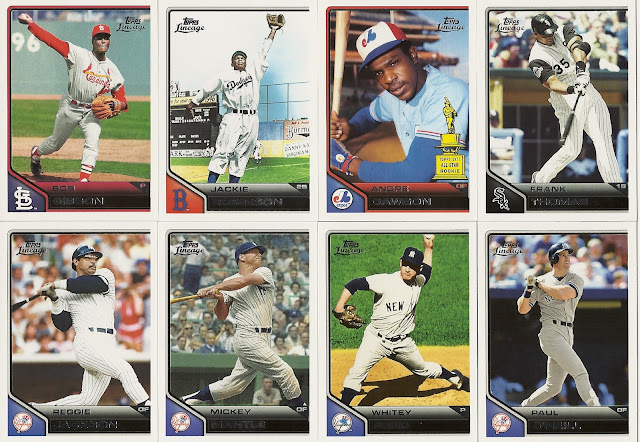 Ever since I laid my eyes on the Montreal Expos throwback hat at Lids earlier this year, I've fallen in love with the team. I do like the Nationals, but I'd rather still see the Expos in baseball rather than say Houston or something. Also, since I recently got the pleasure of meeting Frank Thomas, I've been more and more interested in his cards. 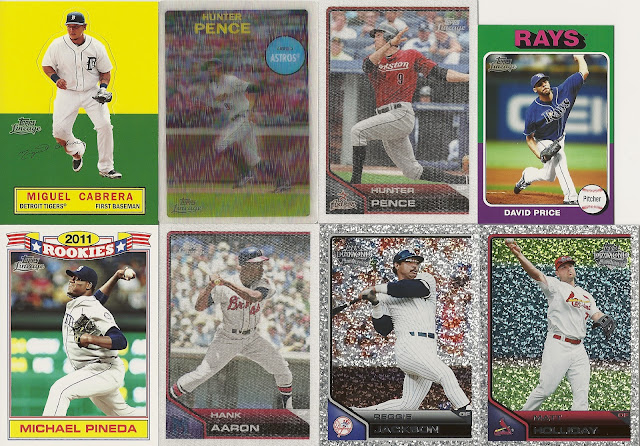 The inserts I wound up with were pretty nice. I got 3 1975 Topps minis: Evan Longoria, Matt Cain, and the David Price you see above. I also added both Hunter Pence inserts, which are both for trade. By far the coolest insert I pulled was the Hank Aaron silk, which was one of the nicer surprises. 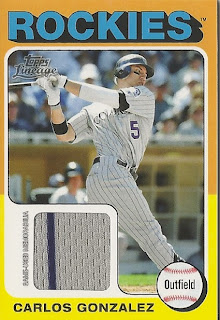 William and I worked out a trade afterwards that landed me the 1975 mini relic of Carlos Gonzalez that he pulled! Gonzalez is a pretty solid player, and I love the design of the card. The pinstripe on the relic definitely made the appeal even greater though! I'm not extremely attached to the card, so if you want it please let me know.

All in all, I had a good time playing pack wars for the first time. Hopefully Round 2 will go a little more in my own favor! See Ya!
Posted by Drew at 7:40 PM