Hey guys, Drew back here. Disregard the Jay-Z reference in the title if that isn't what you're into. Anyway, as you may have seen on William's blog (if you're actually following this saga), the next person on our list to meet was Pirates legend Ralph Kiner! I didn't intend on meeting Kiner in Cooperstown, as I already had a few years back at a White Plains Show. However, that didn't stop me from joining William, Adam, and Chris to meet the now 90 year old man. 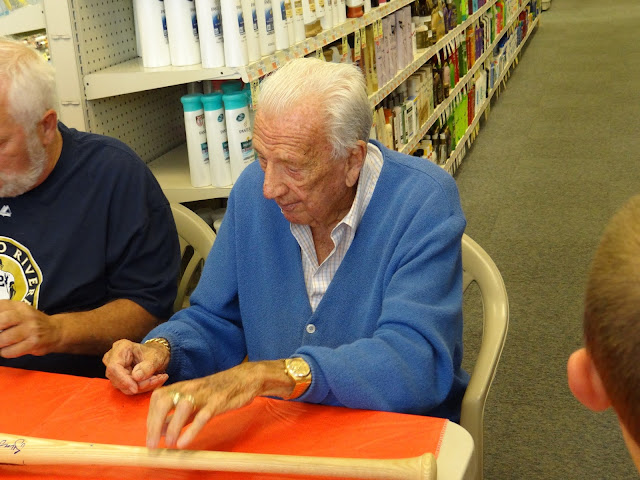 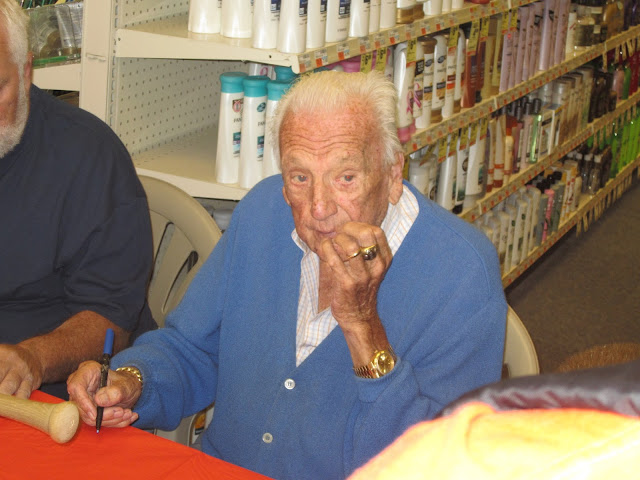 Ralph had quite the line piling up outside of the CVS he was signing at that day. Quite a few people wanted his autograph, but the biggest problem was how slow the line was moving. Watching him sign autographs was like watching grass grow, and I don't mean that in a bad way. Somehow, William found a way to the front of the line, because we had to go meet Roberto Alomar (see on his blog here), and supposedly we were in a rush.

Mr. Kiner was as nice as always to us, and he sure did take his sweet time signing the two baseballs we presented him with. But, it was worth every bit to get to see him again, as this could very easily be his last trip to Cooperstown. I gave him a lot of credit for making the trip in the first place! 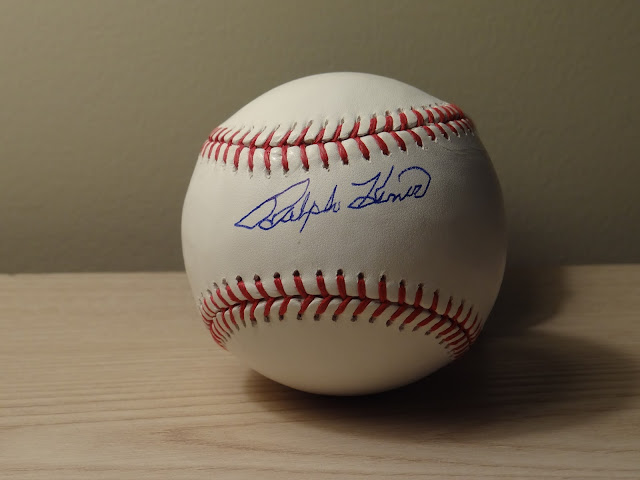 William accidentally bought 2 autograph tickets, although he already had a signed ball of Kiner's. He wanted his son to have one also, but then bought another ticket by mistake. I ended up buying the ball off of him, because I figured now would be a good time to add him to my signed baseball collection! It came out pretty awesome, and I commend Mr. Kiner for being so great to us baseball fans.