Hey guys, Drew back here after a long night of some crazy good rock and roll! If you didn't catch the end of my last post, last night I went with my friend Matt to see Aerosmith at the Izod Center in New Jersey. I had been to the Izod Center once before for a Nets game, but never for a concert, and I have to say it was a very good venue for a show. In the past three years I've now gotten the chance to see Ringo Starr, Paul McCartney, and now Aerosmith in concert. It didn't quite top Paul in Yankee Stadium but it did outrock Ringo, at least in my opinion. Steven Tyler's voice sounded much better than I expected, and the set list kept shooting out hit after hit after hit. I didn't like Cheap Trick as the opening act, but Aerosmith more than made up for it by featuring a guest appearance by Darryl of Run-DMC to do the rap verse in "Walk this Way"! It's a very rare guest appearance, and coming from a hip hop and rock connoisseur, I loved it! It was easily the best birthday I've ever had, and I'm glad I got to share the opportunity with my friend.


But anyways, let me get back to the main purpose of this post. There was one final piece to last card show's puzzle, and that was a gift from my Dad for my big 16th birthday. He gave me an option and told me he'd pay for either one, and they were both marked at the same price. The one I passed up on was an autographed picture of Derek Jeter. That right there just goes to show how big this gift was for me, so without having you wait any longer, check out one of my favorite pieces in my entire collection: 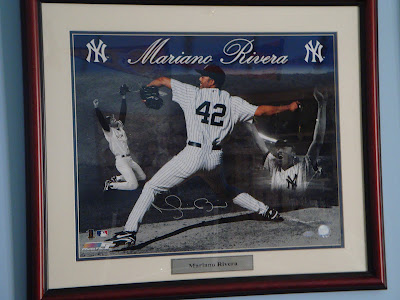 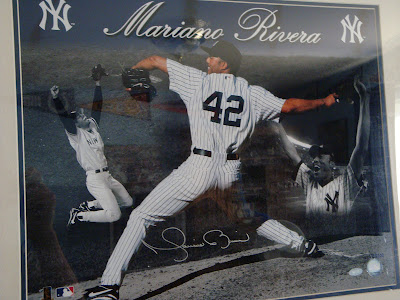 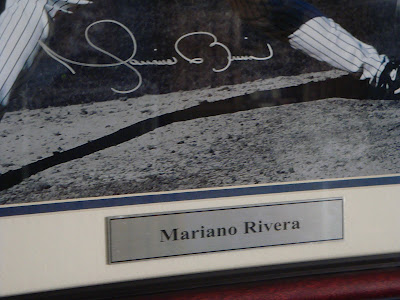 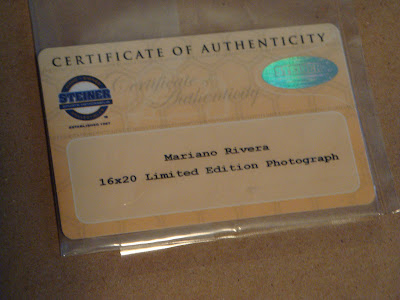 Yes, I did pass on a Jeter auto to get a Rivera auto. Some may call me crazy, but others may call me smart. First and foremost I'd like to quickly pay my dues on just how sweet this picture is. One, the photograph really does justice for just how much of a champion Mariano Rivera is. Beside the middle photo are two memorable shots after the Yankees won the World Series in 1998 and 2000, and between his legs is his beautiful signature signed in silver sharpie! As you can see, it came with Steiner certification, so it's clearly real, and clearly worth every penny.

So, why did I pass on Jeter? It is true that I like Jeter a tad bit more than Rivera, as I tend to like hitters more than pitchers. Both guys are true class acts and play the game the right way. But one) I liked the Rivera photo more than the Jeter photo, and two) I didn't have Mariano's autograph yet, and with this piece, I now own each member of the Core 4's autograph! As soon as I got home we hung the picture up and it won't be going down for a long time.

Thank you so much Dad, again, I have no idea why you always spoil me this much. You're crazy, but I love you anyways, and you know how much I appreciate this. Happy Birthday to me I guess!