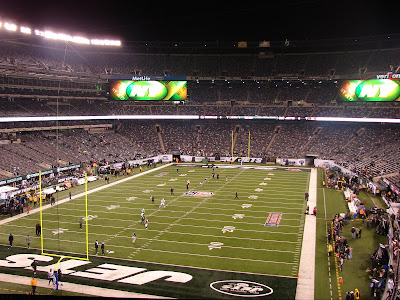 Hey guys, Drew back here. Last night as you may have read about already on the blog, my dad and I went down to the Meadowlands for the Thanksgiving Night Game! Instead of the traditional family thanksgiving we have, we decided to mix things up this year and go to the game! We arrived extra early, perhaps because of the fact that we didn't know how traffic would be, and we wanted to get there early to see what the new stadium was like. Not only was it our first game to the new Meadowlands Stadium, but it also was my first football night game! I pumped myself up in the car listening to some Jay-Z and Eminem stuff, and I was ready to go!

The Jets were playing the Cincinatti Bengals, who were 2-8, having lost 8 games in a row leading up to Thanksgiving Night. We sure did have an advantage going in, but over the past 3 weeks we've barely been able to hang on to beat some of the worst teams in football (Detroit, Cleveland, Houston). Still a wins a win and it doesn't necessarily matter how you win, as long as you win.

So, we arrived and were in amazement of how nice the new field was! It was somewhat similar to the old stadium, but a whole lot nicer! In each corner of the field is a large HD screen that showed all the game live, as well as statistics and other information. I took quite a few pictures, so I'll let them tell the story for a little while... 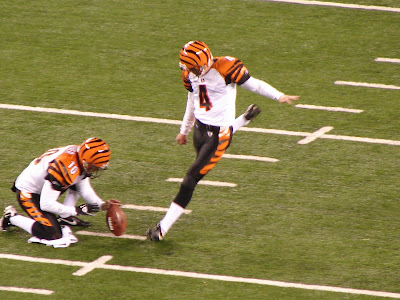 I took quite a few Bengals pictures because they warmed up on our side of the field. This one is definitely my favorite one though, showing kicker Aaron Pettrey warming up. I've never heard of him but it seems like he's young and not so trusted by his team. I say this because late in the game they went for it in his field goal territory. 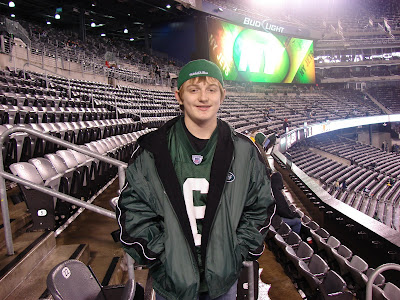 Yeah, there's me by our seats. We were in the 4th row in the middle level. Every seat was a good seat at the stadium for sure, even though they were small with not a lot of space. The rows were high enough behind the row in front of it that you could see well unless the people in front of you got up. Unfortunately, I was stuck squished in my seat by a big guy that sat next to me and took up majority of my seat hahaha. 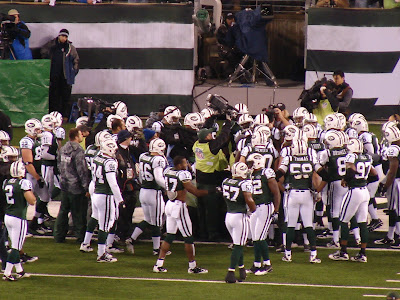 The Jets were pumped and ready for this one for sure. Unlike the last few games, they were actually able to take a somewhat good lead. I'm not going to go into depth on the game because a lot of you already know that the Jets kicked butt, 26-10 final. Special teams talent Brad Smith made 2 key plays, a 53 yard run and an 89 yard kickoff return touchdown! Sanchez didn't have his strongest of games, but he managed to throw a touchdown to Santonio Holmes. All in all it was an extremely good game, and I had a great time with my dad! Heres a few more pictures I took throughout the game: 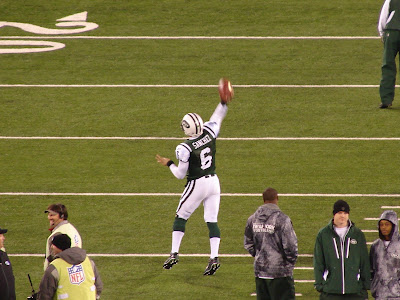 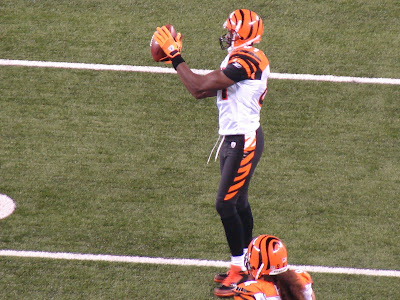 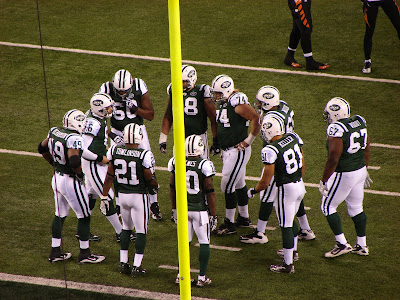 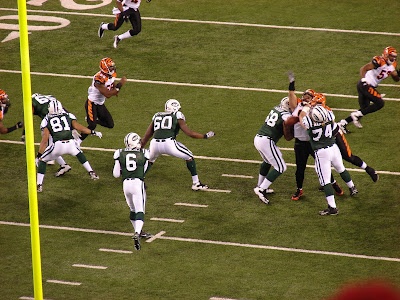 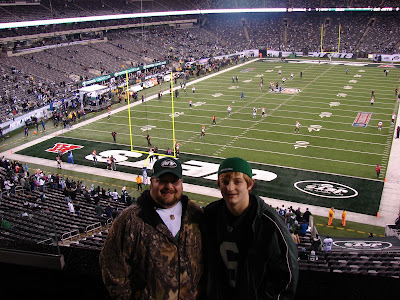 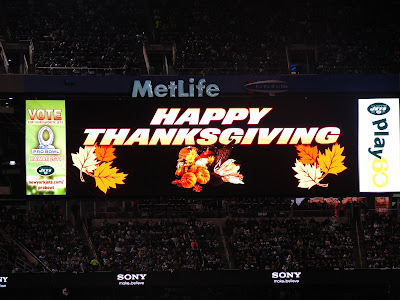