Hey guys, Drew back here. As you may know, my dad may have more of an urge to buy me cards than I do. He doesn't collect, but he sure loves when I collect. Here are some things he got me at the Jets Game: 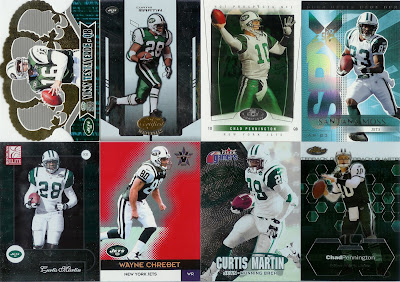 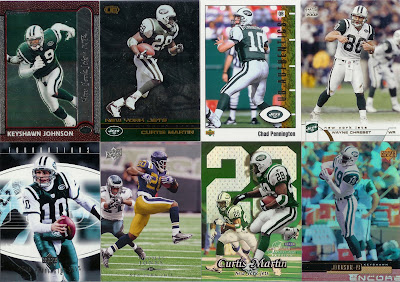 I've gotten quite a few of these in the past, always something you will find at the Meadowlands Stadium. Usually nothing overly exciting, but sometimes you'll find some cool inserts. I've gotten a majority of my Curtis Martin and Keyshawn Johnson collections from these, as majority of the lots have at least 10 Curtis Martins and 5 Keyshawns. Not bad stuff though, liking the Curtis Martins! 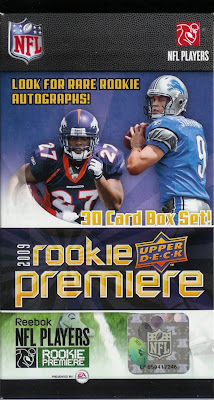 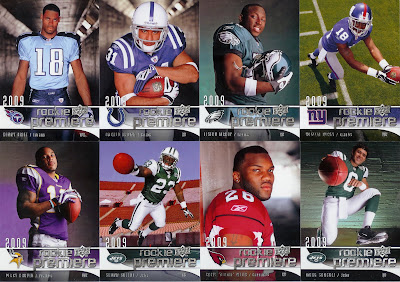 This is a pretty cool set of 30 cards highlighting the future stars of the 2009 Draft. It has rookies of some of the NFL's new talents, such as Mark Sanchez, Matthew Stafford, Josh Freeman, Percy Harvin, Kenny Britt, Hakeem Nicks, and LeSean McCoy, as well as many other highly touted young guys. The design is nice and the shots are nice and bright. Definitely am a fan! 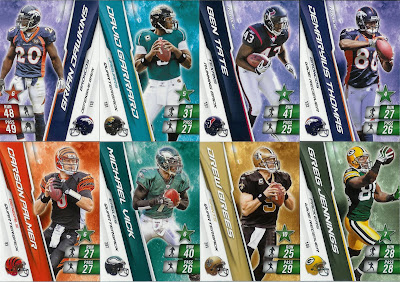 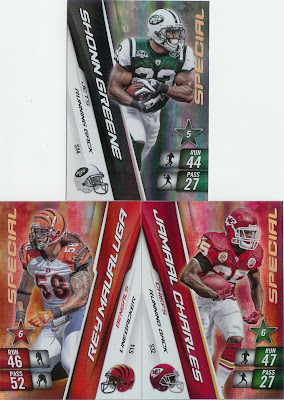 I haven't tried much of any 2010 football releases other than some Donruss Elite and some Topps flagship, so it was nice to crack open some newer packs. The Adrenalyn stuff was ok, it's more of a kids game, similar to Topps Attax in baseball, so it kinda is kiddish. Since that is the purpose of the product, nice job Panini! The design is decent, but my favorite part is the extremely cool look of the players on the cards. It seems like they added some sort of effect on the players, and it looks cooler. Lastly, I pulled 3 "special" inserts of Rey Maualuga, Jamaal Charles, and Jets running back Shonn Greene! 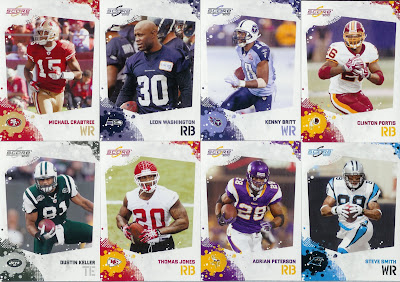 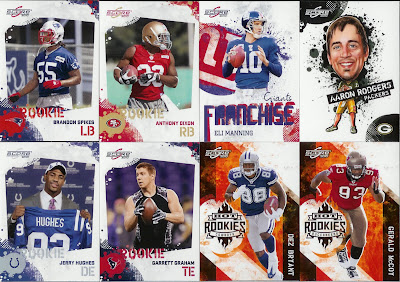 Score was a nice surprise for me. I like the look of the splattered paint, its pretty fresh and I guess clean! I pulled quite a few decent base cards as well as some rookies and nice inserts! The Dez Bryant Hot Rookies insert was sweet as well as the odd Aaron Rodgers big head insert. But whats this? More? 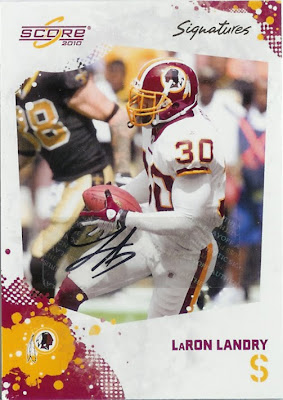 Yeah, we hit an autograph! It's of Redskins safety LaRon Landry! Not a huge pull, but it has decent value and its of a solid player, so I'm happy. If anybody wants the card, let me know if you have anything I would like to trade for.