JD traded me some Wild Cardz!

Hey guys, Drew back here. Yes, another trade post, but I know someone out there has to enjoy seeing what I get in the mail. This time I traded with Mike of JD's Wild Cardz, whose had a card I've really wanted for a while. He got me to give up the gold border chrome mini from 206 of Wee Willie Keeler, but I got a few very nice cards in return. Take a look... 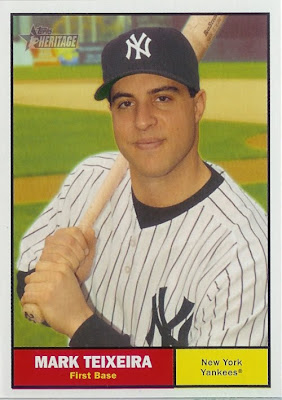 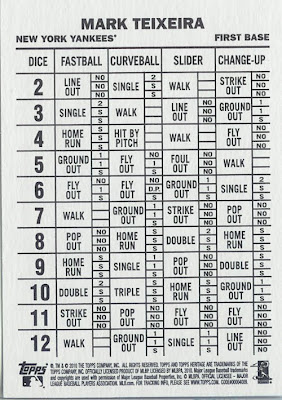 2010 Topps Heritage Mark Teixeira Dice Back SP
I didn't have any of these before, so it was cool to add to the collection. This is one of 2 throw ins, and seeing it was a nice surprise. Tex had an awful beginning to the season but came back strong as he always has done. 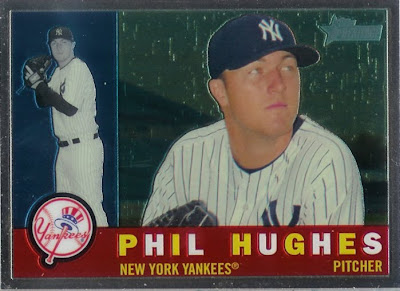 2009 Topps Heritage Phil Hughes Chrome /1960
The scanner never does justice to chrome cards. This card looks much better in person than it does here. This was the other throw in, and it was a nice add for sure after Hughes had such a great year. 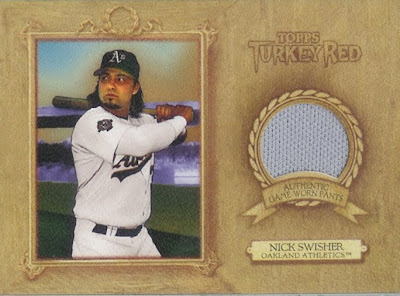 2007 Topps Turkey Red Nick Swisher Jersey
I haven't added much to the Swisher collection lately, so when he offered this up to me it was a must have. I never bought much of the Turkey Red product because I wasn't a heavy collector back then, but I knew what they were and I really liked them. This card looks very nice, nothing like having a piece of my favorite player's pants. Hopefully Swisher will still be wearing Yankees pants next season, as there have been many trade rumors floating around concerning him. I will seriously cry my eyes out if he leaves. 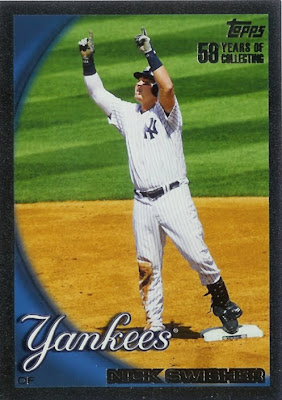 2010 Topps Nick Swisher Black Border /59
This was the card I've wanted for a while. I don't even have the gold border yet, but when I saw him pull the black border I knew I needed to take it off his hands. Swish now has 3 black borders to chase in 2010 Topps, as he has 2 base cards in the Update set that I haven't bought a pack of. This is a really nice card, and it makes the 115th card in my Swisher collection. Yay!

Thanks so much for the trade Mike! See Ya!
Posted by Drew at 4:22 PM