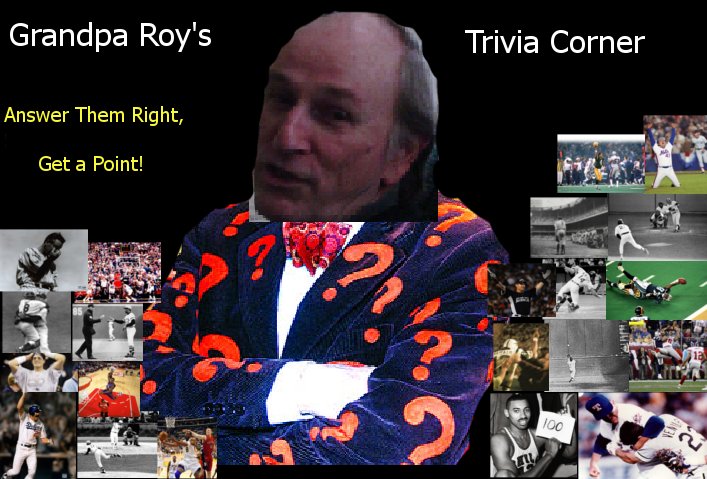 Hey guys, Drew back here. Looks like you guys struggled on the last trivia question concerning Cody Ross and 3 other 'similar' players. Here was the question again:

What 4 things do these 4 players have in common? The players are Carl Warwick, Cody Ross, Rickey Henderson, and Cleon Jones.

Only one answer was correct, guessed by my good buddy Schuyler, and here is that along with the other three...

It was much simpler than you guys thought, but as far as we can think of, these are the only 4 players to have this combination of talents. Less than 100 batters all time have this unique combination of batting right and throwing left, as it is much more rare than one may think. The following 3 just seperates these players from all of the others.

If you have another player that fits into this category, let me know, but we are almost positive that these are the only 4 players that fit under each of the 4 categories. Thanks for all of the guesses guys, and stay tuned for the next question!