Hey guys, Drew back here. I worked up a list yesterday of my top through the mails, and I figured I would share the list with you guys. I listed it based on player/celebrity importance in society, legacy, being a great signer, a success I never imagined to get back, and some of the players I had to pay to get did not get as high of a rank as other players. Well, here goes, starting at number 10... 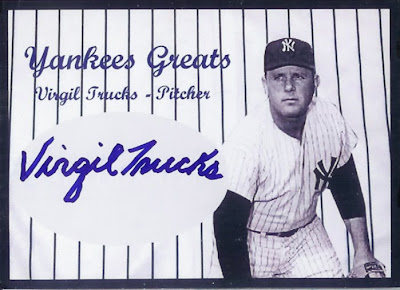 Virgil never was a star pitcher in any way, although he is one of few few pitchers to throw 2 no-hitters in the same season. He is a tremendous signer though, for free I got my custom signed, index card signed, inscribed, and stamped, a bonus card signed, a stat sheet signed, and a personal letter to me! For a 93 year old man, I find Mr. "Fire" Trucks a truly remarkable guy. 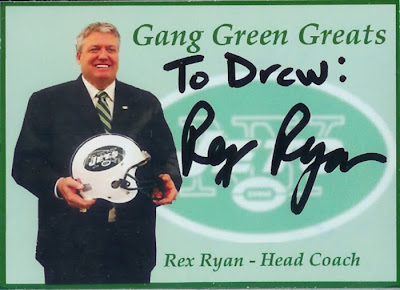 If the Jets couldn't pull out that game against the Lions he wouldn't be on this list, because he did many things that I questioned throughout the game. However, Rex was a longshot to get TTM, and I really like his attitude towards winning. Inscribed "To Drew", Rex Ryan was one of the better successes. 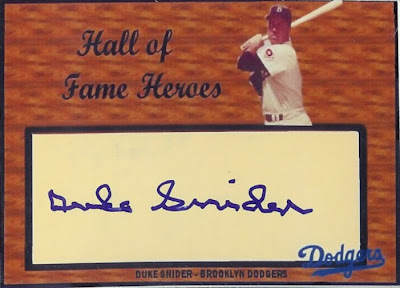 Duke Snider is one of the best Hall of Famers you can get right now. The 8 time All Star and 2 time World Series champion is now 84 years old and in not the best of condition. His signature has gotten more shaky as seen on my card, so hopefully things will get better for his sake. I am very glad I was able to get him though. 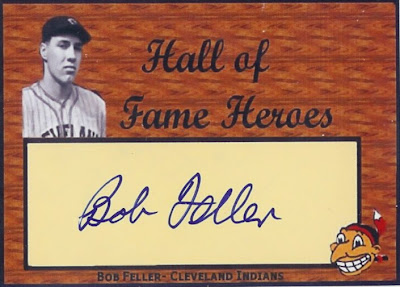 Another nice old school Hall of Famer success here. Mr. Feller, for 92 years old, has a legacy in baseball, and is a great man. After trying him earlier and getting my custom destroyed in the mail, I told him what happened and he signed my new custom for free! Not only is Feller a baseball hero, but he is an American hero as well for serving some of the years in his prime in military service. A legend indeed. 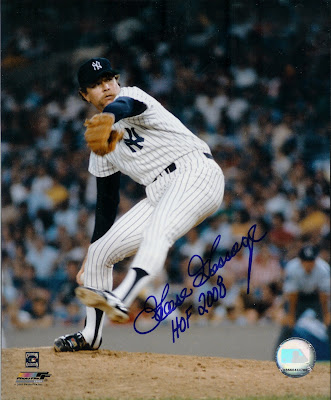 This one came in recently, after waiting about a month, but it was well worth the wait. As you all know by now, this picture will look beautiful with the other great Yankees signed pictures I own. Goose was one of the first great relievers, and he brought fear to all of the hitters he faced. The signature can be read with ease, as Mr. Gossage has one of the best signatures in the game. 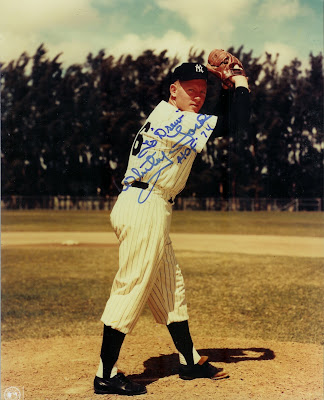 This guy would probably have ranked higher if I didn't have to send him $50 to get the picture signed. I gave him at least $20 more than I should have to get a success, because I already tried him previously only to get a price list. I couldn't think of much of a better Yankee to spend $50 on then the "Chairman of the Board", so I was thrilled to see the picture signed in all its glory. He inscribed it "To Drew, Whitey Ford, HOF 74". Awesome. 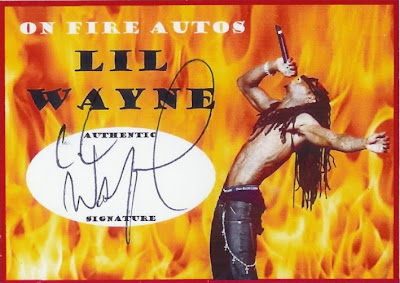 How often do you get the opportunity to get a great rappers autograph? Not often! I sent this custom card of Weezy to him during his recent prison stay for gun charges. I listen to a diverse amount of music and Lil Wayne has to be up there in my opinion in the rap industry. He seems like he's changed throughout the prison stay, thanking all his fans for the love and support and singling them out one at a time on his blog. This was a great success for me and I never imagined I would own a Lil Wayne autograph! 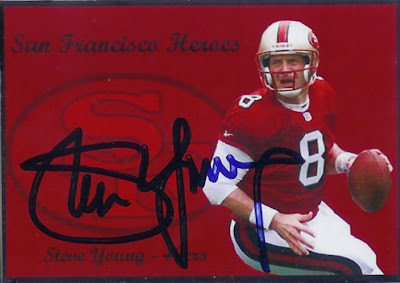 This card doesn't look spectacular by any means, but it doesn't matter, Steve Young, one of the best quarterbacks of all time, signed it! He has never been a consistent signer, but he has been as of very recently, so if you haven't tried him already I strongly suggest you try and try now! His signature is bold and beautiful and is a great addition to my collection! 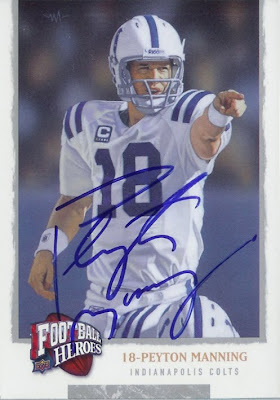 You can say that Peyton Manning is the best signing player in the NFL today, but no matter how often he signs for his fans, he seems to be the best free signer I can think of. Peyton has already left a tremendous legacy in football, similar to that of Steve Young, but getting to see Peyton play every week makes it more special to have his autograph than Mr. Young. Peyton has a great sig and I'm still pumped that I got him back. 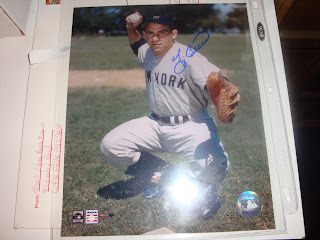 Without a doubt my top success! Yogi is in the top 5 best living Hall of Fame hitters for sure, you may argue that he is the best catcher of all time as well. He won 13 World Series and made 18 All Star Games! That is unbelievable! And I got him for free at that!

Well I hope you all enjoyed that! I started writing players letters way back, my first being to Jets wide receiver Brad Smith. I never got back from him, but then I wrote a letter to Iditarod racer Jeff King because I did a project on him, and I got my card back signed. From then on I've acquired 30 autographs for typically around 88 cents each. I started making customs after seeing what people were making, and I keep getting better and better.

If you haven't gotten involved in the TTM hobby, I suggest you do. If you need help getting started, shoot me an email to yanks1996wsc@gmail.com!