Hey guys, Drew back here. I decided to cram the rest of the stuff my dad gave me into one post, some nice stuff that I figured I should share with you guys. Let's get started: 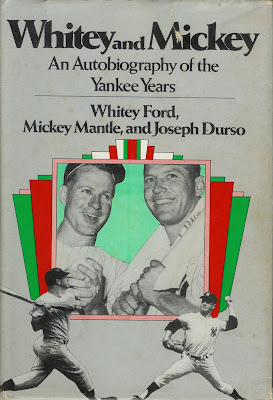 First is this book, an autobiography of Whitey Ford and Mickey Mantle. I used to be a big reader but I've certainly slowed down and barely read other than blogs and magazines now. But, I now own the Billy Martin autobiography, Sparky Lyle's autobiography, and this one, so it's kinda neat to have in the collection. 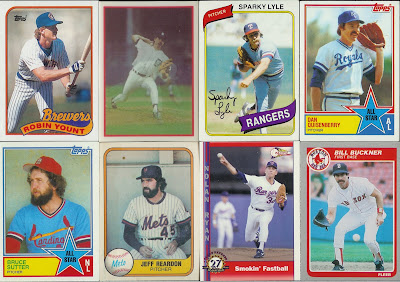 In the bag he gave me, there was one of those 35 card random lots that guaranteed 1 Hall of Famer per pack. I must've hit a hot pack, because I got 3 Hall of Famers in my pack! Also got a Sparky Lyle and a cool looking Jack Morris. 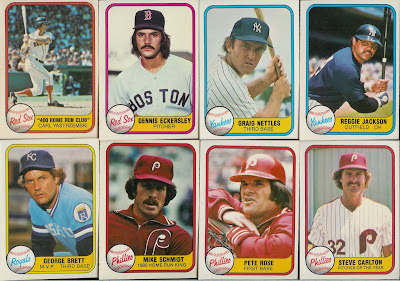 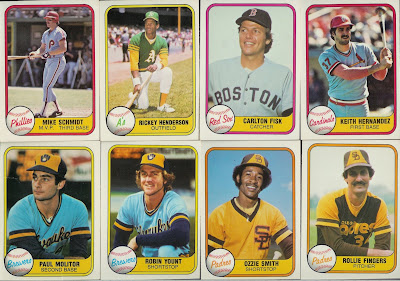 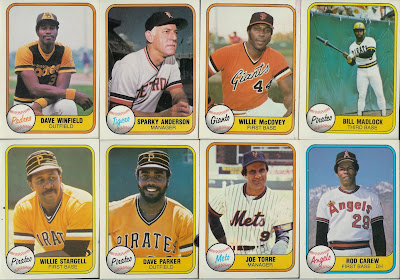 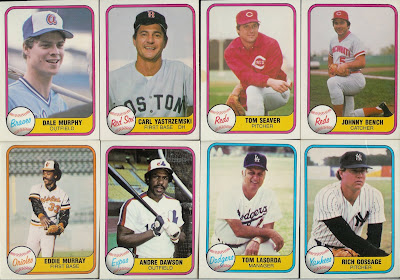 And lastly, a TON of 1981 Fleer, which isn't a bad set to get a lot of. I have a feeling we got at least half the set if not more, and these are just some of the highlights. Pretty sweet to own most of this though, the big rookies are the Kirk Gibson and Fernand Valenzuela. Actually it's Fernando, but there are a few special error cards, including a rookie card of "Fernand Valenzuela". Book value isn't enormous, in fact, just like 50 cents more than any other card, so it's no biggie, just cool to own.