Hey everyone, Drew is here, and yes, I am talking about Topps Traded sets. My dad bought me a bunch of stuff for my birthday at a yard sale, and this is the first part of I think 3 small parts. 2 of the pieces of the purchase were small Topps Traded sets, 1992 and 2000. 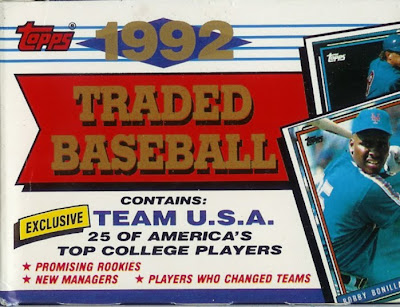 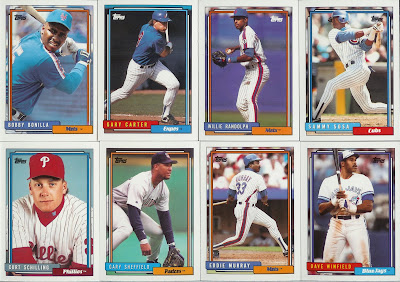 This is a nice group of guys, if all goes well, 6 of these guys will be in the Hall of Fame within the next 10 years. Murray, Carter, and Winfield are in, Sheffield, Schilling, and Sosa probably will be in. 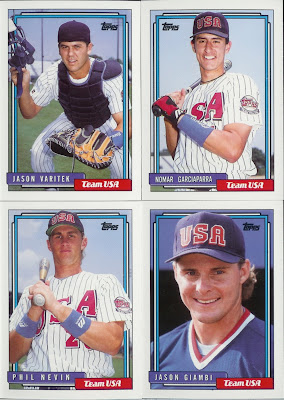 You may notice one of these guys doesn't deserve to be here, and that would be Phil Nevin, but he was the 4th best so I put him in. The other 3 rookies, Nomar, Varitek, and Giambi are all pretty nice cards. Very Red Sox populated but still good to have never the less. They all look so young! 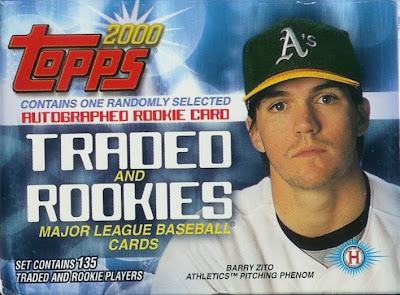 Now this, is an awesome set. You get all the rookies plus 1 random auto, and there's some sweet potential! And some not so sweet. 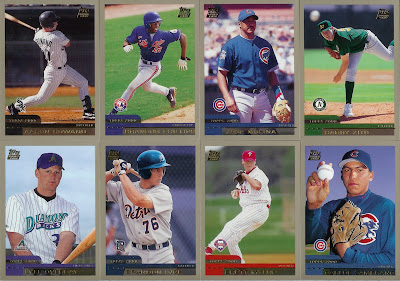 First are just some of the big name rookies in this set, Aaron Rowand, Brandon Phillips, Jose Molina, Barry Zito, Lyle Overbay, Brandon Inge, Brett Myers, and Carlos Zambrano. Not bad! By the way, I'm keeping the sets as 1 and no cards are for trade unless I specify it. 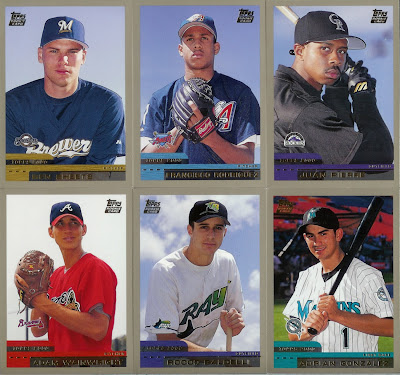 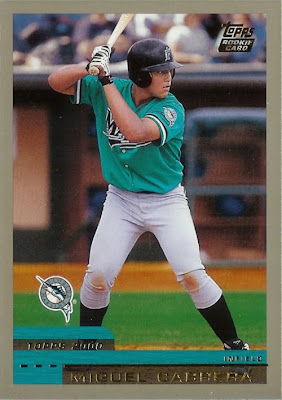 And a rookie card of former wife beater Miguel Cabrera! Miguel is putting up an outstanding season, possibly a Triple Crown candidate. 2010 was the first year that Miguel has been some what mature and more focused, and it's really paying off. It's a nice card to own right now as he's on pace to possibly become the first AL Triple Crown winner since Carl Yastrzemski did it in 1967. He will need quite a few home runs, and I doubt he'll get there considering he's behind by a lot. Should be interesting though.

And who will be the auto? Will it be this Miguel Cabrera? 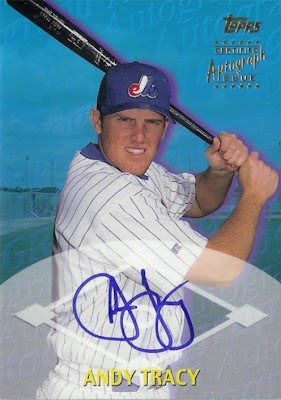 Nope. I don't know anything about Andy Tracy so I looked him up on Wikipedia. Looks like a prospect that never panned out. He's in the Phillies organization now. It's for trade if you want it, you don't need to offer me much.

And that is why my dad's catch phrase is "One man's junk is another man's treasure!" See Ya!
Posted by Drew at 1:00 PM