Hey guys, Drew back here, with some nice new mail from Check Out My Cards I got in today. I've made 4 or 5 purchases off the site, if you haven't seen it before I highly recommend it for single purchasings. I bought quite a few cards, so let's not waste any time and get to the cards! 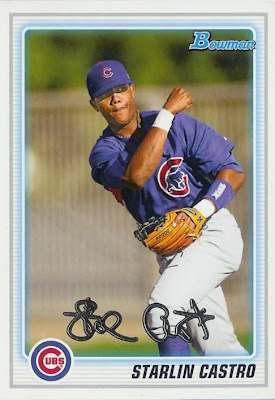 2010 Bowman Starlin Castro RC
Good rookie, was a leftover $ purchase, only cost 24 cents or so. I think this kid's gonna be a true stud so I'm definitely planning on hanging on to this. 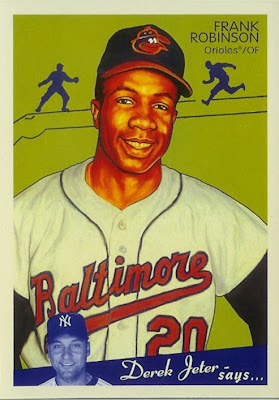 2008 Goudey Frank Robinson SP
Another nice one, now I only need 8 more to complete the Short Printed Legends set. This set has been a slow work in progress but I love the 2008 Goudey cards and they hold decent value too. 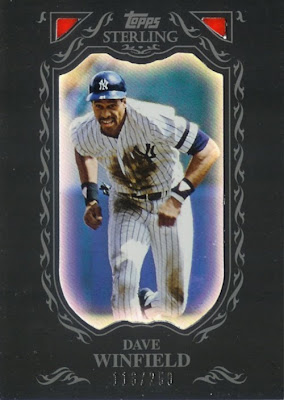 2009 Topps Sterling Dave Winfield /250
I never owned a single card from Topps Sterling, and now I get a general idea of why people buy it. Well, I still don't get paying over $200 for a box, but this is really nice, with a rainbow look in the background surrounding the player. The card is thick, but definitely pretty nice for 50 cents. 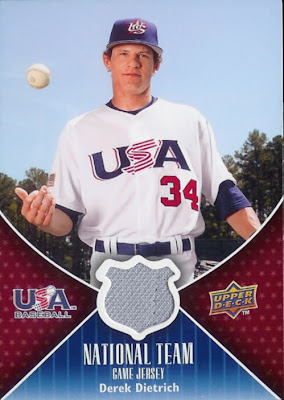 2009 Upper Deck Derek Dietrich Relic
I met Derek this year with my friend at a Renegades game, since he currently plays for them. He's a decent prospect, not really worth investing in, but I thought it was cool to have something of him other than the IP autograph. Plus, the jersey piece has stitching, and hey, maybe STEPHEN STRASBURG (bam, more views) touched it! 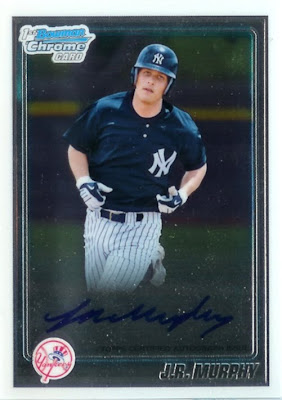 2010 Bowman J.R. Murphy RC Auto
J.R. is currently in the Yankees organization, as a young catching prospect with a lot of potential. Romine, Montero, Cervelli, Murphy, yeah, I think the Yankees will certainly be stacked at catcher when Posada calls it quits. Pretty happy to have this, hopefully he turns out! 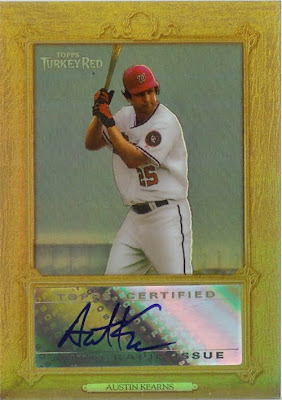 2007 Topps Turkey Red Austin Kearns Autograph
First of all, this card is beautiful looking. It's like a crazy rainbow! Even with the sticker it looks decent, although it would look better on card. It was only a few bucks, and he's on the Yankees postseason roster so I thought it would be a solid pickup, even though he probably won't be with us next year. 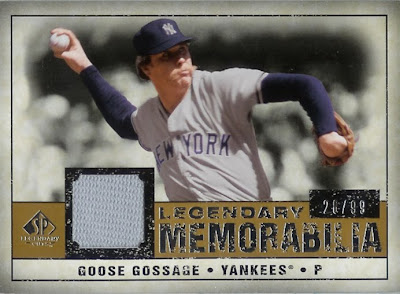 2008 UD SP Legendary Cuts Goose Gossage Relic /99
This card fits under 2 categories of my collection, mainly my Yankees collection but also for the 2008 Legendary Cuts set I'm starting to work on. Pretty sure this is the 9th or 10th, as you can tell I don't pay attention much yet, because it's going to be a work in progress for sure. Definitely cool to add to the mini Gossage collection too for sure! 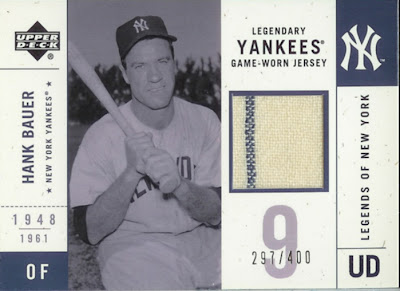 2001 Legends of New York Hank Bauer Relic /400
I didn't have anything of Bauer yet, so I saw this for a few $ and grabbed it. I love vintage relics, and it's numbered to 400 of a guy who played with the Mick, and was a great player himself. 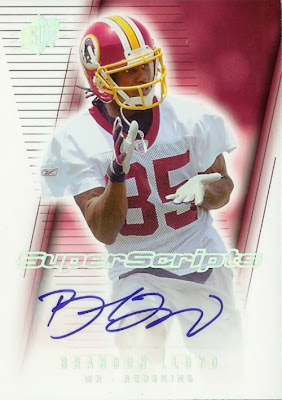 2006 SPX Football Brandon Lloyd Autograph
I needed to get something of this guy, because although he's been in the league for a few years now, he has finally amounted into a top notch wide receiver! Lloyd, now on the Broncos, is leading the NFL in receiving yards, with 663. Kyle Orton and him seem to make a great duo! 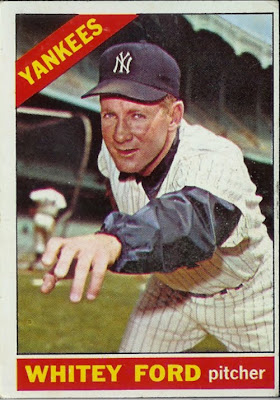 1966 Topps Whitey Ford
Even though he's in his second to last season in the MLB on this card, this is my 1st Whitey Ford card from his playing days and I will definitely always hang on to it. The off centering is bad, and the corners are ok, but the surfacing is nice and the card looks great in general. Every time I make a purchase on COMC I always pick up a vintage card. Vintage has never been my thing, but I always love adding great old cards to my collection! 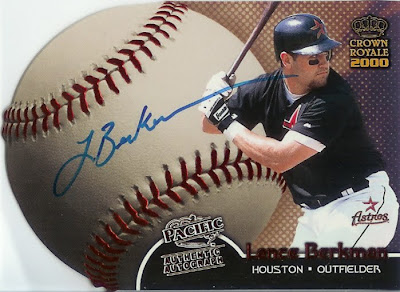 2000 Pacific Crown Royale Lance Berkman Rookie Autograph
This is also a very nice looking card. I had to pick up an auto of one of our big mid-season acquisitions, now I just need an autograph of Kerry Wood to get the 3 new guys! Berkman has had a great career, with a career batting average of .296 and with 327 longballs, and was elected to 5 All Star Games! At the age of 34, he may only have a few semi-productive years left but he's gonna be known as one of the better hitters of the last decade. 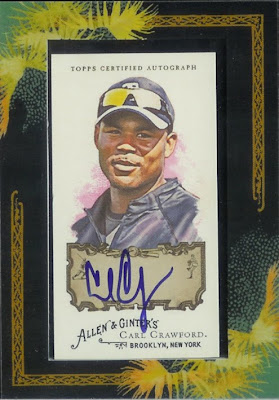 2008 Topps Allen & Ginter Carl Crawford Autograph
This was the big card of the purchase! Crawford has always been a favorite of mine, and now since he's a free agent and the Rays can't afford to keep him, I would love to see him on our team. I don't know how we'd fit him in, we would have to bench or trade Gardner, which would be tough because he's been a pretty solid player for us. Nevertheless, an auto of one of the top hitters in baseball can always make my day better!

I've said it before and I'll say it again. Check Out My Cards is a great website, and I definitely recommend that you check it out. What do you think of my new goodies?