Trade on the Sports Card Forum

Hey guys, Drew back here, with a trade post, this one from a guy on the sports card forum, here's some pics: 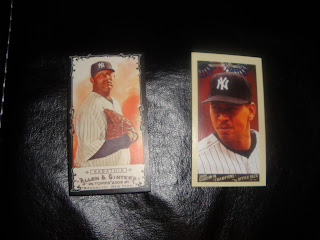 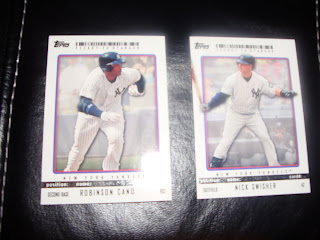 2 Ticket to Stardom's, Cano, and Swisher, both needed for PC, sweet! 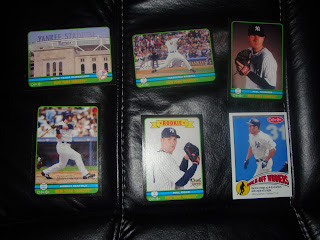 A lot of O-Pee-Chee, tons of Black Borders and then a Damon Walk off Winners, but this was one of the O-Pee-Chee Kings of the day 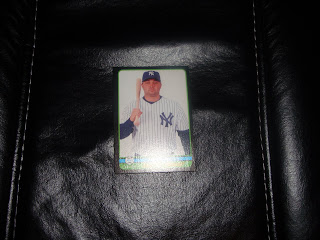 *click to enlarge*
This is the Swisher mini black border, which he just happened to have, and wa-lah, it's now mine! 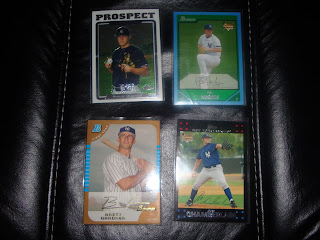 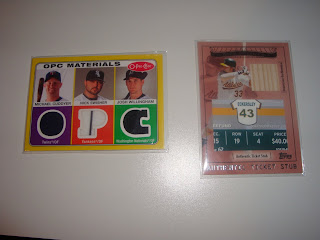 Well, every awesome card addition post must come to an end, but I made sure this end would be awesome, but it is. I picked up both of these from him for that Michael Bowden Red Sox autograph, and got the O-Pee-Chee triple relic with Cuddyer and Willingham, and a Ticket to Stardom bat ticket relic card /2 hundred something. I actually like this card quite a bit, and I need the dual to finish off Swisher's Ticket to Stardom hits, but I'll still need a ba-jillion parallels. Got another sweet trade with Beardy too that I need to scan, I'll have it up tonight or tomorrow. See Ya!
Posted by Drew at 3:06 PM