Hey everyone, Drew back here! About two or three weeks ago, I made my first purchase on JustCommons.com. As many of you may know, I am a big fan of COMC.com, and I even have a store on their site (shameless plug, couldn't help it). However, I've since learned that ordering base cards tends to add up quickly on COMC, and that I could find cheaper base cards on other sites. I have heard a lot of people talk up this site, and decided to give it a shot. For about $15, I was able to acquire cards of all of my PC players, as well as some set needs and much more. The purchase netted me with 7 new Joe Panik cards, which is the subject of today's post. 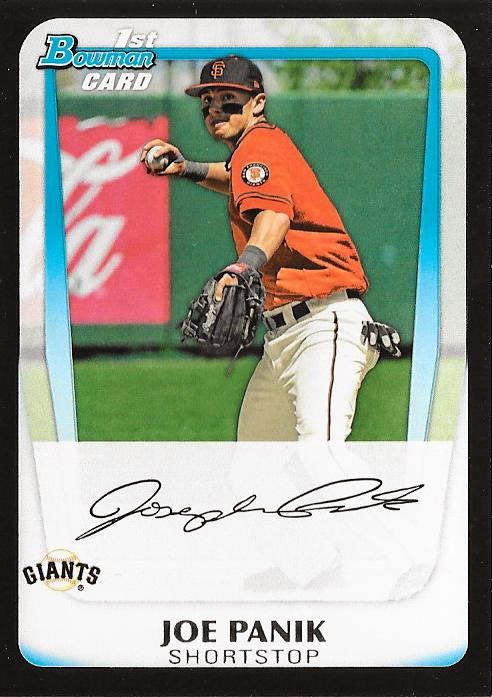 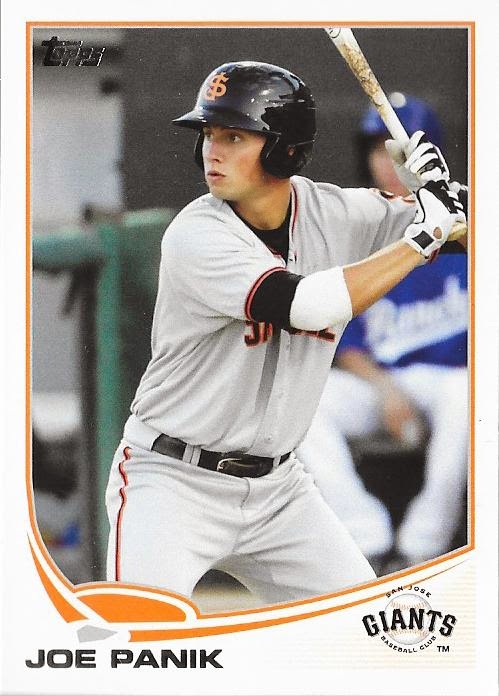 I finally got a hold of Panik's first Bowman card, from the 2011 Draft Picks & Prospects set. Joe started the season struggling at the plate, but he's been picking up for that over the past week. He is now batting .281 this season with 3 RBI. 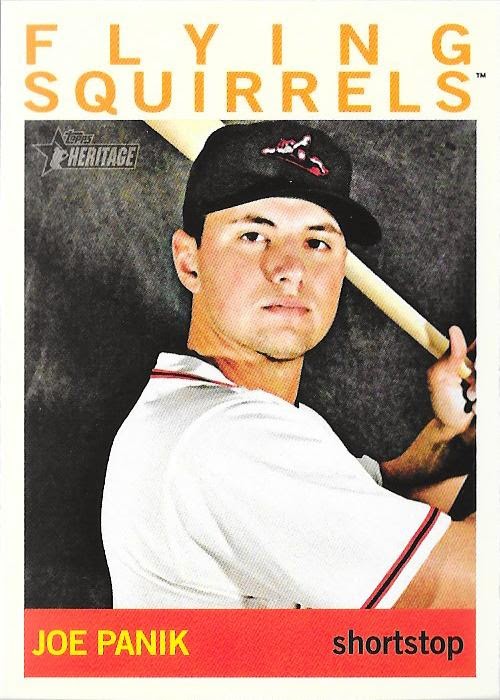 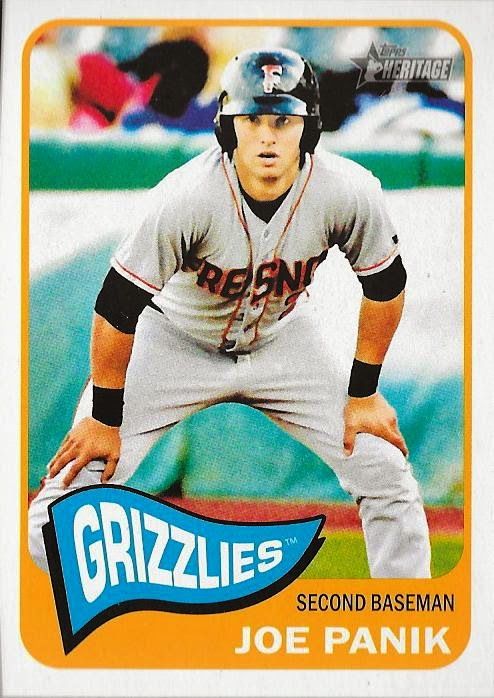 From everything I've seen of Joe's past performances, his speciality seems to lie on the defensive side of the ball. He obviously made a fantastic diving stop in the World Series to start what would be a double play after it was reviewed, but he's frequently known to flash the leather and it's impressive to watch! He appears to be a pretty one dimensional threat at the plate, but is a pretty good contact hitter at that. Panik doesn't appear to have much pop in his bat, but as long as he can get hits he'll have a spot in a lineup for years to come. 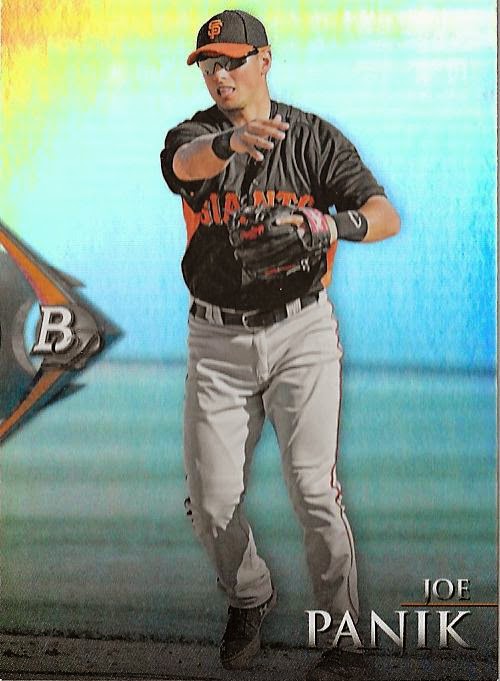 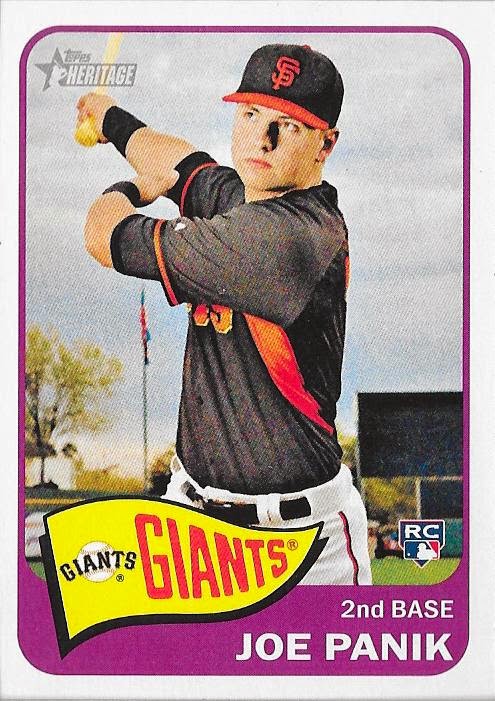 Panik's 2014 Topps Heritage High Number card is his official rookie card, whereas all of the previous cards are considered prospect editions. It is my favorite card of his that has come out so far, and I would love to get my hands on one of the autographed copies. This will certainly do for now. 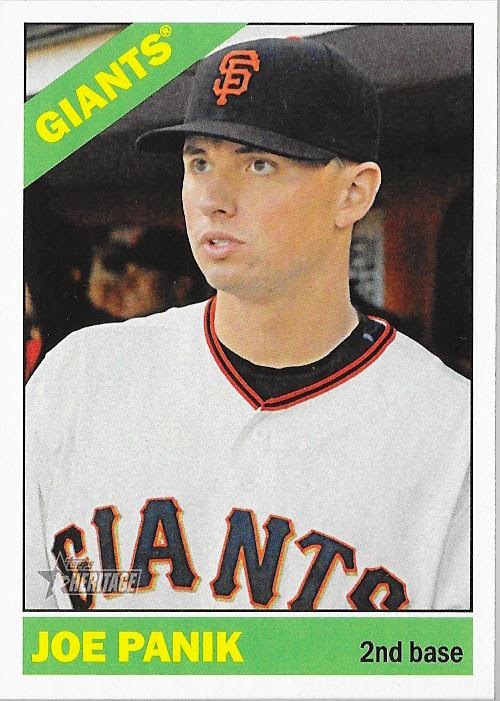 Finally, we have his first card of 2015, out of Topps Heritage once again. I can't wait to see his flagship debut that hopefully will be in Series 2, because this card doesn't do much for me. It is nice to have a card of Joe in his home San Francisco uniform rather than in batting practice or minor league jerseys!

With these 7 pickups, I now own 11 unique cards of Joe's in my collection. If you have any cards of his for trade, take a look at my checklist and feel free to email me at yanks1996wsc@gmail.com!