Hey guys, Drew back here! Last Saturday, I posted my Bryan Cox TTM success thinking that I probably wouldn't be getting any more Jets requests back for a while. I had already gotten 5 of the 8 players back in a couple month span, and I was expecting it to slow down. Sure enough, later that day I found this success in my mailbox; easily my favorite of the bunch and now some of my favorite autographs in my football collection! 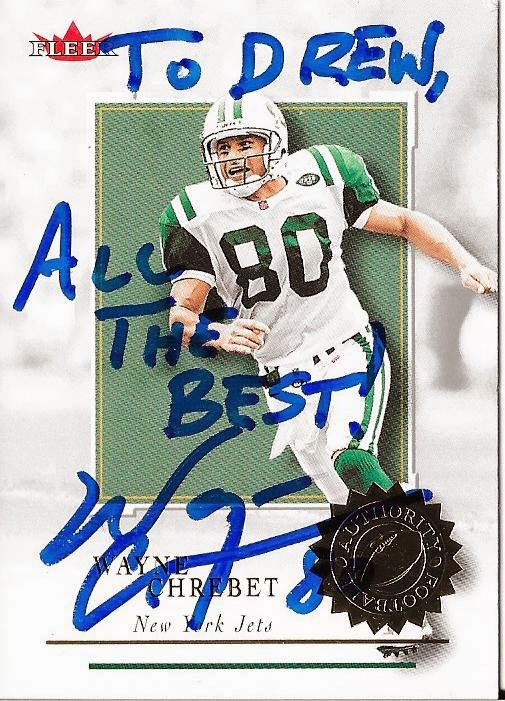 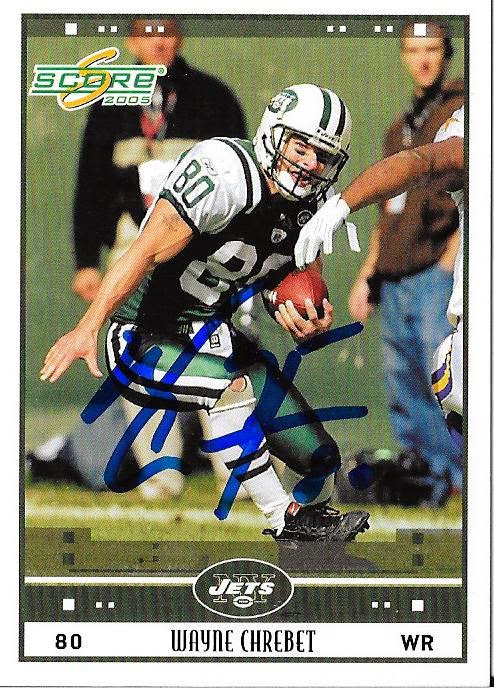 Believe it or not, I grew to love watching football before I got into baseball, and I remember going to a game a year with my Dad for a few years in a row. Wayne Chrebet was one of my favorite players to watch, and I think it was just because he was tough especially for his size. Wide receiver is advantageous to taller players, and I may have a half inch on the 5'10 Chrebet. But he pushed for every single yard, and while it ended up costing him in the long run with concussion injuries, it was well worth the legacy he left behind in New York.

He was undrafted out of Hofstra University, and was considered the 11th best receiver at Jets training camp when he walked on in 1995. Apparently on the first day of camp, a security guard wouldn't even let him into the field because his size didn't make him look like a football player, but he proved all throughout those weeks why he belonged. The rest was history. Wayne may not be a Hall of Fame caliber player, but he's one of those players that you love to root for. Think of Rudy Ruettiger's story without Hollywood's twists and turns and you have something like Chrebet. 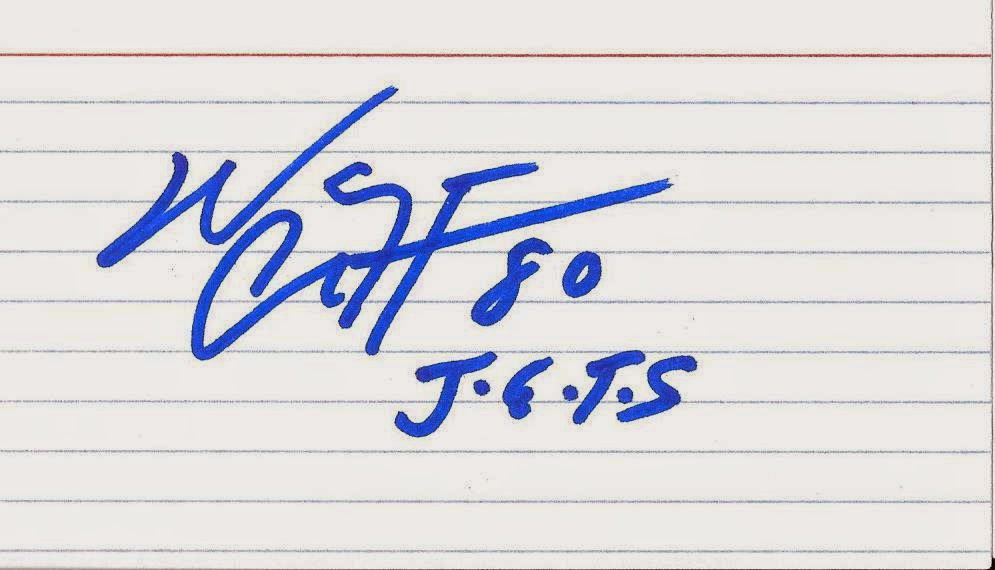 He retired in 2005 due to a severe concussion injury, but the play that took him out of the game for good still ended as a hard fought catch for a first down. Last year, he was inducted into the Jets Ring of Honor, and it was special to see such an amazing man and player get his due.

Mr. Chrebet made my day, signing a 2005 Score, and personalizing a 2001 Fleer Authority Prominence card out "To Drew, All the Best!" He also signed my index card, inscribing his number 80 and J-E-T-S. It really doesn't get much better than this for me as a Jet fan, especially since no player that has come through the organization since Curtis Martin and Wayne Chrebet called it quits has struck me the same way.

Thank you for all the memories, Wayne Chrebet. See Ya!
Posted by Drew at 11:00 AM