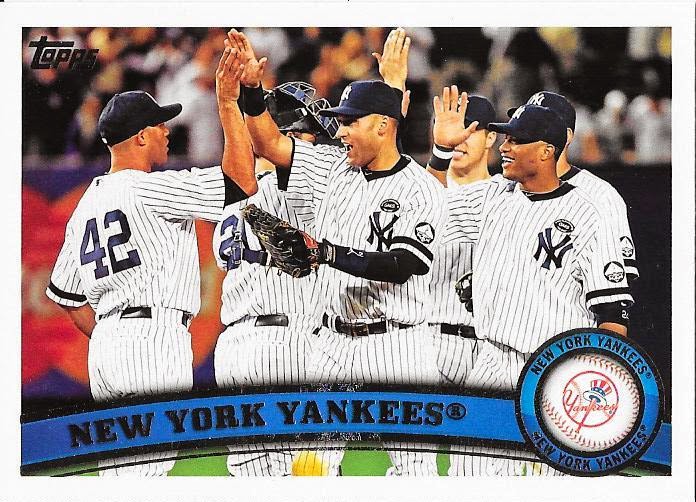 Hey guys, Drew back here! I didn't realize until the other day, during midterm week no less, that last baseball season was the 10th year I've been following the game. It's amazing how quickly the past decade has gone, and how many memories baseball has made me. So, I decided to construct a team in recognition of this. I wanted to make a Yankees team using the best overall seasons for each position between 2005 and 2014, filling each slot with players specific to that role. Rather than stacking the bench with the superstars who just missed the cut, I wanted to keep things realistic. It may go a bit over budget, but it is the Bronx Bombers we're talking about. Without further ado, let's take a look at the results! 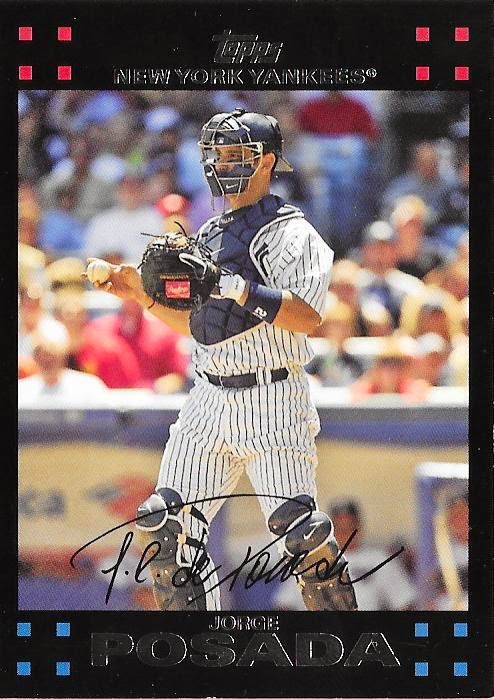 Jorge was the best Yankee catcher since Thurman Munson, and it's only fitting that we start this team with the player with the heart and soul he possessed. His On Base Percentage of .426 was not matched by anyone else on this team, and although his defensive performance wasn't always Gold Glove caliber, who could go against a team leader who can switch hit for power and average? 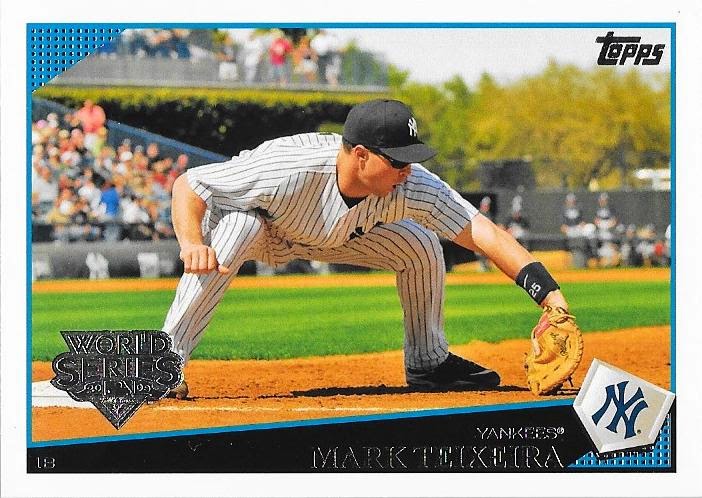 Tex's first year in New York was much better than what would follow. Due to injuries, we wouldn't see this type of production past 2011, but he was a key player all throughout the year, and helped lead the Yanks to their 27th World Championship. He was the runner up for MVP behind Joe Mauer, and won a Gold Glove and Silver Slugger to accompany a fine season. 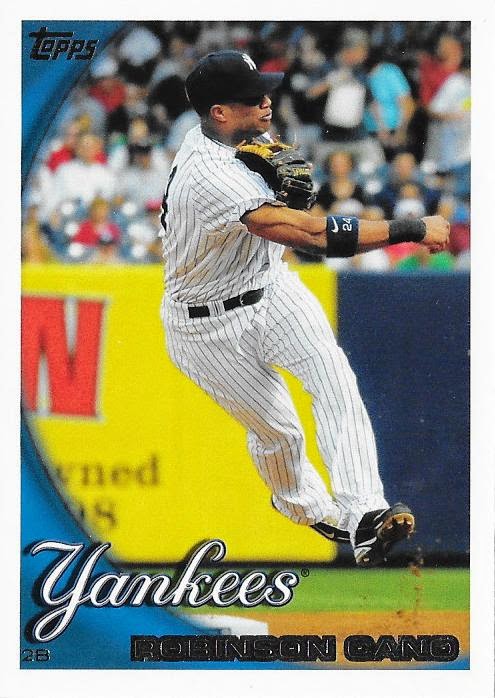 It was difficult to choose Cano's best season in New York, but I ultimately decided on 2010. He finished only behind Josh Hamilton and Miguel Cabrera for AL MVP and also came up with Silver Slugger and Gold Glove awards! Robby was the first Yankee I got to see fully develop into a star player, and it was fun watching him dominate the second base position for so long here in the Bronx. He could do it all, and we'll certainly miss that with Stephen Drew slabbed as our Opening Day second baseman in 2015. 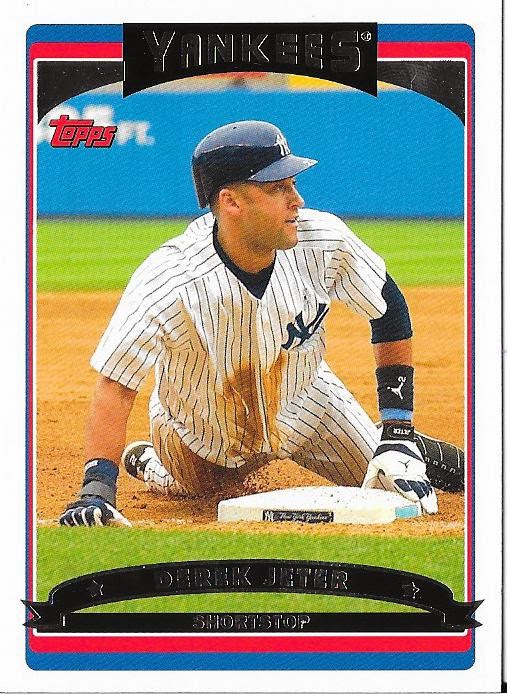 Jeter was 31 years old when I started watching him play, so for the average player he would've only had a few "prime" seasons left. Luckily for us, we got to see the Captain perform above average (at least offensively) until he was 39! New Yorkers feel that Jeter should've won MVP ahead of Justin Morneau in 2006, as it was one of his best seasons of his career. He also won a Gold Glove and Silver Slugger this year (catch a theme?), so not only is this offense loaded with hitting, but they could also hold their own in the field. 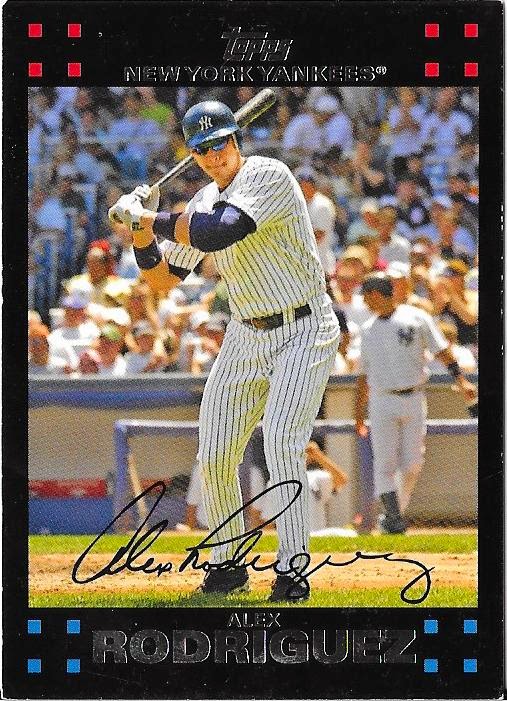 A-Rod put up video game numbers in his second of two MVP awards he took home with the Yankees, only possible with the help of performance enhancing drugs. I would've tried to find ways around having him on this team, given how much of a head case he is, but there really wasn't anyone else qualified enough to take the hot corner. I was a huge fan of Alex's at this point in time, and I can definitely credit his enormous statistics to keeping me interested in the game when I was young enough to simply walk away (I was 8 in 2005). While most of us aren't fans of his at this point, there's no denying that he would make a perfect cleanup hitter for this roster. 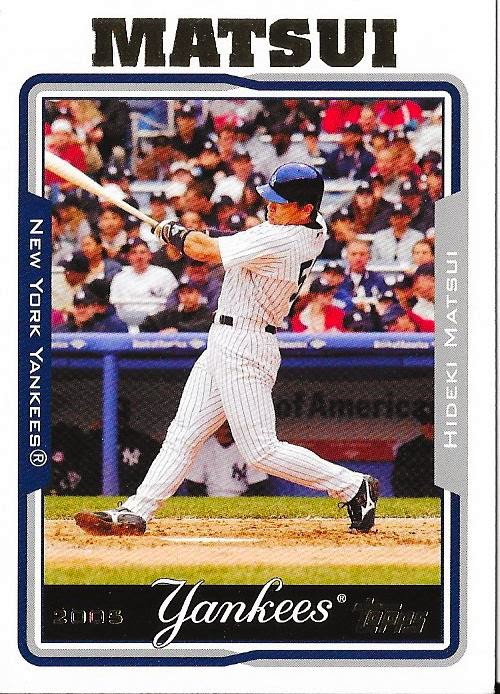 He was one of those guys that was taken for granted. He wasn't a Gold Glove caliber player in the field, but give Godzilla a bat and he was almost certain to make you pay. Matsui broke his wrist in 2006, breaking a total streak of 1,768 consecutive games played (1,250 with Yomiuri, 518 in NY). He was never really the same player after the injury. In 2005, however; the guy was unstoppable. He was recently named as an advisor to General Manager Brian Cashman, and Cash could not have picked a classier player to help represent playing in pinstripes. 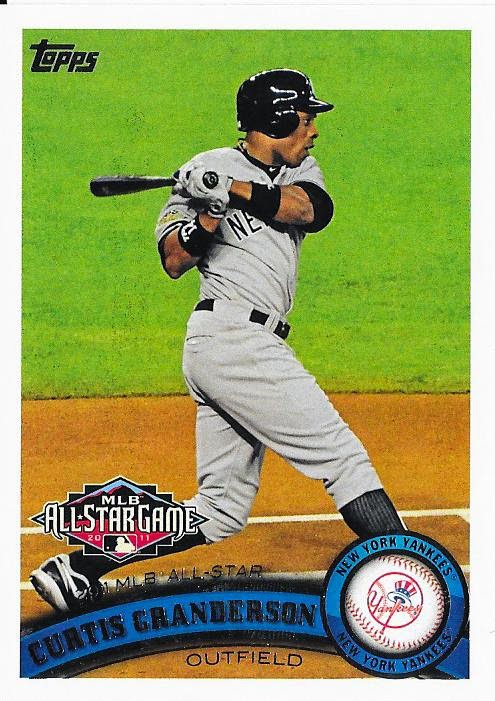 Grandy and I had a love-hate relationship through his four years in New York. I loved him as a person, but sometimes I couldn't take his inconsistency at the plate. Sure, he clubbed over 40 home runs in back to back seasons, but he also struck out well over 100 times both years. But his 2011 season was the best of any center fielder's in this span (sorry, Bernie), as evidenced by his inflated stat line and 4th place MVP finish. He led the league in runs scored and RBI, stole 25 bases, and played above average defense to boot. I still root for Curtis with the Mets, but his power/strikeout style isn't exactly my favorite approach to watch. 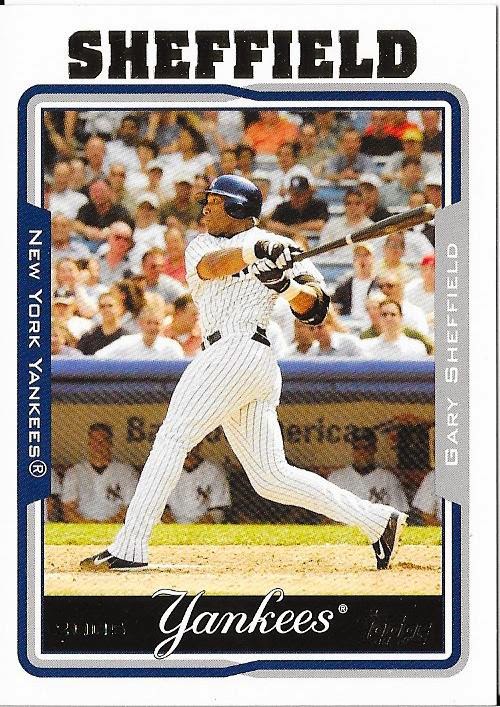 While Jeter was always my all time favorite Yankee, Gary Sheffield was my first favorite "role" player of sorts. Sheff would've been the star of most other teams, but in New York he wasn't exactly the one selling tickets. It excites me seeing him on the Hall of Fame ballot, but I truly feel that he's just a Hall of Very Good player, despite his 500+ career home run achievement. But in 2005, he put together a Hall of Fame quality season, doing a little bit of everything. He and Vladimir Guerrero in particular were lethal weapons during their prime, and it was fun to see balls rocket off his bat (unless you were sitting in the left field field level seats, then watch out). 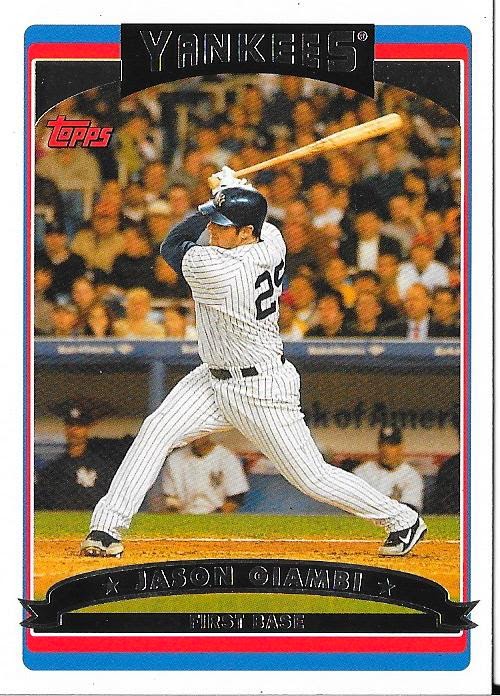 Giambi was a mixed bag of tricks late in his Yankees career. Often injured, with or without that weird moustache, and constantly mentioned in steroid allegations. But 2006 was his final "great" season, and he will provide an extra boost of power to a lineup that doesn't really need it, but wouldn't mind it either. He could also serve in a small platoon situation with one of the bench players, hitting mostly against right handed pitching. 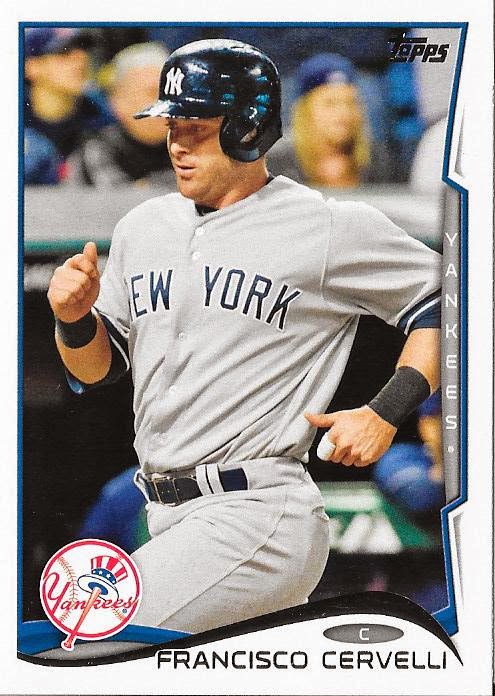 Cervelli played with passion in his 7 partial seasons in New York, and will back up Posada when he needs rest. He can provide a spark with his bat, and while he wasn't the best defensively either, you know he will play to the best of his ability every time he's called upon. 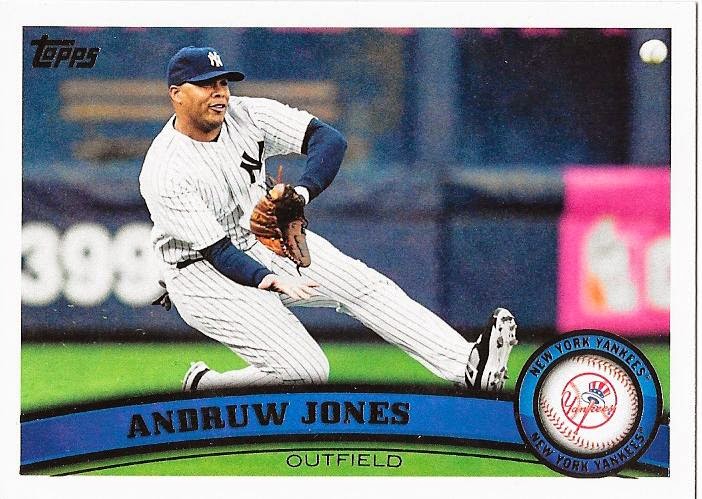 Jones will platoon with Giambi and hit mostly against left handed pitching for this team, as he did extremely well in 2011. He batted .286 vs. left handers, hitting 8 of his 13 total home runs. Jones can also contribute as a backup outfielder, and though he was a former superstar defensive player, he won't quite bring that tool to the park as a 34 year old. 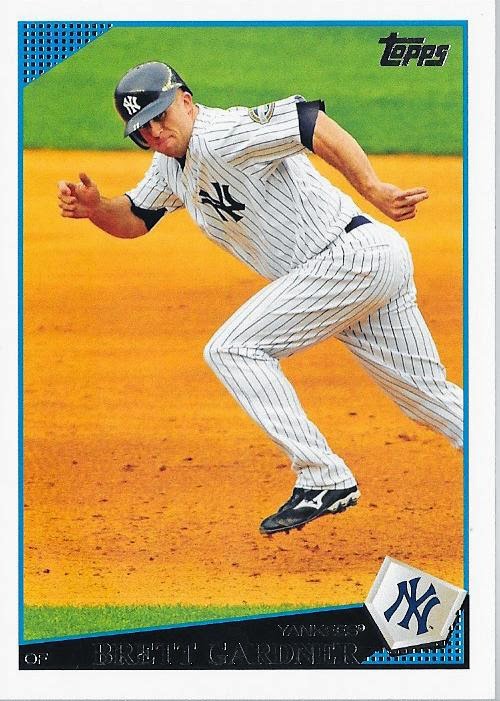 I would have loved to use one of Gardy's better seasons for this slot, but unfortunately according to my rules I had to take a year in which he wasn't a starter. He provided an excellent spark off the bench for the World Series team, and would eventually develop into one of my favorite current players. He'll be the preferred backup outfielder over Jones for this team, and the perfect late game pinch runner as well. 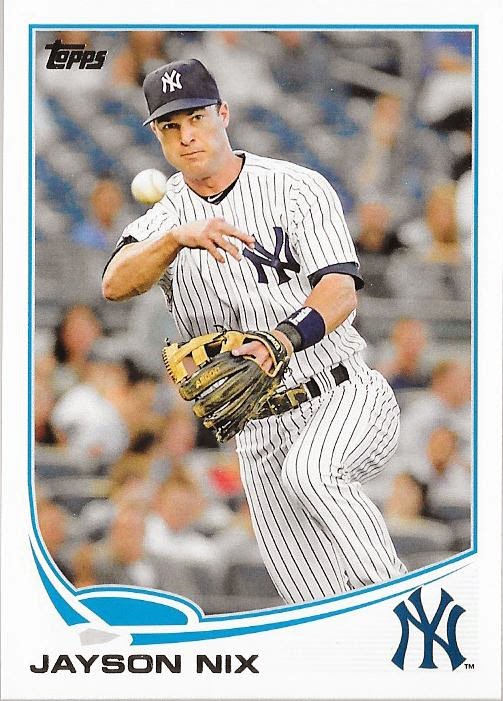 I always enjoyed the versatility of Nix, and I feel like most teams should have a guy capable of playing multiple positions. I could have went with Eduardo Nunez, but his versatility felt forced as he made far too many errors too often. Nix was sure-handed, and he wasn't an automatic out at the plate either.

The Yankees may have won the World Series just in 2009 since I started following the team, but as you can see, there have been so many fantastic individual seasons compiled throughout that time. I also constructed a pitching staff, and will have that posted tomorrow to complete the 25 man roster! Please feel free to comment with your thoughts on this team, as well as any changes you would consider, and if you would like to use this idea for your team on your blog, be my guest!