A Sigh of Relief from Spring Training!

Hey guys, Drew back here! After a bit of a delay, Spring Training got a little bit better for me. I received two TTM successes on Monday, both from two above average relief pitchers; the first of which used to play for my favorite team! 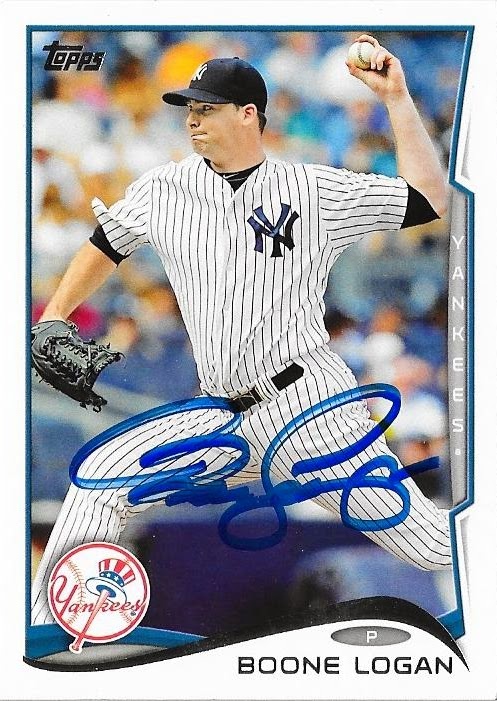 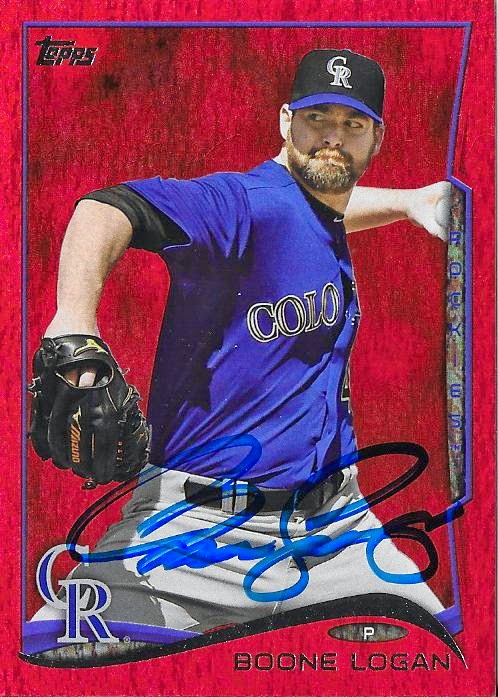 I just recently chose Logan as my left handed specialist in my All Yankees team bullpen, and it was ironic that these came back the day after I published my choices for the pitching staff. Boone was a huge part of our bullpen success for 4 years before he fled for the Rockies last year. He was originally part of a trade that sent Javier Vazquez to the Yankees for his second stint and Melky Cabrera to the Braves. Little did we know, Logan would be the more important piece of the deal than Vazquez.

Boone signed 2 2014 Topps cards for my collection, one from Series 1 and the other from the Update Series. The Update Series card is one of the red parallels, which I pulled from a blaster box last Christmas. Both cards came out great signed in blue sharpie! 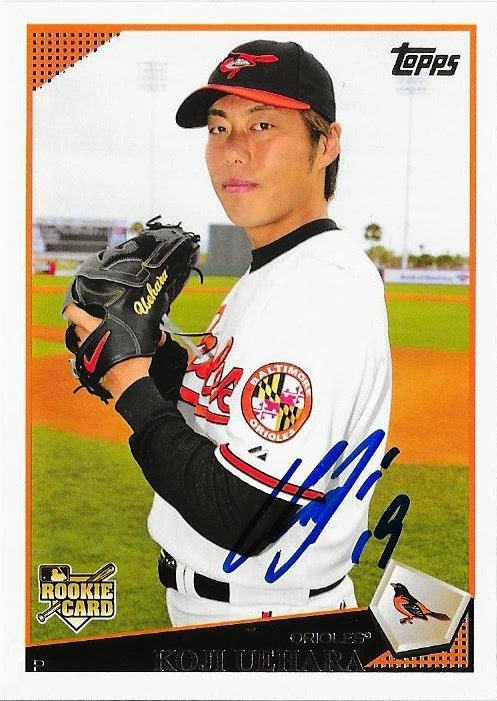 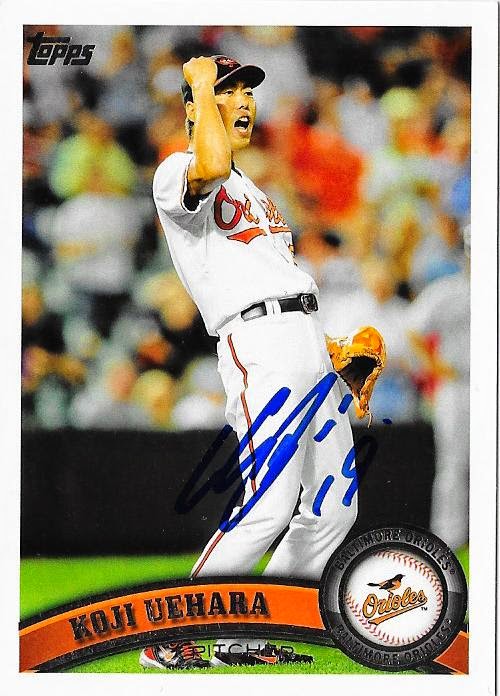 If you've been really paying attention (it's okay, I don't expect you to), you may remember I mentioned getting an RTS already this Spring from Koji. I sent to the wrong Red Sox address, which appeared to be an issue for several forum members I know of. This success was from a request I sent last year to the right address, one that I had already written off. The moral of the story is to never write off any of your TTM requests. He was becoming my TTM White Whale, because I believe I sent to him three times without a success. Anyone who knows about through the mail successes in baseball know that Uehara has been one of the most consistent signers in the game for years.

Finally, I have my 2009 Topps and 2011 Topps signed nicely in blue with his number inscribed! From what I've seen, he signs his full name on certified autographs, rather than just the first name he exhibits on his TTM signatures, but that's perfectly okay with me. Uehara has been one of the better closers in baseball for the Red Sox, which is impressive considering he started his MLB career at the age of 34. Last season he was named to the All Star Team, finishing the season 6-5 with a 2.52 ERA and 26 saves. I may end up targeting him in my fantasy baseball draft tonight; who knows.

I was recently able to create a page on my blog that links directly to a Flickr account I've set up. Flickr seems to be a great service for uploading pictures, offering 1 TB of free space that I've barely even used so far. If you would like to check out some galleries of signed baseball cards, football cards, baseball pictures, signed baseballs, you name it; give it a look!