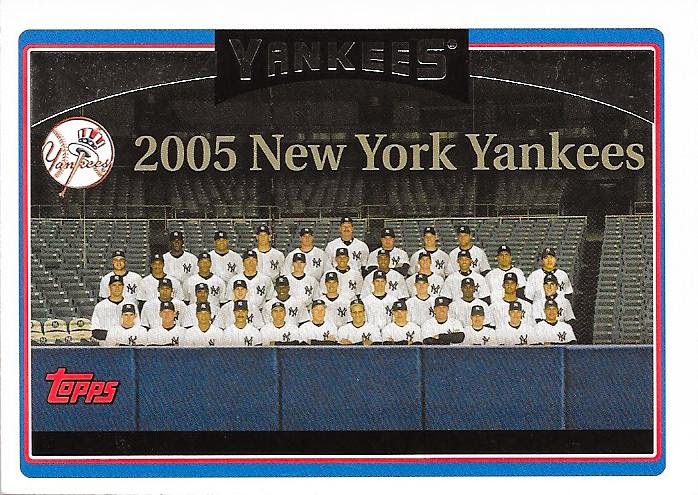 Hey guys, Drew back here. I really appreciate all the feedback I've been getting on yesterday's post about my "All Time" Yankees team constructed with players I've gotten the opportunity to watch growing up. It may not be applicable to many of you out there, but I know there are some people who can relate as Yankees fans especially that we've gotten to see some special baseball over the course of the last decade. If you haven't read yesterday's post yet, I highly recommend you do before coming back to this article.

Today, we'll take a look at the other 12 men who cracked my roster. I've created a 5 man pitching rotation and a bullpen, making sure to give each role to a season and player that fulfills it. For example, there is one pitcher on this list who built up his career as a set up man, but because the set up man position was already filled, I used one of his earlier middle relief positions instead. 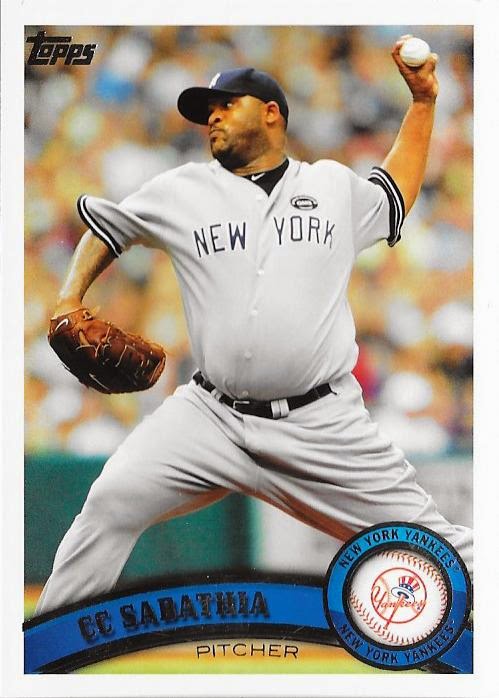 Today, it may feel like we threw a lot of money away with the Sabathia contract. How could it not? He's starting to break down considerably, and he still has 3 full seasons left on his contract making at least $23 million per year. But before we give him the A-Rod treatment, let's just remember that this is the same man who helped the Yankees win the World Series in 2009 and finished in the top 5 of Cy Young Award voting in his first three years in New York. We could almost build an entire rotation based off of his Yankees tenure alone, but I ultimately chose his 2011 season as his best in the Bronx. Between his Yankee best 3.00 ERA and 230 strikeouts, C.C. was in dominant form during his age 30 season. 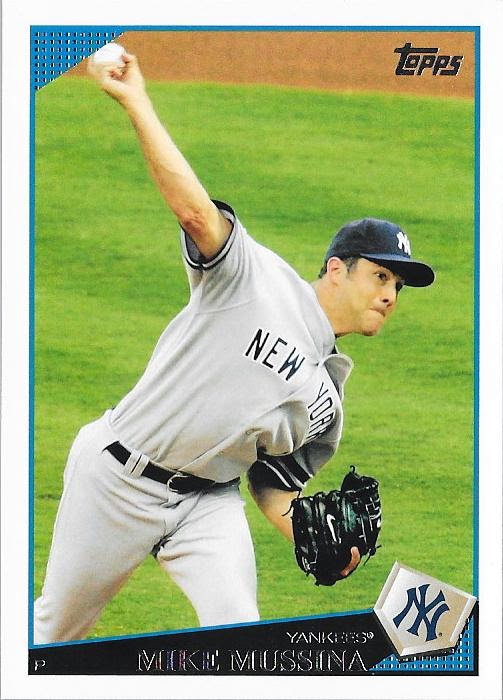 Jeter and Mariano may have had a going away tour filled with gifts and recognition, but Mike Mussina ended his career with his best season since the start of his Yankee tenure in the early 2000's. "Moose" won 20 games for the first time of his 18 year career at the age of 39, and was the most dependable pitcher on the team that season. He is the only player from the 2008 season that made my list, and it was well deserved. 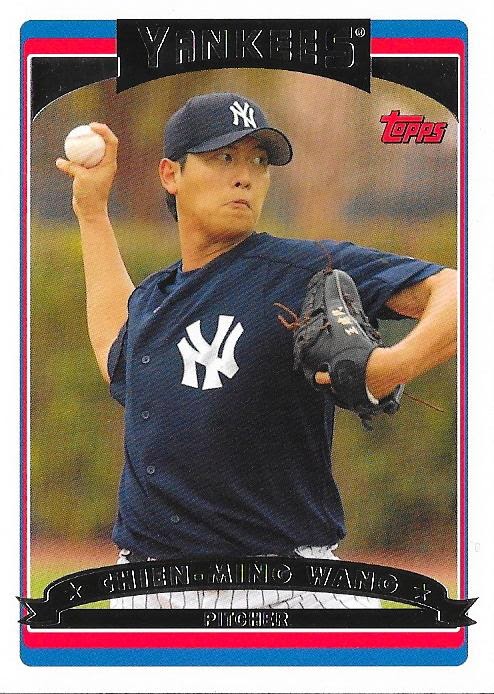 I remember when Wang was first called up, and by watching him pitch it was hard to believe he would amount to what he did in that short time span. But he was dominant as a ground ball pitcher early on in his career, until a freak baserunning injury in Houston took him out of the zone he had been growing accustomed to. He was arguably the best pitcher in the league during that two year stretch alongside Johan Santana, but the longevity wasn't there. It's pretty sad, actually. On this list, however, we acknowledge the best seasons around, and there isn't a doubt in my mind that Wang belonged right in the thick of this staff. 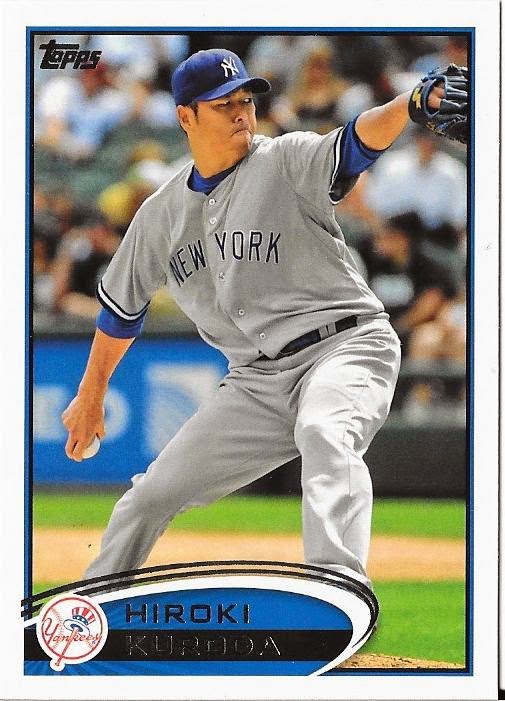 I was skeptical of Kuroda when the Yankees first signed him the offseason going into the 2012 season. He was always falling a bit short of being regarded as an All Star caliber pitcher thanks to little to no run support with the Dodgers. Eventually, I warmed up to him, and he earned every bit of my appreciation. In case his first season under the bright lights of New York wasn't good enough, he topped it off with a few great postseason starts. Kuroda pitched pretty well in each of his three seasons here, and is now headed back home to Japan to pitch for the Hiroshima Toyo Carp, his former team. Good luck, Hiroki. 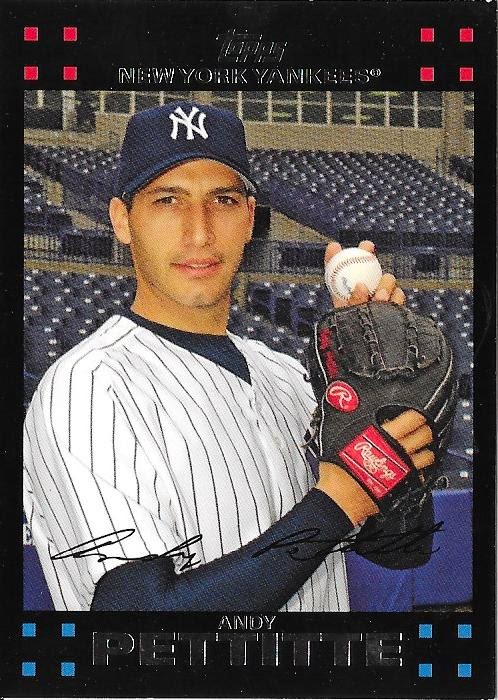 Believe it or not, I originally did not have a spot on this list for my all time favorite starting pitcher. I had to move him ahead of Randy Johnson's 2005 season to put him on the list, and I don't think it was too far fetched to do so. Johnson had a better ERA, 2 more wins, and a considerable amount of strikeouts more than Andy in his first year with the Yankees. But Pettitte, unlike Johnson's Yankees playoff performances, was known as one of the most clutch Yankee playoff pitchers in history. I would take him over any of the previous men on the list in a Game 7, must-win situation, because he came to compete every chance he had. Also, Johnson gave up 32 home runs in 2005, and at 41 years old, he couldn't be counted on nearly as much as his contract suggested. So, in the end I went with Pettitte, because I could not fathom a Yankee team in my lifetime without him in it. 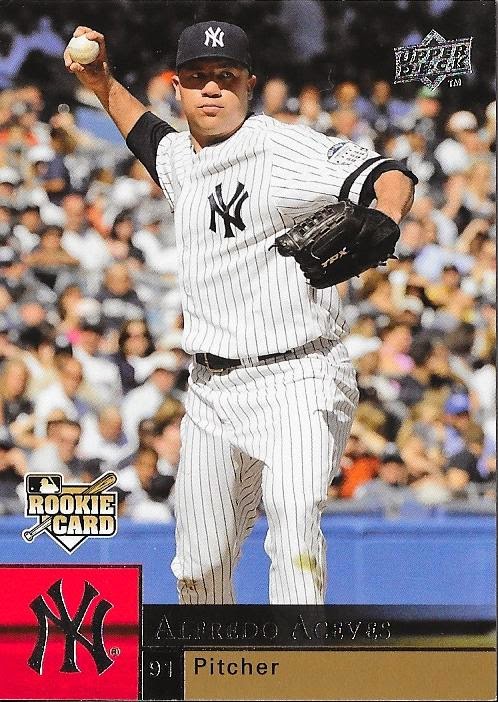 Aceves was the guy to call in 2009 when the starter didn't perform up to par. He came in any situation at any given time and could even work multiple innings when necessary. The 84 innings he threw in 2009 were over the course of 43 games, meaning that a majority of his appearances were not small roles in the outcome of the games. No wonder why he won 10 games that year.

He had been a consistently good reliever since 2003, and the Yankees gave him a call in 2011, signing him to a Minor League deal. Ayala made the Opening Day roster and was one of Joe Girardi's go to options in the bullpen that year. 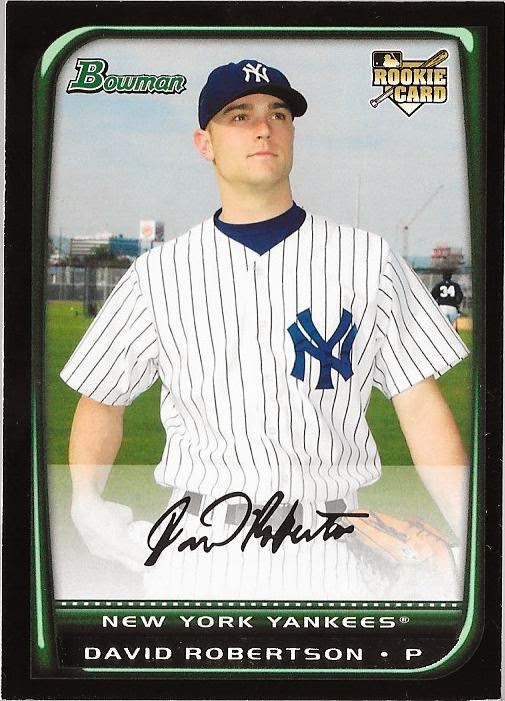 It was so difficult to go against some of Robertson's better years in New York and place him in this position. He had simply been outplayed over the ten year span by other even better seasons, thus we see his rookie year appear on this list rather than when he was a set up man or closer. He had electric stuff from the very beginning, punching out batters left and right. I'm sure he will only continue his successful career with the White Sox in 2015. 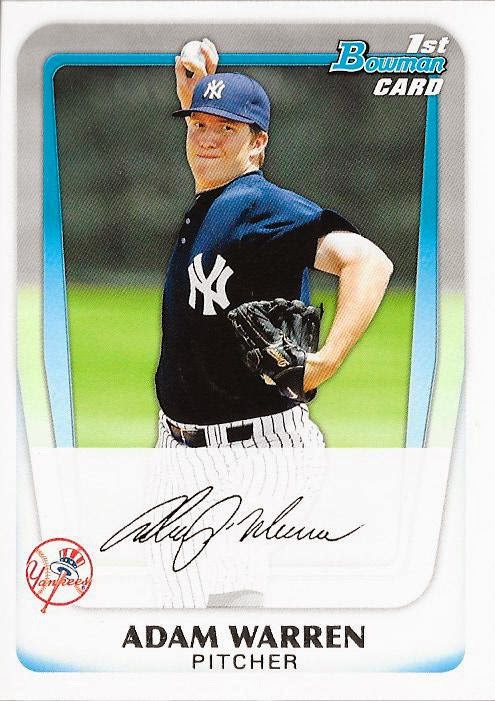 I had no idea how good this guy was until I saw his statistics from last year. 2014 was the busiest year of my life, and I didn't get the chance to watch nearly as much baseball as usual. Besides, I wasn't particularly impressed with the Yankees team thanks in part to constant injuries and chemistry issues. But Warren was one of the lone bright spots, and will only continue to develop as years go by. He has the potential to replace himself on this list as a middle reliever, because it appears that the set up and closer position will be filled for the foreseeable future. I look forward to seeing more of him this year, and hopefully seeing why I made sure to put him on this roster. 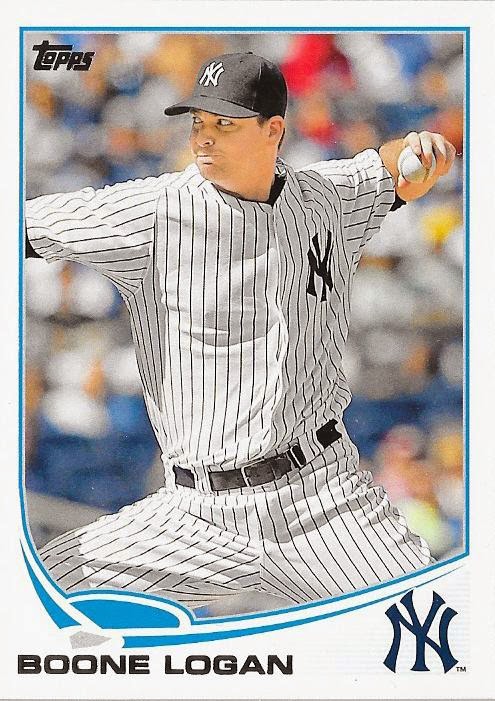 Logan may not have been the force he had been for New York in his first year with the Colorado Rockies in 2014, but we as Yankee fans don't forget his contributions to several seasons. He was Girardi's left handed wizard, coming in to over power left handed batters and leave shortly after. Due to all of the appearances he made over his four years in the Bronx, he may have cut his career a bit short. He has had two elbow procedures removing bone spurs since the end of the 2013 season, and may never be the same pitcher again. 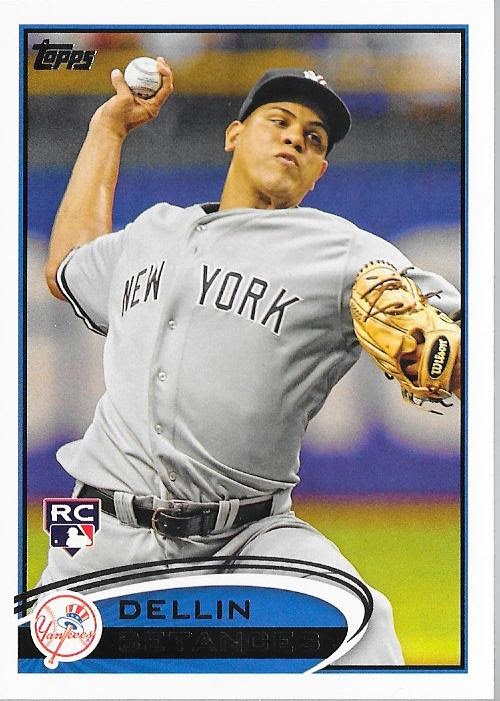 One of the two "no-doubters" in this bullpen; Betances brought every bit of his stuff and more to the table last year. Although I didn't get to watch too much of the season, I made sure to tune in to see him blow smoke past even the best hitters in baseball. He averaged 13.5 strikeouts per 9 innings, one of the best ratios in the league, and no statistic could speak for Betances like watching him does. If you wish to see why he was included, go to YouTube. I can't wait to see this 6'8 beast of a man close off games next season! 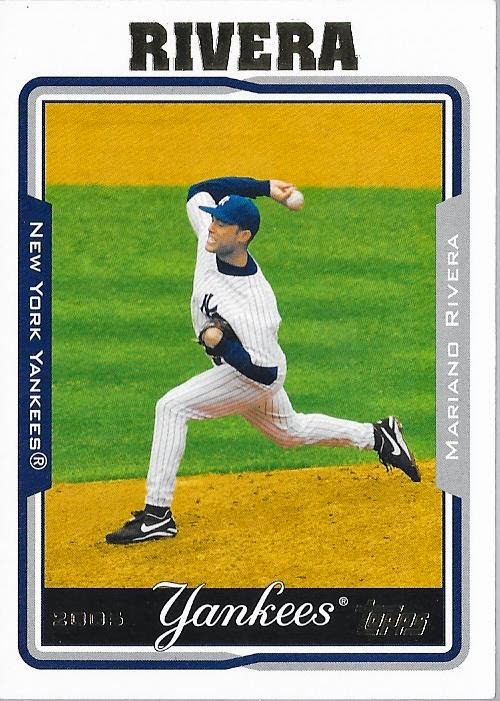 What more is there to say about this man that hasn't already been said? Mo was one of the first names to come to mind when this idea came about, and sure enough I couldn't let David Robertson or Rafael Soriano take his place. Similarly to Pettitte, there is no other reliever I'd want in a pivotal moment other than him. I know Luis Gonzalez got the best of him, but if he faced him another 9 times, you could bet that he would've shut him down every other time. His cutter was transcendent to baseball, and nobody has thrown it with as much confidence as he did. There is no better way to close off this list.

This team chock full of superstar seasons was about $20 million less than the Dodgers' 2014 payroll. Obviously, this is a "perfect world" sort of team, and it's near impossible to predict for an entire team to be this successful, but this really goes to show that sometimes, things really can pay off. I had a tough time choosing my team manager, because I liked Joe Torre more than Joe Girardi. But in the end, I went with 2009's Joe Girardi to lead the club, since he did take them to a World Series and all. It may be a little while before that happens again in New York. 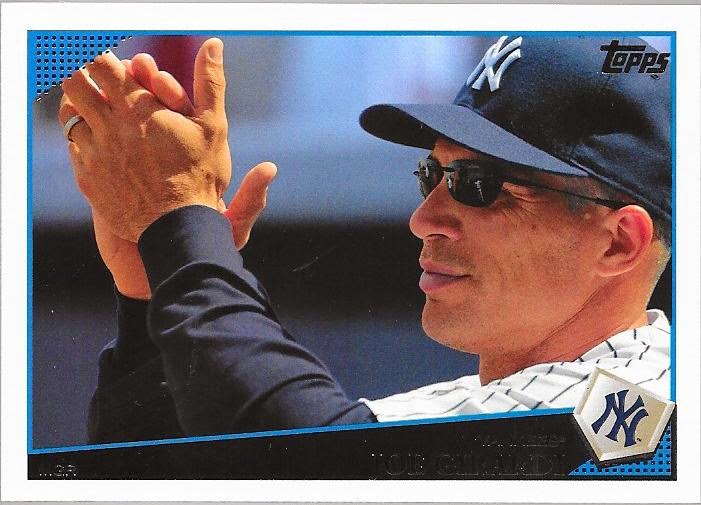 I had so much fun making this list for you all, and I hope you all enjoyed that brief intermission from my 2014 season preview! I will have the NL West, playoff, and award predictions coming soon; so stay tuned for more here on drewscards!