Hey guys, Drew back here! Wow, it's been too long. I know I promised to be right back at it this summer, but to be quite honest I haven't had much of anything to write about. I received this TTM success a few weeks ago, and was waiting to include it with other successes, but I've been knee deep in one of the bigger TTM droughts I've had in a long while. To assure you all that I'm still alive, take a look at one of the older successes I've had in a while. 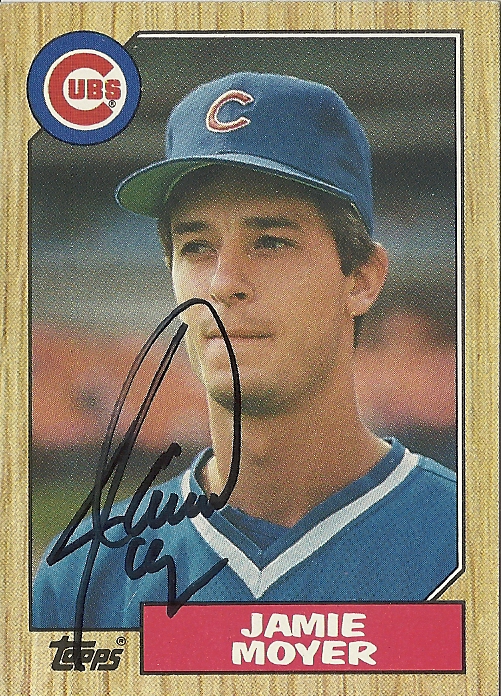 I know technically Jamie Moyer isn't exactly an old man, but in baseball terms he was as old as it got. Moyer had one of the longest careers in today's era of baseball, and last season he became the oldest pitcher in MLB history to record a win, at the age of 49! An article on Deadspin claims that Moyer had faced over 8% of hitters to ever have an at bat in the big leagues, which really shows the length of his career, which stemmed from 1986 to 2012. He was never a superstar, but he was a model of consistency and perseverance. He even underwent Tommy John surgery in 2010 just to prepare to pitch one last time. 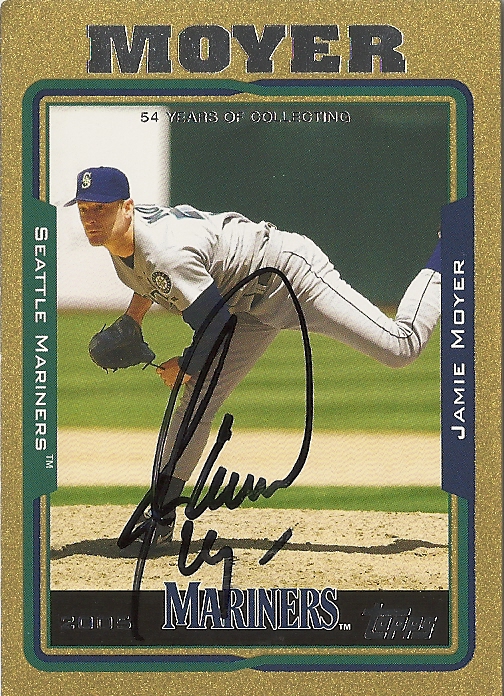 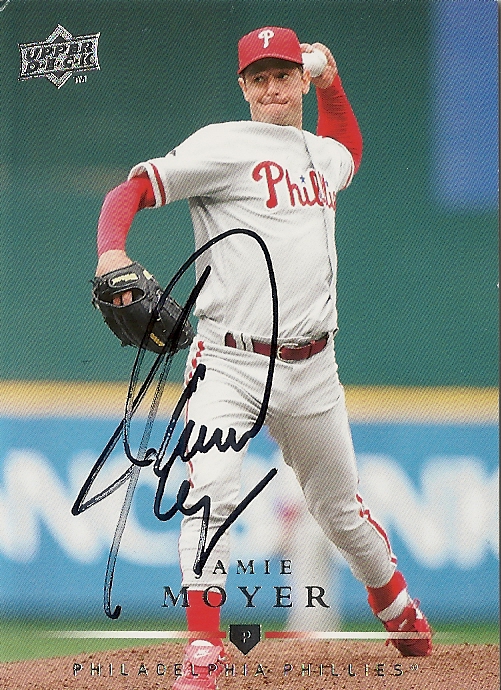 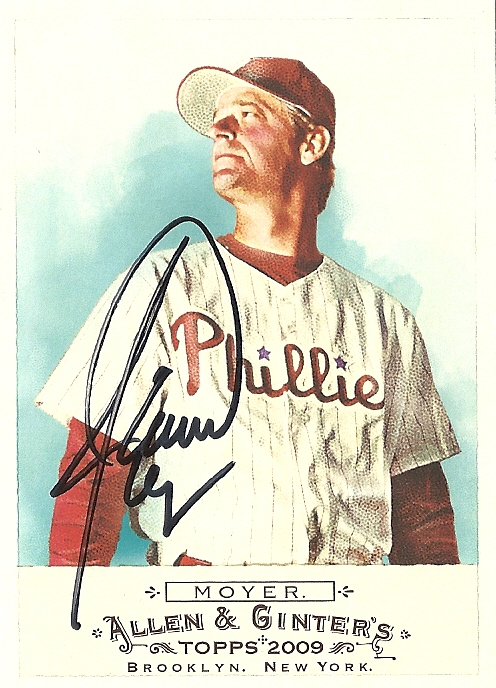 Moyer not only signed his 1987 Topps rookie card, but he also signed the other 3 cards I sent to him: a 2005 Topps Gold Parallel I've had for a while, a 2008 Upper Deck, and a 2009 Allen & Ginter! The Upper Deck bubbled a little bit but generally they all came out great! Thanks Mr. Moyer!