Meeting "The Greatest of All Time"

Hey guys, Drew back here! Following our visit with the hit king, we went to grab lunch before catching up with the stolen base king! Cooperstown offered several signings featuring a good majority of the players on hand. William's intention was to meet guys he needed signed balls of, while mine was to meet who I believed were the best guys in town. And how could I meet the best without meeting "The Greatest" himself, 2009 Hall of Fame inductee Rickey Henderson! 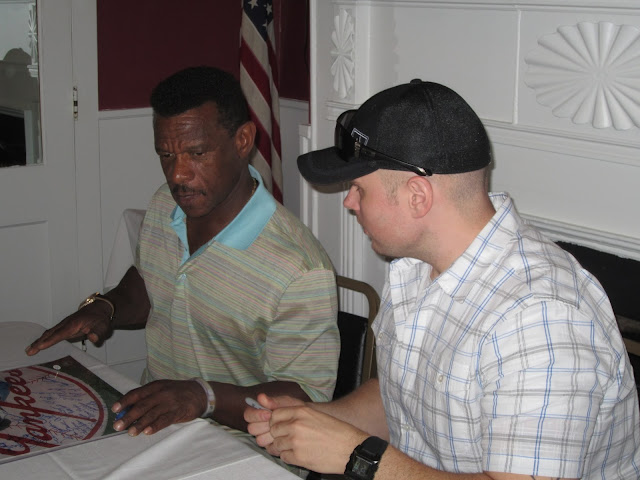 Rickey is now 54 years old, but he still looks like he could hit a ball out of the park! He played what some people say was too long of a career, but during his prime he was undoubtedly the greatest leadoff hitter the game has ever seen. He was a hitting machine with a knack for hitting home runs, and everyone knows he is the premier base stealer through baseball history. Getting to shake hands with a hand that has met 1,406 bases successfully was a true honor. 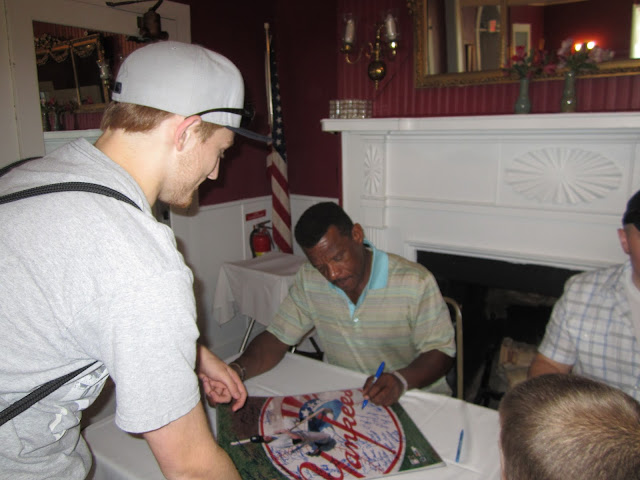 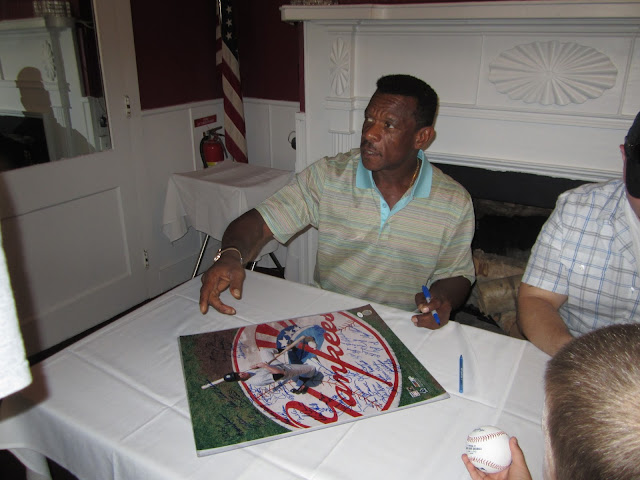 Since I already bought a signed ball of his for a steal back in January, I decided to have the ex-Yankee place his name amongst the other 42 signers on my Mickey Mantle 16x20! I saved a nice spot for him to sign nearby Goose Gossage, and now in that general vicinity you can find Whitey Ford, Yogi Berra, Goose, Bobby Richardson, and Rickey! Not too bad! 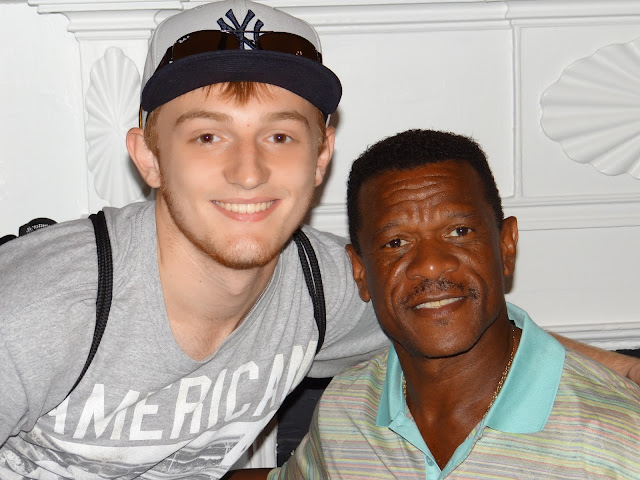 I told Rickey "I know you know this, but you're the best", which certainly lightened the mood. He wasn't overly personable with me, but I'm sure he's heard that a billion times. Some autograph signers will only open up if the fan gives them a reason to. He was definitely in a good mood, and it was an overall pleasant experience, although I didn't draw too much from it. 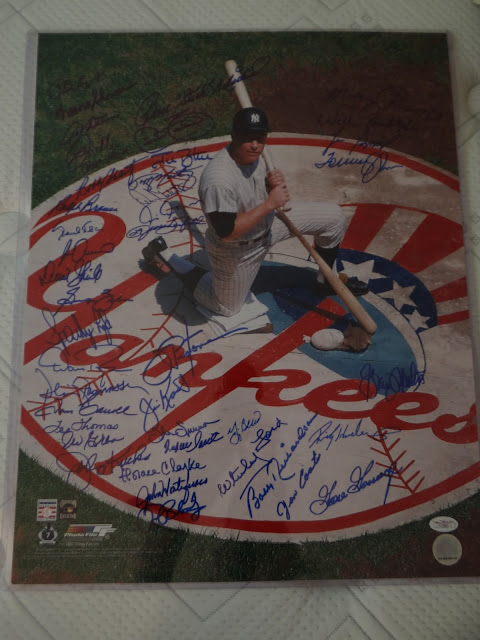 As I mentioned before, Henderson is now the 43rd autograph on my Mantle photo! There is still plenty of room for new names, and I hope to add a few more to it before the summer concludes! He was the only autograph I got on the picture during the trip, but certainly wasn't a bad one.