Hey guys, Drew back here! My birthday was quite the eventful one this year, and I was able to cap it off with a very exciting local event (for me, at least). My friend Schuyler's (of the blog Schuyler's Stuff) parents own a bookstore in town, and they were able to have ESPN Fantasy Baseball Analyst Matthew Berry on hand for a book signing! Berry, otherwise known as TMR (The Talented Mr. Roto), recently released a book named "Fantasy Life", which is all about stories he's come across through his 30 years of playing and covering fantasy sports. He's been a huge part of making fantasy a household game, and he says that 13% of Americans play some sort of fantasy! I've been running a fantasy baseball league for 4 years straight now with kids from my high school, and we were stoked when we heard about him being in town. It's rare for anything relatively cool to go in where I'm at, so we tried to all meet up for the event. Unfortunately, only half the league was able to come, but we had a great time asking him questions about his experiences in fantasy along with some sleeper tips. Most of the others on hand wanted to know about football since the season is approaching, but there were a few baseball questions we were able to sneak in. He was a very friendly guy, and he picked on us all at some point, but in a genuinely nice way. It was an enjoyable experience, and worth every dollar. Here's a short clip from the hour and a half long Q&A session! 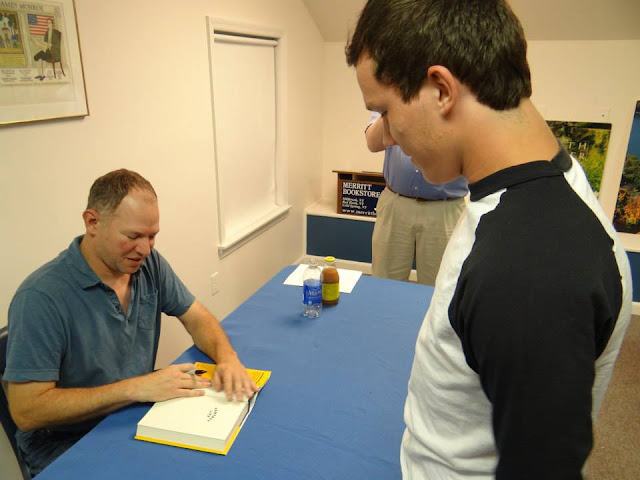 After the questions were finally answered, we all got our books signed! He added our awesome "#BeatVinny" inscription in all of our books, which has been our league motto throughout the 2013 season. Vinny has won our league two years in a row and we were begging for something to change. Vinny couldn't make it to this event as he was away on vacation, however Berry signed in his set aside book "#BeatYourself". 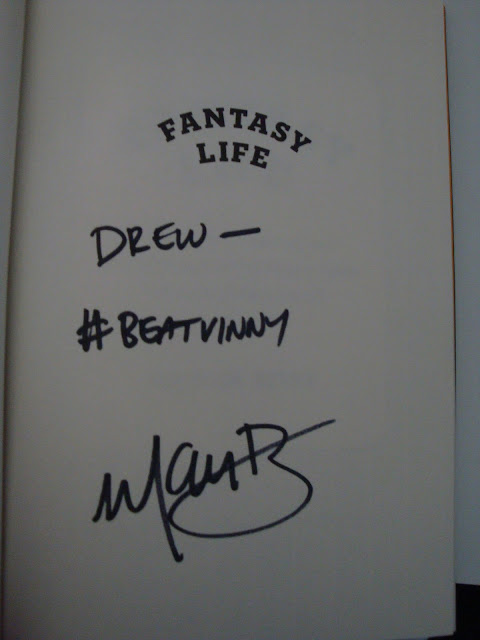 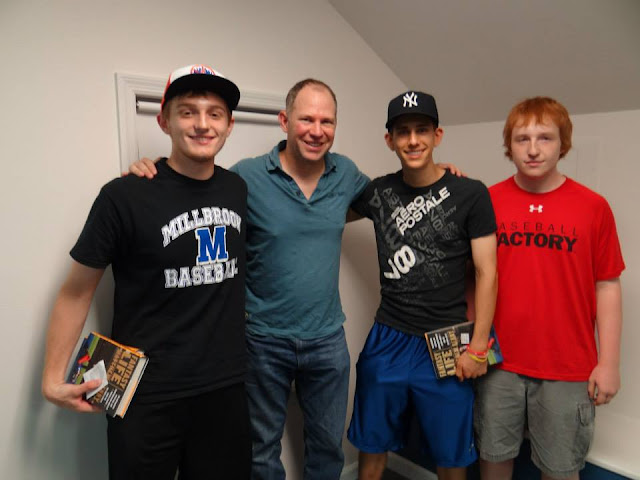 I'm really glad I decided to go to this event, because Berry really was an awesome guy! If you're a fantasy nut like I am, be sure to pick up "Fantasy Life"! I just started it myself and so far it's pretty hilarious! Also, thanks to Schuyler and his parents for holding the event; it was a blast!