Hey guys, Drew back here. Continuing with the recent mail piling in, here are 2 relics I picked up on eBay the other day. Check them out: 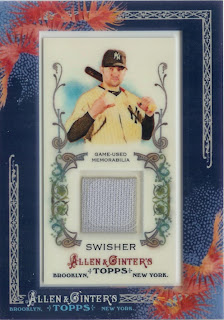 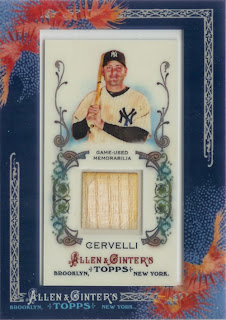 Out of 2011 Allen & Ginter, the two relic cards I bought were of Nick Swisher, and Francisco Cervelli. I bought the lot mainly just for the Swisher, and the Cervelli just sort of came along. I don't necessarily know why Cervelli was even included in the set, especially when he's not even the starting catcher for the Yankees, and is just mediocre to be completely honest. I'm definitely a fan of his, and will root for him, but unless he makes some adjustments I can't see him with the Yankees for too much longer. A cool thing about this, is that it completes my trifecta for him at least.

As for Swisher, well, I have to say I thought he would do a little bit better this year than how he's faired so far. His average hovered close to .200 for the first 2 1/2 months of the season or so, and since he's definitely picked it up. But while he's picked it up for sure, his stat line, at .267 with 14 home runs and 63 RBI, is certainly not his usual. I still love the guy and think that he's a great role model and leader. He even released a CD recently for children, singing songs such as "Lean On Me"; "With a Little Help from My Friends"; "Jumpin Jack Flash"; and many others. All proceeds are going to his "Swishs's Wishes" Foundation, and I definitely wanna get in on it, just to benefit his foundation and show my true support for Swish in whatever direction he takes.

Well, the cards themselves look just like the typical Allen & Ginter, and while I could say they look boring, well, they're still nice as ever. I think Allen & Ginter needs to end on top, and with the series just continuing every year, its not going to stay on top for much longer. This doesn't mean I'm not gonna buy any of it, because I will, but I'm most likely not building the full set as I have done the past 2 years. Anyways, I really like these 2 cards and I'm glad to complete a trifecta for one, and add to a large collection for another! 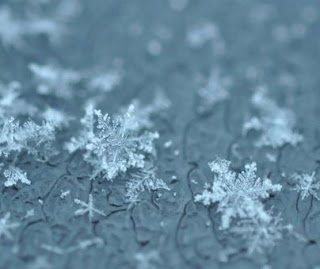 Before I go to bed, I just wanted to point out the advertisement I made at the top of the sidebar, for my good friend Julian Diamond! He's heading into his junior year of high school and is a big photographer, and he's trying to start to get his name out there. I figured I would try to help him out, so if anyone is interested to see what kind of skill he has, go check out this link here on facebook! Thanks everyone as always!