Hey guys. I know I said you'd be seeing less and less of me lately, and I now even more less and less. I have a fever of like 100-102 or something, I feel worse than yesterday, and I definitely won't be doing much in a little bit. I guess I'll put up a Grandpa Roy question in a bit. So, I wanted to show you guys this Random Act of Kindness, from Tim of GSNHOF, who definitely deserves a little shoutout, because he randomly sent me the Cano Bowman's Best base card after he won the set at Wax Pack Relapse, and asked me if I needed any. I said yeah, the Cano, but not a big deal, I can pick it up cheap later. I have the set already also, and I hate having to say, "that card isn't here, it's in the set binder". Randomly he sent me the card in a little envelope out of kindness, and said I don't need to hit em back. Well, I may hit him back sometime, but for now, he gets 1 point on the scoreboard (1/2 point for the Cano, 1/2 point for being cool about that). I thought I took a picture of it, but I guess I didn't. Sorry! Anyway, thanks Tim!

The second card I picked up was off of eBay. It's nice, but it has a horrible corner. Oh well, I guess that's what happens when you buy cards that cost less than the shipping! Here's a picture of this, I don't know if you'll be able to see it but the bottom right corner on the back is completely destroyed! 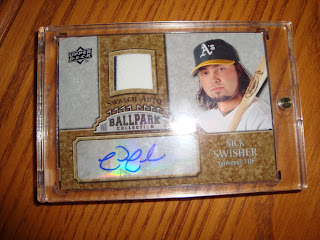 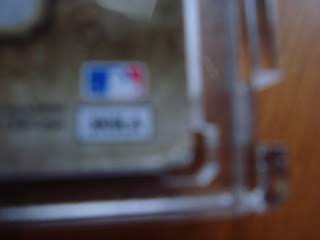