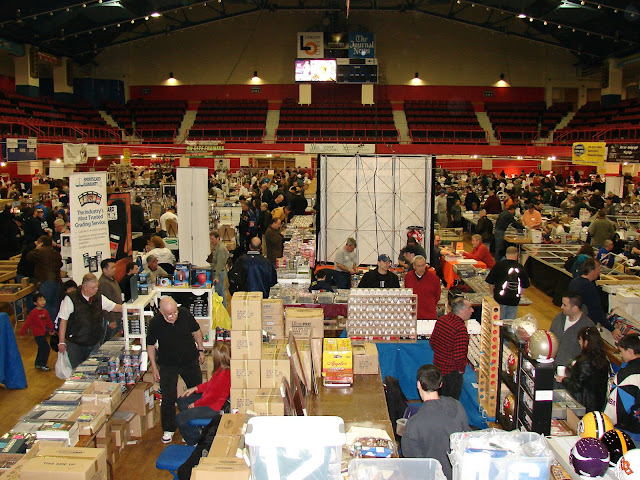 Hey guys, Drew back here! As I said yesterday, last Saturday's card show was one of the best days I've gotten the privilege to enjoy during my time in the hobby! I had the honor of meeting a total of 4 players, and my friend Schuyler met the free signer who I didn't have the time to get in line for. For today, I'll show you the first few guys we met, and to make you anticipate everything more, each of the next two will get their own individual post! This isn't to take away from the guys below though, as they all certainly had their day as a great player, and it was an honor to meet them as well! 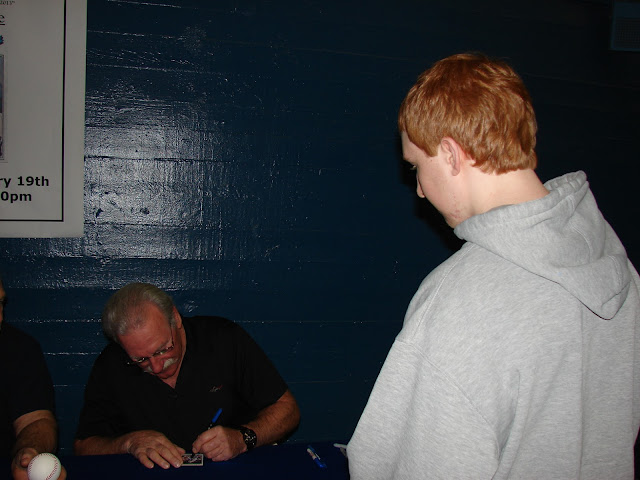 Sparky Lyle was first on our agenda this go round! Lyle has always been one of my favorite players from the 1970's Yankees teams, although I didn't get the opportunity to watch them growing up (I got the overrated, money corrupted team). A few years back I read Lyle's book, "The Bronx Zoo", and due in part to that I became a fan. I love Goose Gossage as well, but I feel bad that Steinbrenner kind of pushed Lyle (reigning Cy Young winner by the way) out of the closer role for no reason. 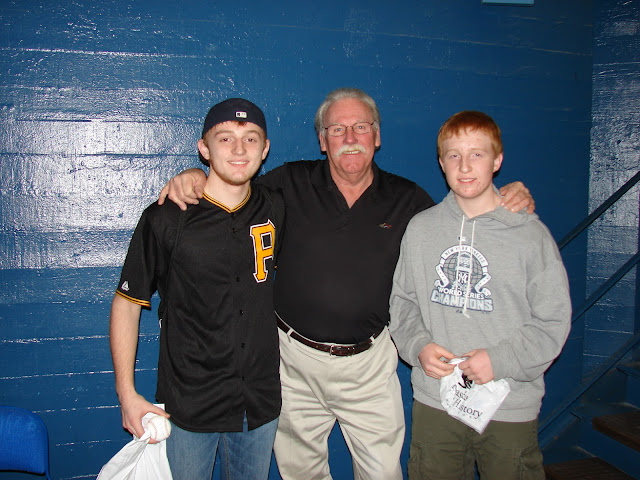 Lyle was a really funny guy! I told him I read his book, and that I loved every bit of it, and he responded by saying "That isn't something you'd find in a church library! My mom still hates me for some of the things I said in that!" That got a good laugh out of all of us, and made the experience definitely a fun one! 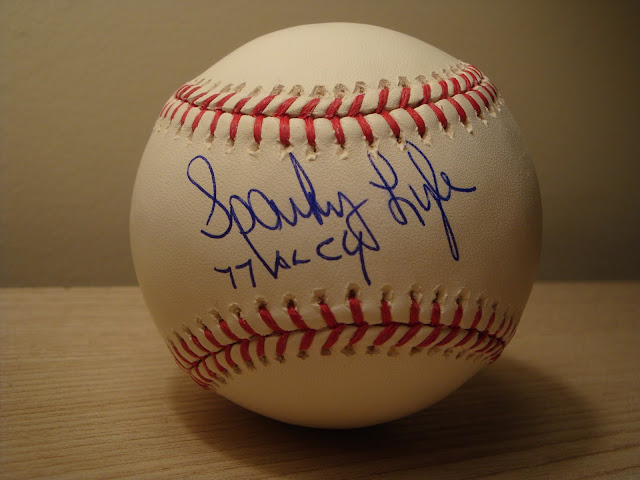 It's official, I've joined the "Signed Ball Junkie" club! For a long time, I never really cared much for signed baseballs, but they've grown on me. I doubt I'll buy a ball of a player with a terrible autograph though, I think only the nice autographs, such as Sparky's, look good on baseballs. Sparky inscribed "77 AL Cy" below his name, which is what I requested of him. For $25, I don't think I could've made out much better! 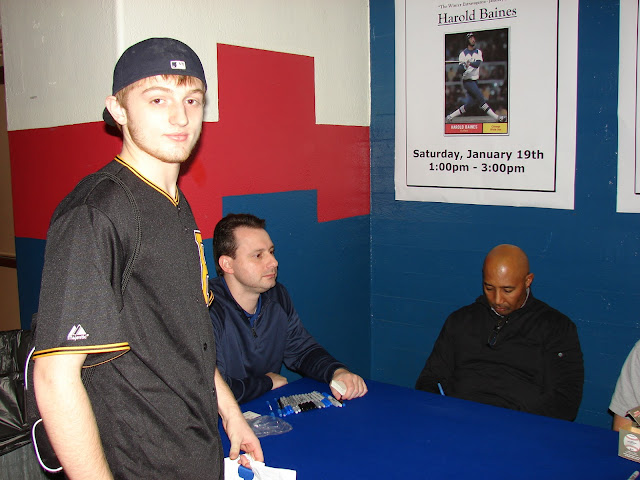 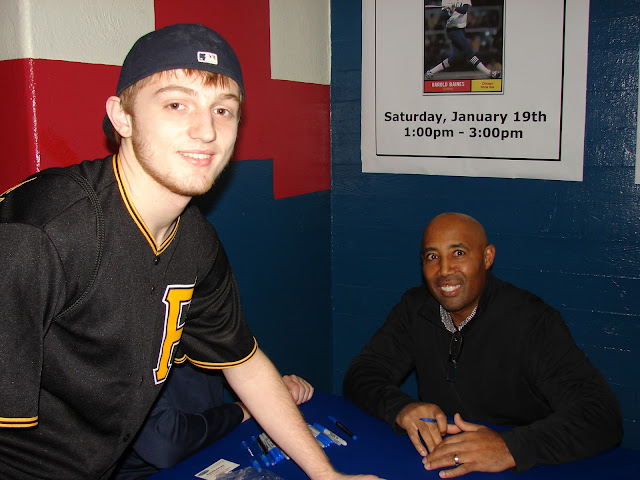 Next on our agenda was to meet Harold Baines, the 6 time All Star, and one of the best designated hitters to play the game! I don't think I'll ever forget what Upper Deck put me through when I pulled an expired redemption for an autograph of his, but they ended up coming through and sending me it, along with a Dick Allen autograph! I didn't have a major connection to Baines in any other way, so I passed on getting myself an autograph of his. Instead, I got a ball signed for William in a little trade we did (you'll see it over on his blog in the near future), and I got a photo and the chance to meet him in the process! Baines enjoyed the fact that I was wearing a Yankee hat and my new Andrew McCutchen jersey, calling me an all around baseball fan. He was pretty humble otherwise, but it was cool to get to meet him! 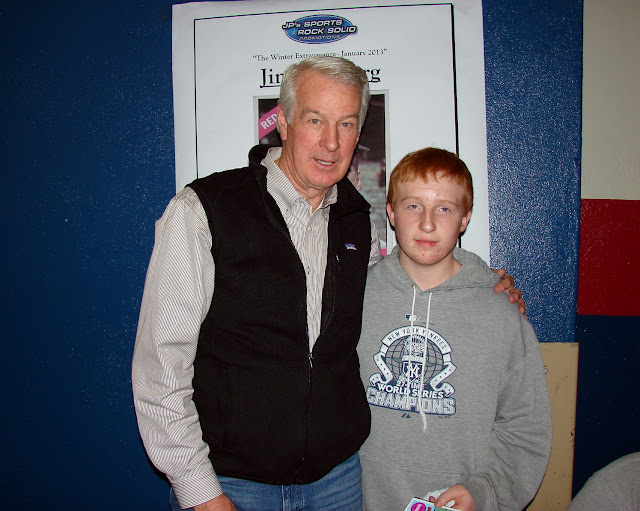 Lastly (for now), Schuyler got the chance to meet the day's free signer, 1967 American League Cy Young winner Jim Lonborg, the former Red Sox hurler! Schuyler didn't have a whole lot to say to him, but I couldn't really blame him since he (along with myself) didn't have much of a connection with him either. Mr. Lonborg seemed real nice though, and he signed his card and inscribed it for no extra charge! It was a pretty kind response to a kid wearing a Yankees sweatshirt, and I gave the man props for signing here in New York!

Thanks everyone for looking, and for the players for the great experiences! See Ya!
Posted by Drew at 10:37 PM