Hey everyone, Drew back here! This month is looking worse and worse in terms of the amount of stress that I'm going to end up putting on myself. It appears that now the week of all of my mid terms won't end up with a nice, carefree weekend. Instead, I'm taking my first crack at the SAT the day after all those dreadful tests are over. Fortunately, I do have a few things to look forward to this month to keep me sane, the biggest being the White Plains card show the weekend of the 19th and 20th! The lineup is going to be stellar, and I'm looking forward to unloading a lot of precious Christmas money on some more sweet additions to my PC. Anyways, I still have a little bit more to get to with Christmas, so here's the 3rd and final autographed baseball I bought for myself this year: 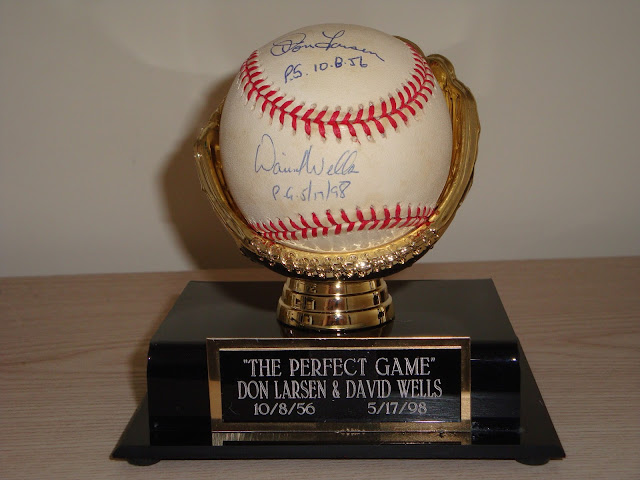 In one of the nicest displays I have for any of my memorabilia rests this beautiful OAL Gene Budig ball, signed by two of the most perfect Yankees around, Don Larsen & David Wells! Of course, Wells & Larsen were two of the three Yankees in team history to throw a perfect game, Larsen's being in the 1956 World Series. The only other pitcher to throw a perfect game for the Yankees was David Cone, who I one day hope to add to the ball. Unfortunately, if I do, I might have to play with the label, possibly replacing to honor all three pitchers. 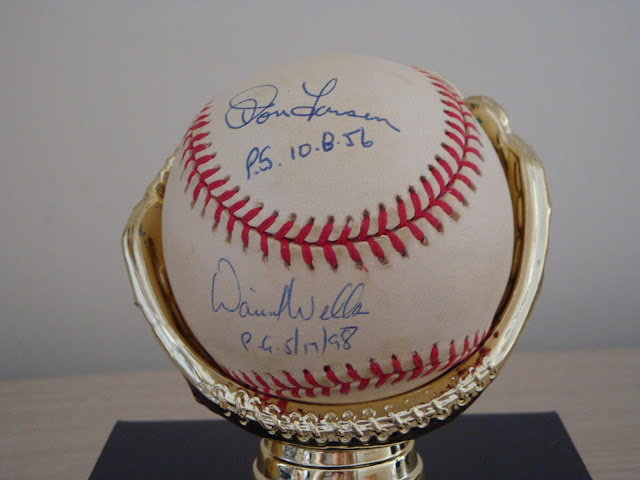 Both Wells & Larsen inscribed the dates of their special days, making the piece even sweeter for any Yankee fan! 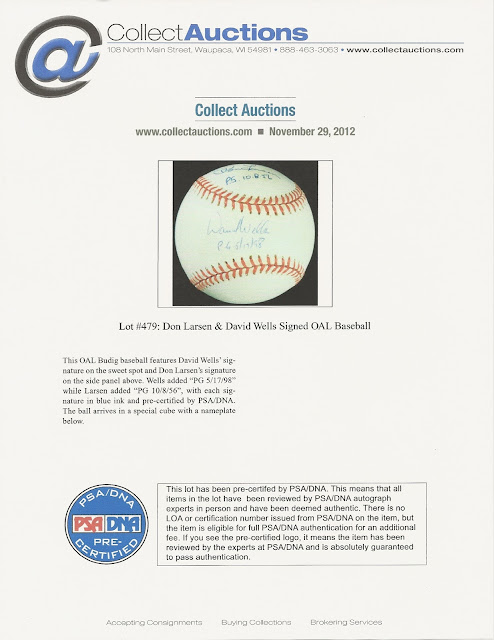 Just like the Ford and Ryan lot, this ball was pre-certified by PSA/DNA, although it doesn't have any sticker on the ball. 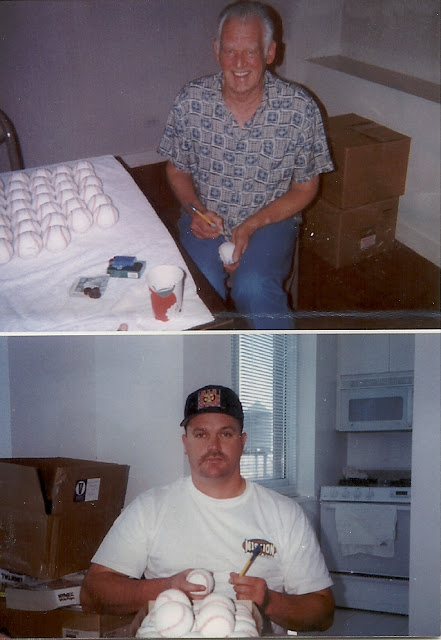 The piece also came with a hobby store certificate of authenticity, saying this is the 61st of 1956 balls in the series. This certificate came along with the photos above of the 2 pitchers signing the balls, to ensure even further that the autographs are real. It appears to have been at least 10 years ago, or who knows, maybe it was even before Cone threw his famous perfecto on July 18th, 1999.

When I won the auction for this ball, I knew it was going to end up being a mini project. Once I get Cone on it, I'll be much happier with the ball, but for now it still is very nice. Maybe one day it'll be a project again, if some other Yankee decides to throw a perfect game!

Anyway, thanks again mom & dad for letting me do all this on Collect Auctions, it made my Christmas even more special! See Ya!
Posted by Drew at 1:26 PM