A True Gentleman of the Game.. 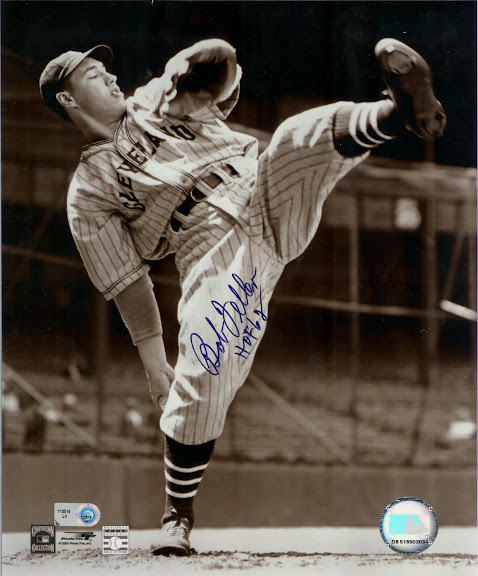 Hey guys, Drew back here. On Wednesday night, a lot of you guys heard about the unfortunate news in baseball, but I just wanted to add my perspective on the wonderful life of Cleveland Indians legend Bob Feller. Feller passed away on Wednesday night at the age of 92, after being diagnosed with leukemia in August, and suffering other health setbacks along the way. He was the longest tenured living Hall of Famer, after being inducted in 1962. He played 18 seasons in the majors, and began his first full season at the age of 17!

Bob Feller was not only a baseball hero, but he was also an American Hero. He was the 1st baseball player to enlist in the military after Pearl Harbor. He was a Gun Captain for the Navy, and missed 4 seasons right in the middle of his prime just to fight for his country. He won 5 campaign ribbons and 8 battle stars, and is the only Chief Petty Officer in the Hall of Fame!

But what good is it to talk about Mr. Feller without mentioning some of the remarkable things he's done off the field. He has always been one of the greatest Through the Mail signers of all time, and he was one of those players that would sign anything you gave them! I had the opportunity to get him TTM twice, the first time, he signed my custom, and a seperate card, but the custom came back very damaged. I sent him a picture of my custom and mailed him another one, and that one came back much nicer. I also bought an 8x10 autograph of his from Anthony, as you can see above. I've gained an awful lot of respect for Mr. Feller throughout the past few months, so it was very hard for me to hear the news of his passing.

So, I guess all else I can say is R.I.P. Mr. Robert William Andrew "Bob" Feller. You will truly be missed. 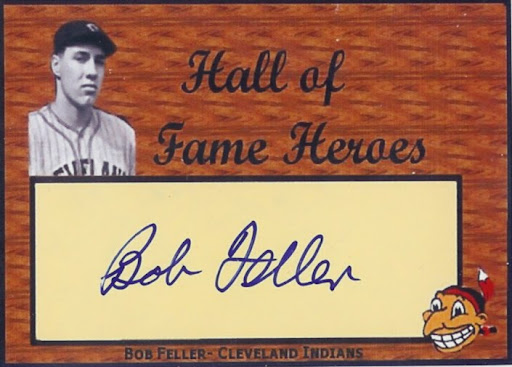