Inside Look at the Plaque Room of the Hall of Fame! 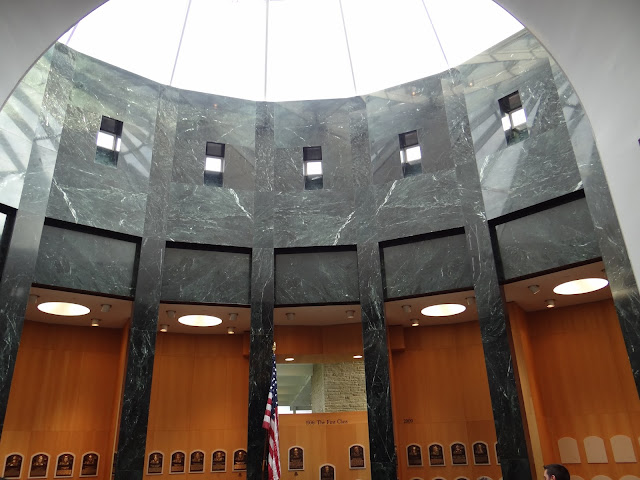 Hey guys, Drew back here. Well, the Cooperstown trip is almost a wrap! I've done quite a bit since the trip, and have a lot to show off, but I suppose those posts can wait. There's nothing better than having too many things to write about! 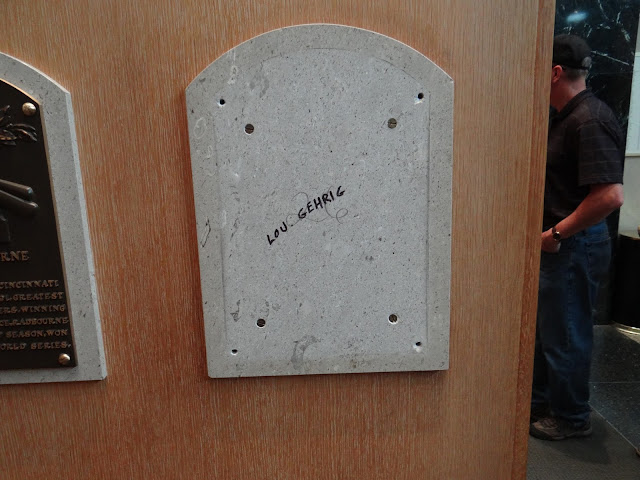 The last baseball related event we went to on Hall of Fame Weekend was visit the Hall itself, as you may have seen yesterday. I covered the vast majority of the Hall yesterday, but I figured the actual "Hall of Fame" part deserved its own post. As you can see, not every plaque was present that day, as some were still on their way back from the Induction Ceremony. 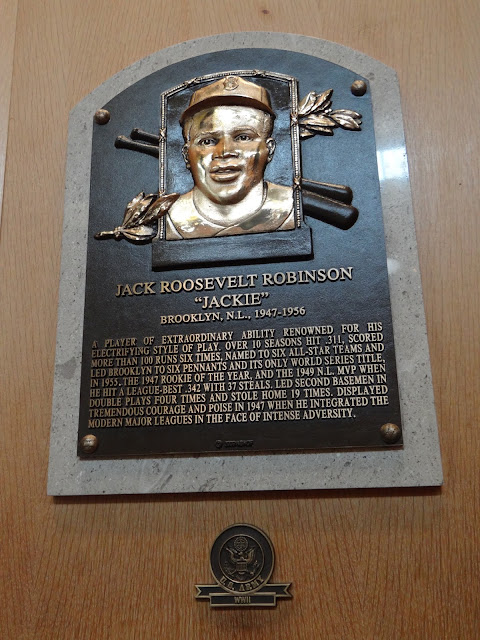 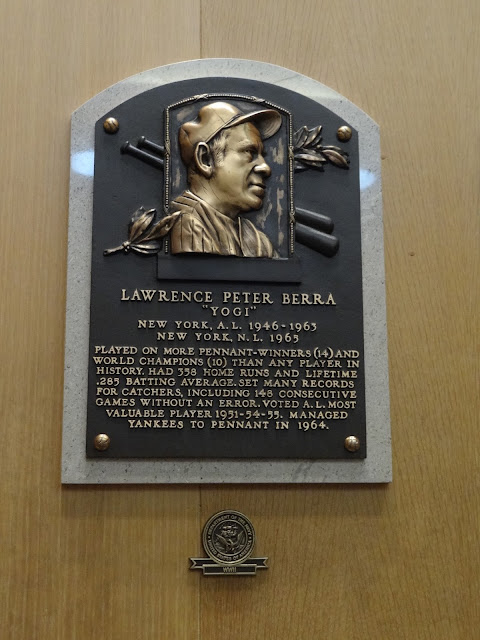 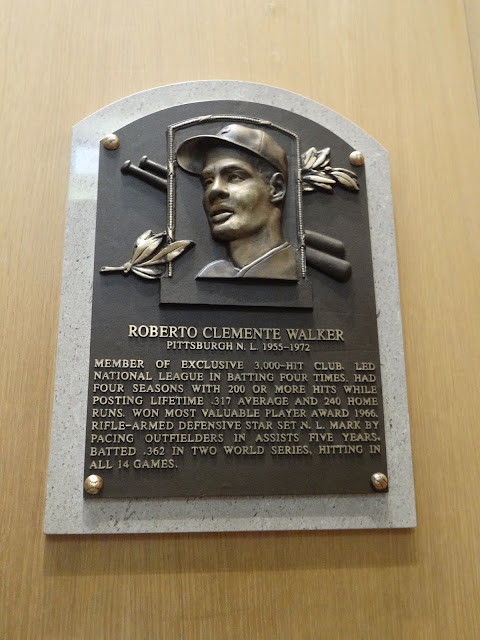 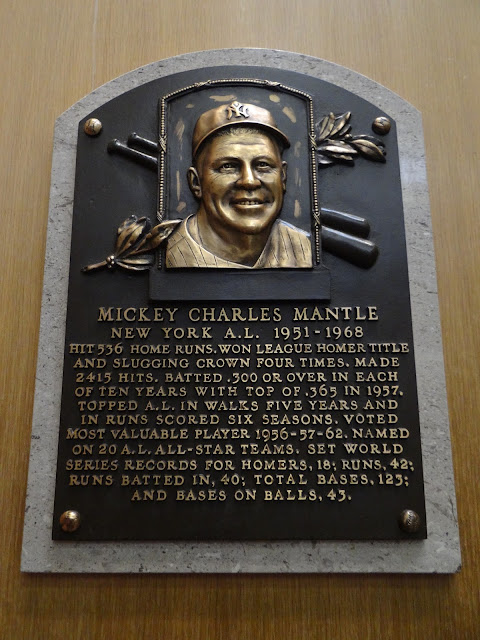 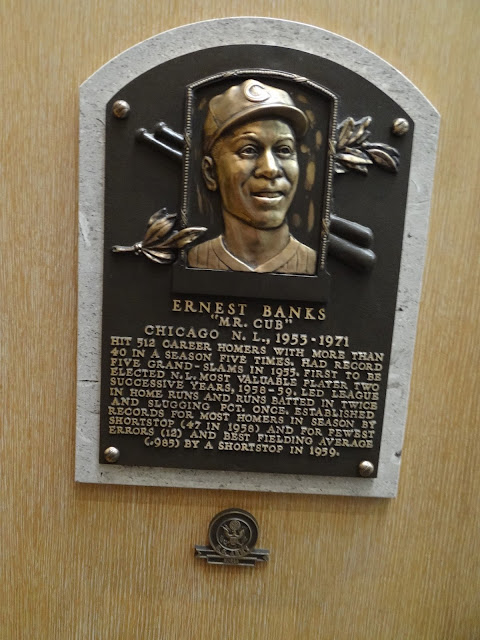 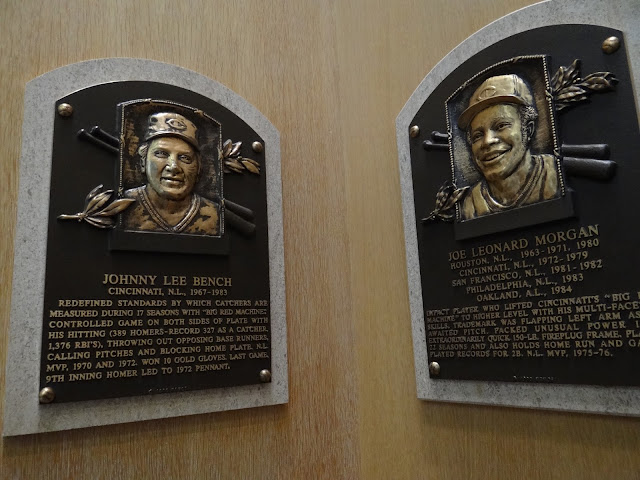 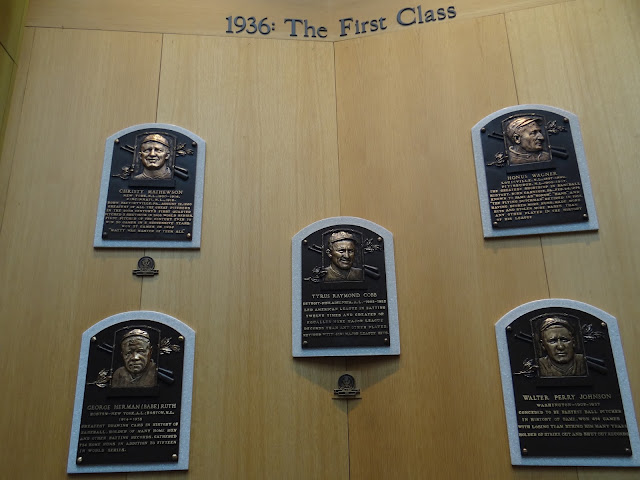 There is no better place to be as a baseball fan than the Hall. Similar to my feelings towards the Honus Wagner card, I feel like I'm walking into a church when I see the walls of plaques. William & I both removed our hats as a respectful gesture, and though I'd already been there in the past, I felt like a completely new baseball fan. Last time I went, I was a young inexperienced baseball fan, and since then I've been able to say I've met over 10 Hall of Fame players! The Hall carried more appreciation this go round to me than it did last time. 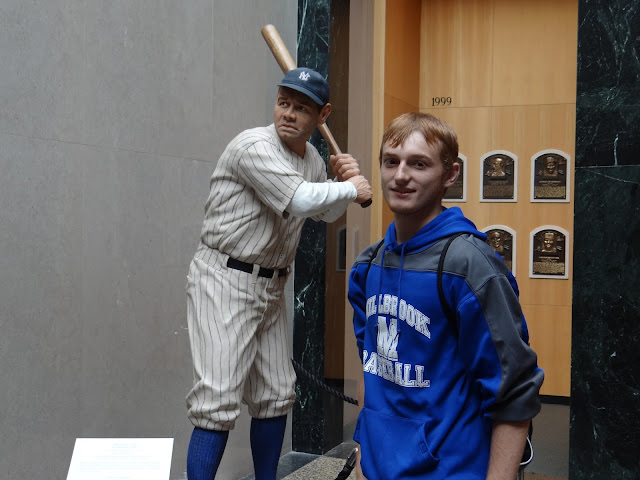 There isn't a whole lot that needs to be said about this part of the Hall that hasn't already been explained. Well.. there was one thing. It just so happens that we were there at the right time. As we were observing plaques, suddenly a part of the room was sectioned off for family members of this year's inductees! The family members of Deacon White, Hank O'Day, and Jacob Ruppert rolled in a little at a time, and we got to see the plaques go up on the wall from a distance! Here's a snippet from the awesome event: 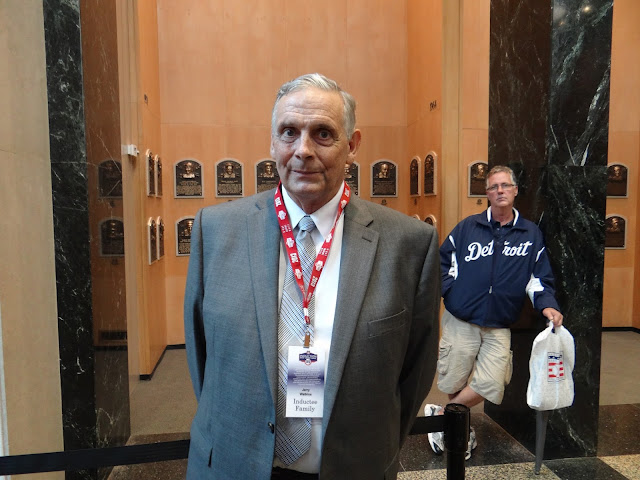 On top of that, we got to speak to Deacon White's great grandson Jerry Watkins, the same man who gave White's acceptance speech earlier that day! We told him he did a great job and he thanked us, and he allowed us to take this picture of him. It was actually pretty cool! 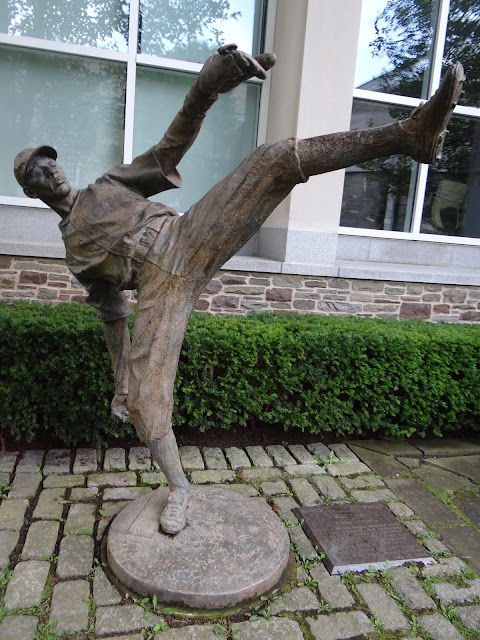 As I've stated over and over again, the Hall of Fame is a place where every baseball fan needs to go. If you're feeling out of touch with the game like I was at the time, it helps rejuvenate that passion for you. In a weekend loaded with Biogenesis and A-Rod, it was nice to wander off to baseball heaven and get to meet some of the guys who did it the right way (besides Pete Rose- but that's a debate for another day)! And to be able to do the whole trip with some great people made the experience even better. It was a special trip and I don't think I'll ever forget it.

While the actual trip recap is over, I still have a few other select pickups and experiences to share as time goes on. Be on the lookout for those, along with some more recent events! I've got a lot planned to show off before the conclusion of my summer (which is coming to the final stretch)!