Hey guys, Drew back here! It was just past noon last Saturday and it was already one of the best days of the year. I mean, seriously, how many days in your life do you get to say you shook hands with 2 All Time record holders in Major League Baseball history? Rose and Rickey made Day 1 incredibly successful, but it wasn't even over yet. I also got to meet one of the best (Yogi beats him in my opinion) catchers ever! 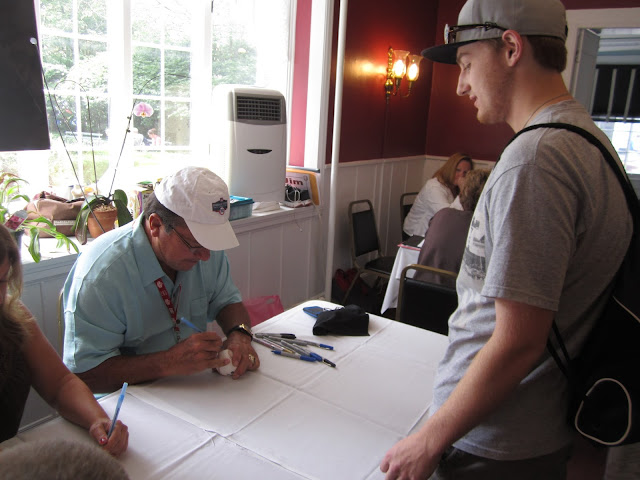 Johnny Bench was also signing at the same hotel Henderson signed at. The signing was held by MAB Celebrity Services at the Tunnicliffe Inn, which just so happened to be the very inn I stayed at when I went to Cooperstown for the first time 4 years ago. It was empty when I was there as a 12 year old, however this go round the likes of Eddie Murray, Rickey Henderson, Orlando Cepeda, Wade Boggs, Joe Morgan, Roberto Alomar, and Bench (among many others) were all seated signing autographs! 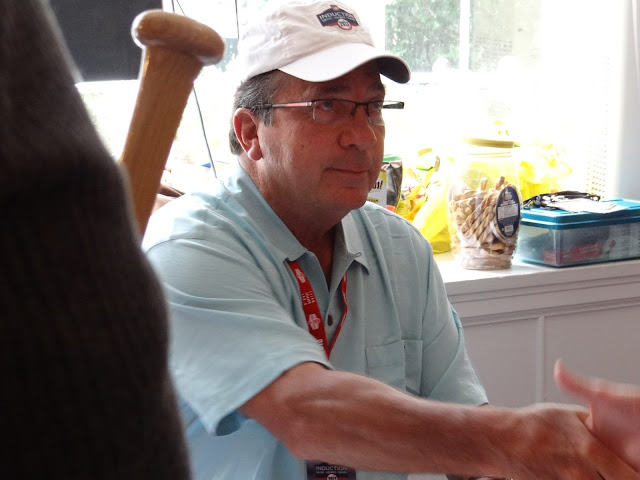 Johnny Bench. Wow. 14 time All Star. 10 time Gold Glove recipient. And some may say he was the best catcher in the history of the sport. A few years ago he actually gave a speech at my mom's hospital about some sort of Hip Replacement, and my mom's boss was able to get his autograph for me there! Now, several years later, I finally got to shake his hand. He was very personable with all of the fans, but as always, I really didn't have much to say. I had a bad case of being starstruck most of that day, so could you blame me? Unfortunately, the picture I got with Mr. Bench the first time through came out horribly due to the back lighting of the window. I noticed that before we left, and I asked his handler if we could take one more picture. 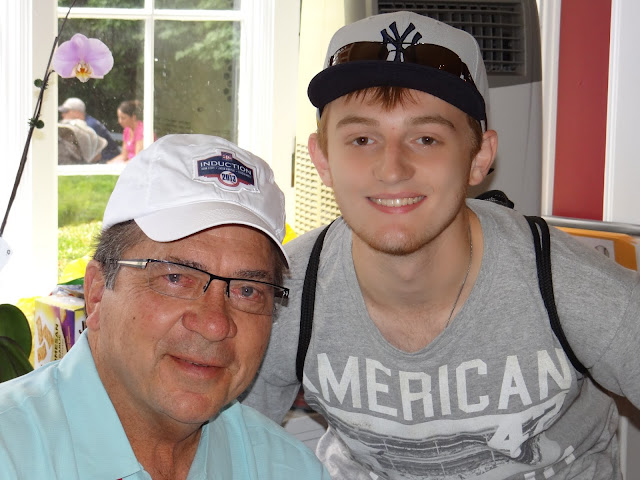 And I'm so very glad I did that. Bench was fine with it although it obviously wasn't what either of us wanted to do. But it was for the best and I'm so glad I went back to re-do it. 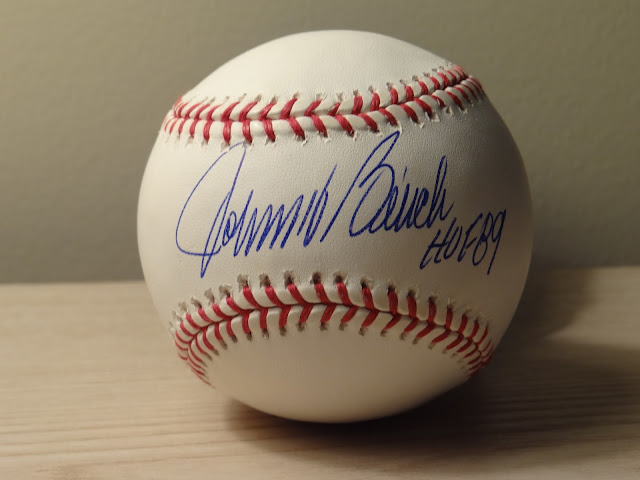 I got his autograph on a baseball, with the Hall of Fame inscription and everything! It wasn't very cheap, but I'd like to say it was worth every penny.