Alright guys, thanks to the 11 people who voted on the 1st poll. I was able to eliminate 2007 UD Elements although I may still get it some other time and also the same applies to 2009 Piece of History. So now I have a new poll and the question is: What box should I eliminate for the 4th Quarter Spectacular, and the choices are 2007 UD Sweet Spot Classic, 2007 UD Masterpieces, 2009 Topps Allen & Ginter, and 2009 UD SP Legendary Cuts. Here is the product comparison: 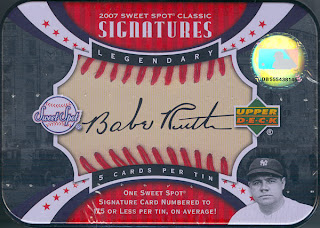 2007 Upper Deck Sweet Spot Classic
1 Pack Per Tin
5 Cards Per Pack (And Box)
2 Serial Numbered Base Cards of Legends Numbered Out of 575 Copies
2 Legend Relic Cards
1 Sweet Spot Signature Card of a legend, like this: 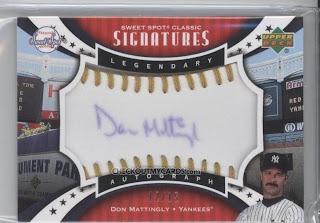 With a chance at:
- A Cut Autograph of a deceased Player
- A Legendary Letterman Card
- A Patch Relic Card
- Dual Autographed Sweet Spot Classic Signatures Card 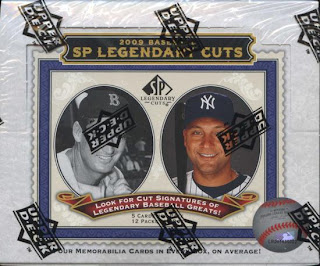 2009 Upper Deck Legendary Cuts
12 Packs Per Box
5 Cards Per Pack
4 Memorabilia Cards Per Box, something like this: 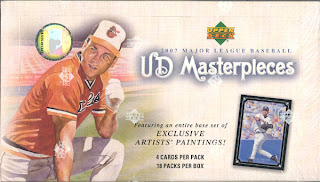 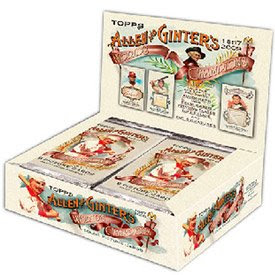 So, thanks for looking, and give me your insight of what you DON'T want to see me open on the poll on the side of the blog, thanks!
Posted by Drew at 4:18 PM