Hey everyone, Drew back here! Midterms are just about complete, and I finally have some time to show off what I've been doing between studying and writing papers. I've been falling in love with eBay all over again of late - and with their recent promotion allowing users to list just about as much as you want for free, I've been flipping cards like a mad man.

Many of the cards I let go of were sacrificed to make room for my ever growing Luis Severino collection, which is now officially listed on my Wantlist page. However, there is one catch to collecting Severino: I'm only going for Topps and Bowman products. I enjoy his inclusions in other sets such as Panini Elite or Prizm, but keeping it to only licensed products will allow me to have more of a budget for higher end cards. I won't refuse anything of his from other sets, but my priority is to collect and complete as many parallel rainbows as I can.

Check out some of my recent acquisitions of the Yankee phenom rookie: 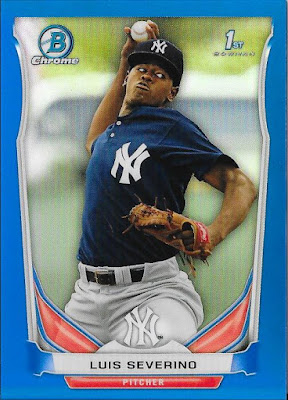 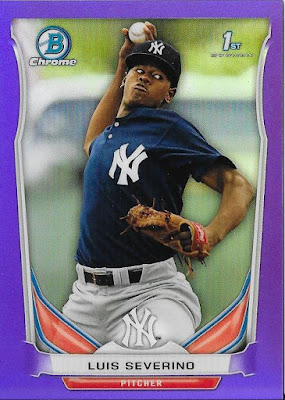 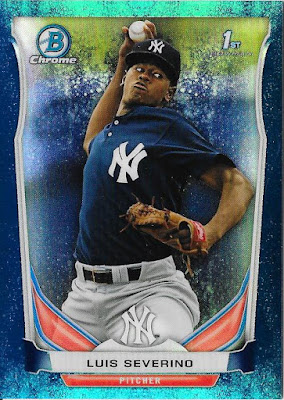 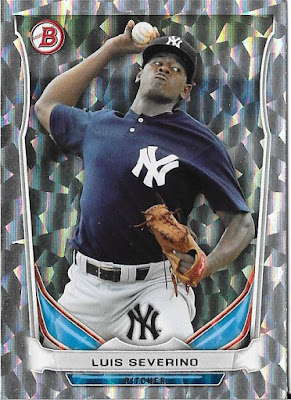 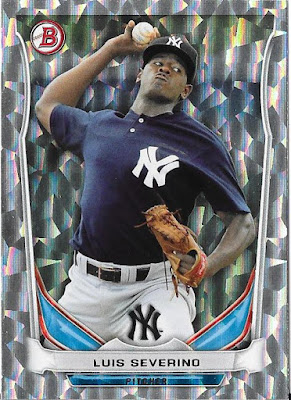 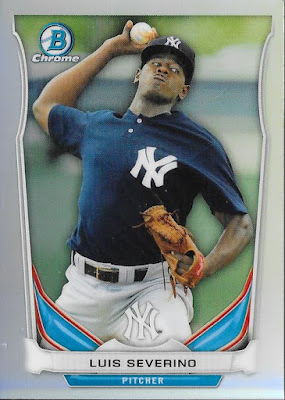 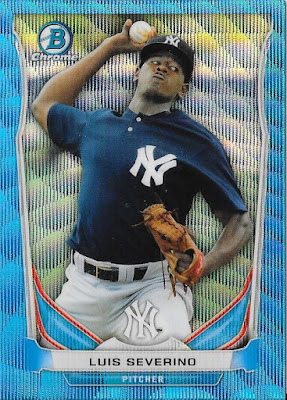 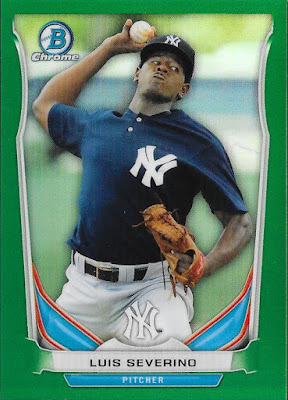 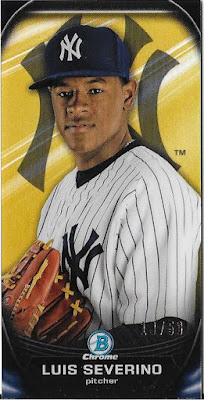 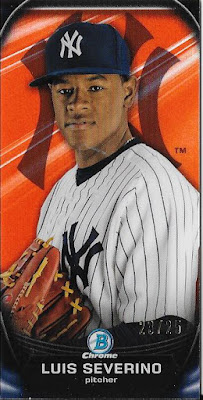 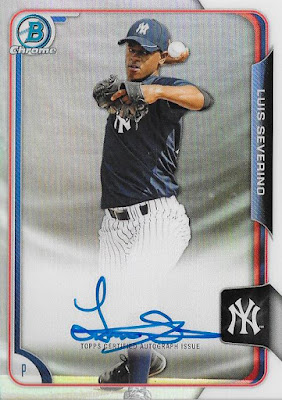 You must all think I'm crazy. I'm just having fun! Of the bunch shown on this post, my personal favorites are obviously the Refractor autograph but also the Bubble Refractor from 2014 Bowman Chrome. Some of the Bowman parallels out there are pretty unique but that one has to take the cake. I don't have much familiarity with recent Bowman products, but this new goal should provide some insight on the various parallels Topps created. A few of them are particularly pricey, but I got some good deals on the cards listed above so hopefully the good fortune will continue.

With all of these included, I now own 22 unique Severino cards, and I have about 9 more on the way (including my best card of his yet) that you will all hopefully see next Sunday. If at all possible, I would love to reach 50 different cards by the end of the year. I don't think that will be too difficult of a task to handle, but we'll have to wait and see.

You can view my Severino collection here. If you have any of his Topps or Bowman cards I may be missing, please feel free to leave a comment and we may be able to work out a deal. Now that Nick Swisher and Robinson Cano are long gone in New York, it's about time I have a new Yankee to collect. I have a feeling this one could be worthwhile too.