The Storybook Closes: An End of an Era 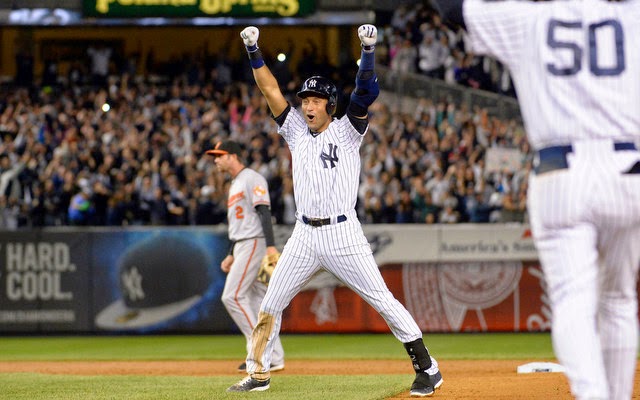 Hey everyone, Drew back here. I've been dreading writing this post every since I first joined the blogging community in the summer of 2008. At the time I was just turning 12, and Derek Jeter just turned 34. He was escaping his prime, but still was more than capable of helping lead the Yankees to the playoffs. By that point I had gotten used to seeing my favorite team make the playoffs year in, year out. And the second I fell in love with the game in 2005, while other stars came and went, my favorite player was always the Captain.

His first full season in the big leagues was 1996, and I was born in 1996. His first four World Series wins came before I knew anything other than that I loved the Yankees. The flip play against Oakland in the 2001 playoffs, and the diving catch into the stands against the Red Sox both also came before I learned of the game I grew to love. So what was left for me to fall in love with? Number 2 was a plague in Yankee Stadium; everywhere you looked fans were sporting Jeter's famous number. He was everywhere you went; on all of the commercials and all the posters. All the ladies loved him, as evidenced by his vast array of high profile celebrity girlfriends. But all true Yankee fans saw more than the watch advertisements and his beautiful mansion in Tampa, Florida. And this underlying feeling "The Captain" gave us fans is something that no statistic could ever possibly measure. On top of it all, he still batted over .300 11 times in his first 14 seasons, and came through in huge situations in the playoffs. He goes down as one of the best hitters in the game, and especially for his postseason achievements. But, there was more to him than what met the eye to most fans.

Derek Jeter became the face of baseball. His clutch performances and legendary plays may have been special, but they always played second fiddle to his demeanor that I had never seen in another athlete. Often times it would bother me when he wouldn't show much emotion, but there was an understanding as to why he wouldn't; so that he could maintain focus on his job. He loved the sport, but he viewed it as a job for 20 years. He knew he was making a lot of money, and he wanted to do everything he could to make his stay in pinstripes worthwhile to the fans. He was the best captain anyone could ask for, and even after last night, he still has a hard time taking credit for all he's given the game. 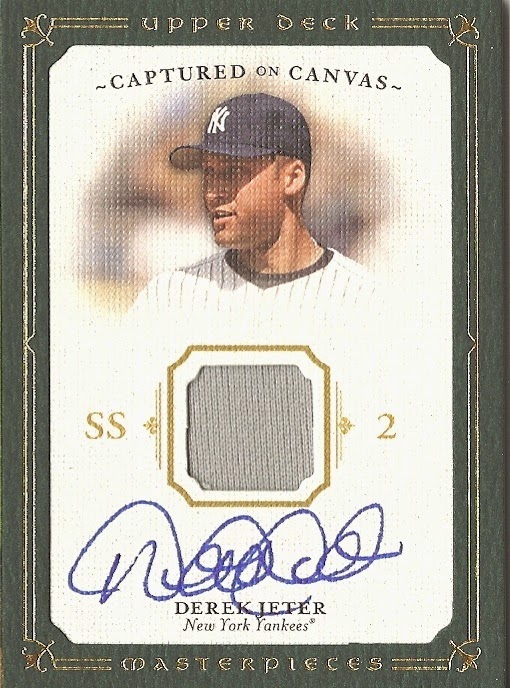 I'm very grateful to say I grew up in the "Derek Jeter Era" of baseball. Keith Olbermann, and various other Jeter haters did not. I participated in many baseball camps and played on teams every year. Some days practice would slow down, and our coaches would ask us who our favorite players were. At least half of every team I would play for would give their vote to Jeter. Coaches would often use his playing style as an example to teach us how to play the right way. Often times kids would goof off during a game, but I stayed quiet and concentrated on the game, just as my idol would. To say that the Pequannock, New Jersey native is larger than the game is an understatement. Kids worshipped him because he did things the right way. And in the midst of many controversies in sports revolving assault, performance enhancing drugs, and even murder, Jeter's name was as clean as it came. The biggest insult you could use against him is that at one point he was close to Alex Rodriguez. 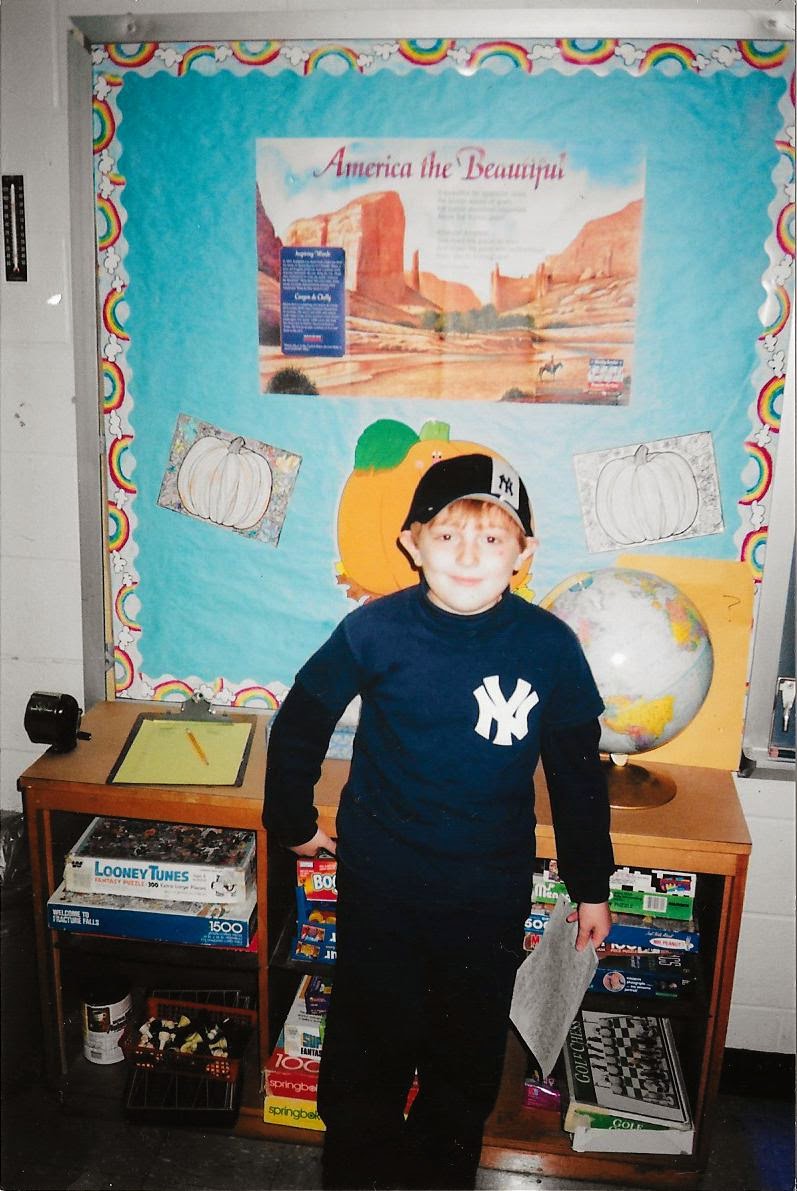 In 3rd grade, we had to dress up as our role models and speak to the class about who we were and why we dressed up as them. I chose Derek Jeter. I'm now a freshman in college, and looking back on my first game back in May of 2005, I'll never forget seeing #2 in person for the first time and jumping up and down with excitement. There's just some aura about him, even though he didn't show his emotion, it always felt like he was there to root me on. I got the pleasure of meeting his fellow Core Four member Mariano Rivera earlier this year, and while that was the biggest honor I've had in the baseball aspect of my life, meeting my idol would be a dream come true. I know I'm not alone, but I have extra motivation because I need his signature on my Core Four Sports Illustrated.

Although I mentioned before that I missed a majority of his finest moments in baseball, I did get to see some significant memories I'll always be happy to have witnessed. I saw him kiss the fans of the old Yankee Stadium goodbye in 2008 with his famous speech. I got to see him inside out a single into right field to pass Lou Gehrig as the Yankees' all time hits leader. I saw him help lead the Yanks to a championship in 2009, and that year I had never been more proud of my team. I watched his clutch 5 for 5 performance on July 9th, 2011; when he crushed a home run off of David Price for his 3000th hit. I tuned in frequently during his resurgence season in 2012, and cried as he lay flat on the infield dirt after fracturing his ankle; watching the Yankees postseason hopes dwindle at his demise. And although I was across the country in San Francisco last summer, I tuned in to see his two hits in his final All Star Game. But none of those famous images could ever beat the way the storybook came to a close last night. Honestly though, how couldn't we have expected him to finish his career on such a perfect note?

I sat glued to my TV all night. There were two dorm meetings in my hall, but I closed my door and pretended to sleep because nothing was going to stop me from being there for the Captain for his final game. I knew a situation like this wouldn't be must see TV for almost any player but Jeter. I knew something would happen, and after he crushed the ball off the wall in the first inning I knew this would be a game I'd never forget. I was calling for David Robertson's head in the 9th inning after he allowed two huge home runs to Adam Jones and Steve Pearce, but then I was okay with it because I saw Jeter would be the third batter of the inning. I wondered if there was any way that this game could come down to him. It sure did. And, just as expected, he delivered a textbook Jeter opposite field single to score rookie Antoan Richardson and win the game. As that occurred, everyone in the dorm knew I wasn't asleep, but I didn't care as I jumped around pumping my fist screaming "YES! He did it!" Heroes of my childhood were there to greet him as he crossed home plate, and while it wasn't what anyone had expected, it was exactly what we all knew he was capable of. I broke down after a sideline reporter from the YES Network asked him what was going through his head during his final at bat. "Try not to cry", he said, as Yankees fans berated him with love and Brett Gardner and CC Sabathia dumped the Gatorade cooler on his head.

I vividly remember a Yankees game I went to with my late Grandpa Walt, my Uncle Scott, and cousin Jayen. Derek started the game off with three base hits, and we all were on our feet. During his 4th at bat, my Grandpa turned to Jayen and I and said "Watch closely: you'll never see a player like him again". On cue, he ripped one into the outfield for his fourth hit of the game.

Saying goodbye to #2 last night felt like the biggest part of my childhood officially fading away from me. I've never known a Yankees team without him manning shortstop, and I don't know if I ever will. Maybe another player will come along and give the game the heart and soul Derek has given, but no player will ever impact my life the way he has.

We love you Derek Sanderson Jeter. Thank you for supplying us all with 20 years of winning and excellence. I can't wait until the day I get to shake your hand. 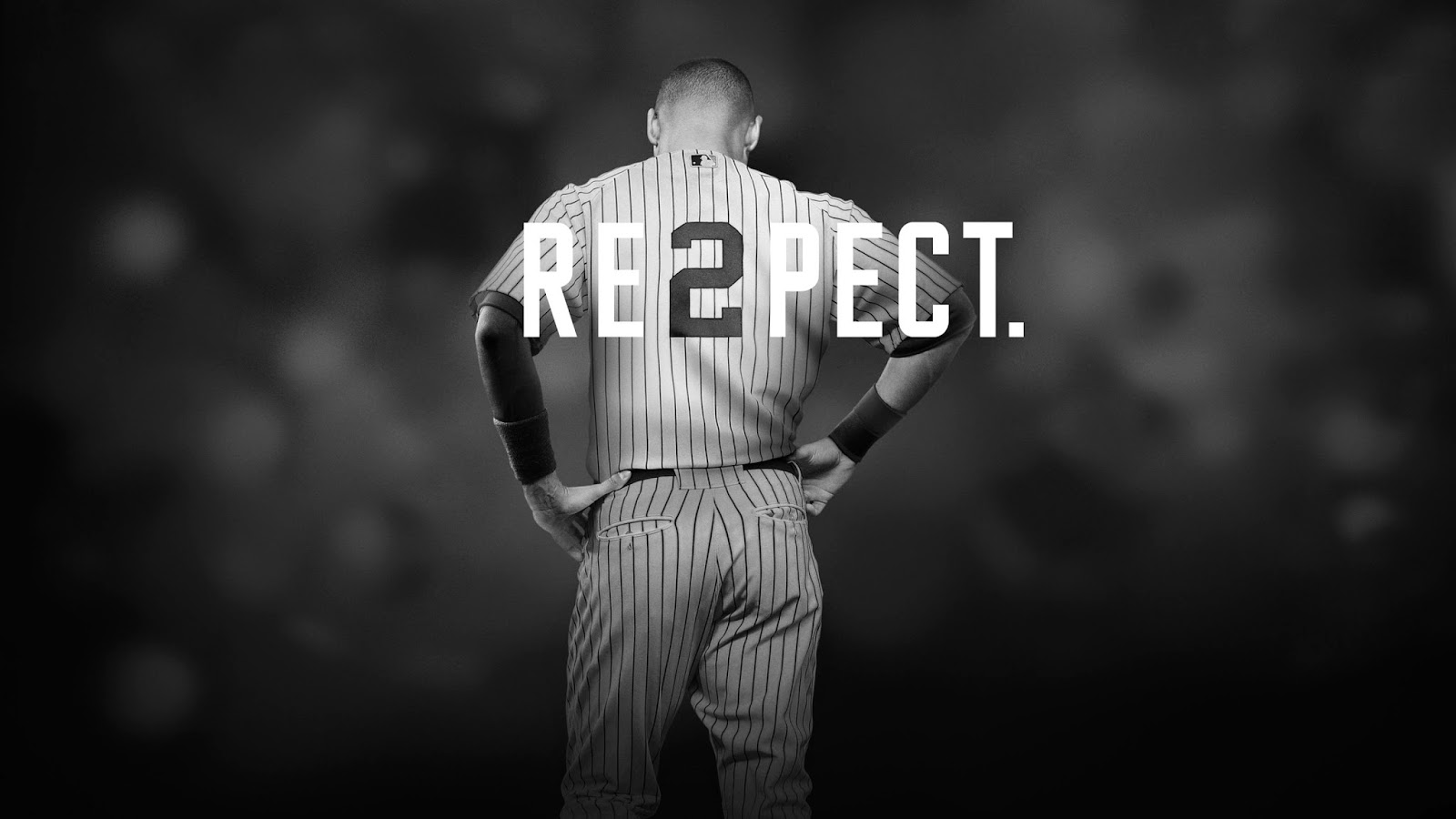