Hey guys, Drew back here! I'm sorry it's been so long since I've posted, especially since I told you I'd have something to share. I still do, but it's been pushed aside because I'm now in my second week of college! It's been an enormous transition for me, but so far everything has worked out relatively well, and my classes don't seem to be too over demanding for my first semester. I'm studying Sport Management here at my school, so that one day I may have a role in a professional organization (that's the goal)!

A few weekends ago, my Dad and I spent a day at the White Plains "East Coast National" meeting players and buying all sorts of things for my collection! I mostly added some supplies, and I bought a few cards that I don't have scans of on my laptop, but it was nothing overly notable. But, I did make a big move. If any of my long time readers may recall, way back at one of my first card shows I won a signed and framed Tom Seaver photo, and ever since I've had it framed in my closet. Don't get me wrong, I have a lot of respect for Mr. Seaver, but the piece had never quite fit into my collection. I said in the blog post over 4 years ago that I'd be keeping thepiece for a "lllllllonggggggg time!" I think 4 years would be considered a long time, and I finally realized I could get something I'd prefer in exchange for the piece.. and I did just that. But I got two great pieces for the price of one!

My dad and I have worked out a lot of deals with a man named Joe at the shows in the past. Joe is a big collector around our area, and actually doesn't live far from us, but he deals at the White Plains shows and even the Cooperstown show we went to last year with the Regenthal clan! He made me a great offer, and was able to trade me these two signed baseballs for the Seaver photo: 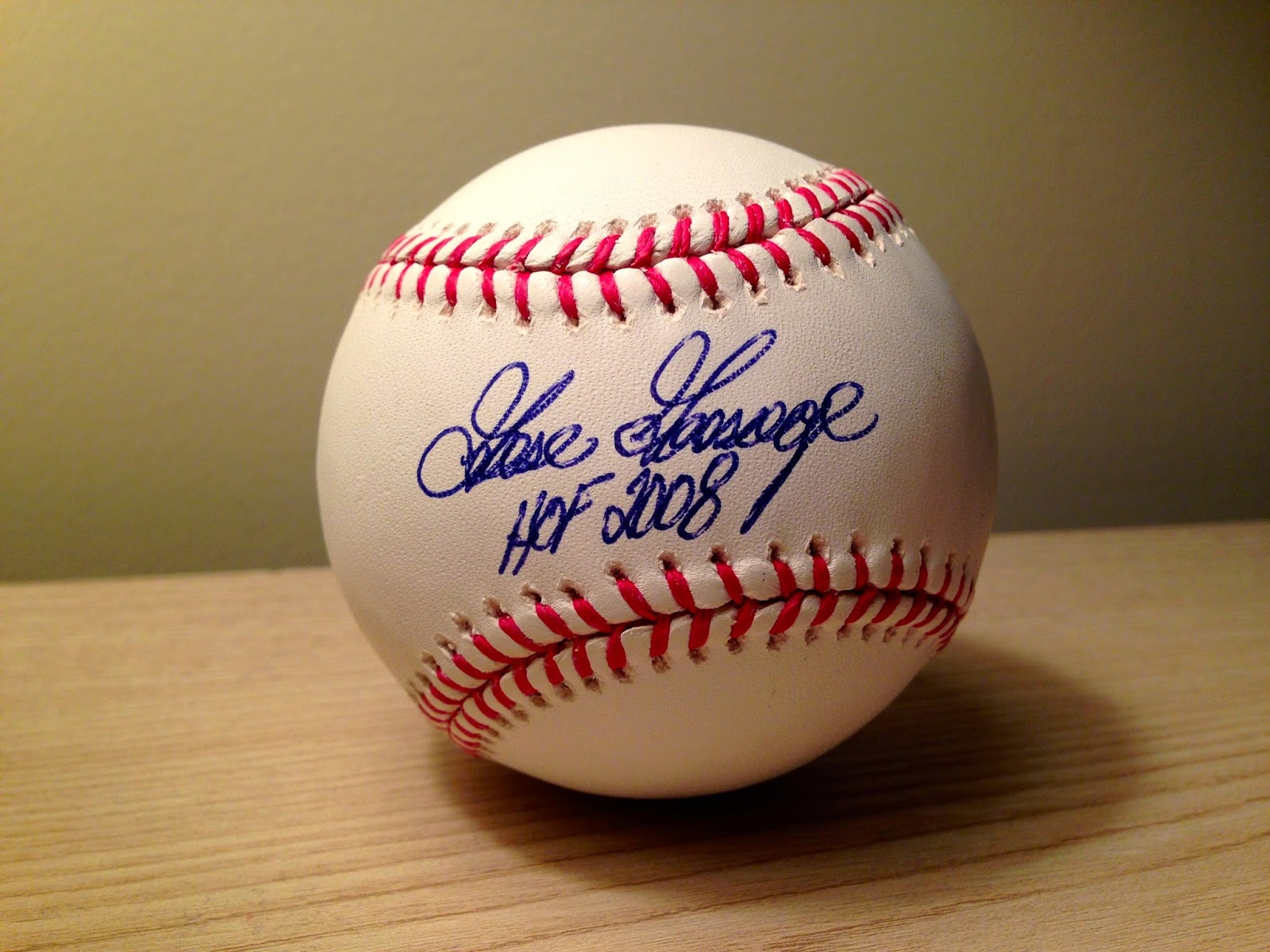 First off, he filled in an enormous hole in my collection with this Goose Gossage signed baseball! I have a bunch of items signed by Goose, but for some reason I never thought of adding a ball to my PC! He has a beautiful signature, and the HOF 2008 inscription is the icing on the cake! 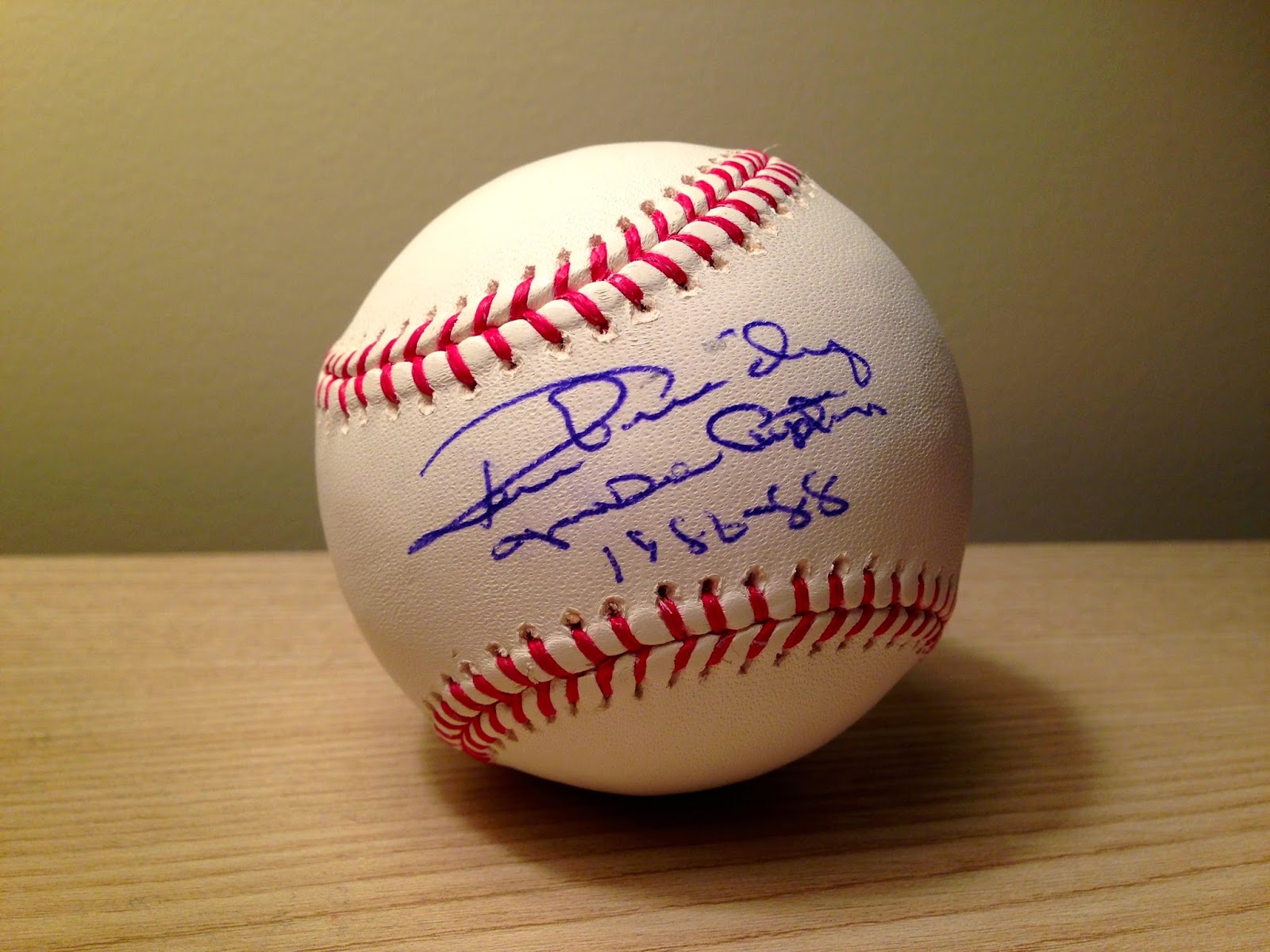 I also got this sweet "Lousiana Lightning" Ron Guidry autographed baseball in the exchange! Guidry inscribed "Yankee Captain 1986-88" below his signature, and it looks really good despite his sloppy handwriting! Getting these two baseballs saved me a lot of money I'd wind up spending to meet them in the future, and I can now focus on getting them on other items (I really need Guidry on my Mantle photo)!

Thank you so much Joe for being such a great business partner and friend over the years, and I hope the Seaver photo has served you well! I'll have more to report on this show in the near future, but for now, See Ya (college edition)!
Posted by Drew at 4:59 PM