To think I started a whole PC for this man. I never liked him as a person, and I respected him as a player. I'm a Yankees fan, and a lot of these fans have mixed opinions about A-Rod, including me. I no longer respect him at all, since we now know that he cheated, him even admitting it. My example of what just happened is like if you steal a cookie out of the jar when your parents aren't paying attention. You hope they don't find out, and if they do, you pretend like nothing happened. If something like that happens in my case, I'd say I didn't do it and blame it on someone else first, but eventually admit it after they know I'm lying. If I don't tell the truth right then and there, even as simple as taking a cookie out of a jar and eating it, you could get in big trouble (in bigger cases), or maybe grounded for lying. Thank You God for letting this man tell the truth before everyone hates him. Andy Pettitte was on HGH too, but nobody remembers that anymore because he went straight forward and admitted that he used them. Jason Giambi admitted, and somewhat apologized for it, and now A-Rod. Don't get me wrong, I still don't like him at all, but I like how he finally noticed he has a team that's about to play, and he shouldn't bother them and be selfish about whatever it is: Madonna, Roids, anything. In Hall Of Fame Retrospective, he will probably become all-time home run king if he doesn't let this issue bother him, and may still go down as one of the best overall players all-time. I'm very sure that he will make it, along with Derek Jeter, Albert Pujols, Roger Clemens, and Jeff Kent, and possibly Mike Mussina, but they should put something on his plaque stating that he used steroids. A-Rod wouldn't want this to happen to him, and probably dreamed of what it would say on his plaque when he was young. He should've thought before he went out and did steroids, and Michael Phelps with his marijuanna as well. It ruins some kid's hearts because maybe they looked up to him and were devastated by the news. So, this is going out to all sports players. Don't do steroids, because no matter how 'good' you are, you won't be respected if you stand up and lie to the grand jury (Roger Clemens), or if you go out and smoke some joints at a bar (Michael Phelps). Your legacies, in my opinion, are completely shattered. 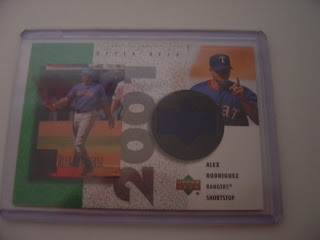