Hey everyone, Drew back here. I've been back in the US for almost a month now, and unless you keep tabs with my Twitter or Instagram accounts; you haven't seen any of my new Luis Severino PC additions. So with that, let's get you all up to date, shall we? 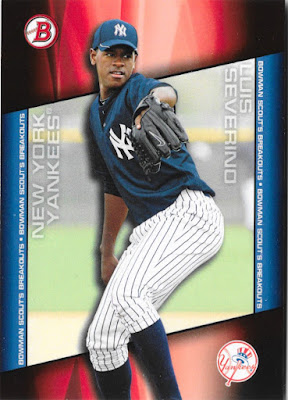 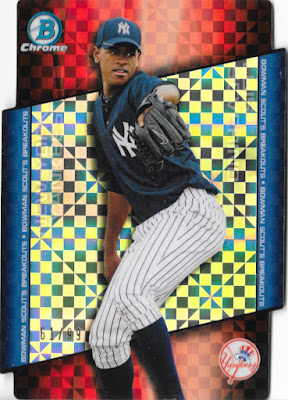 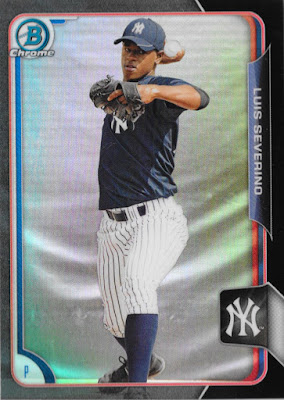 I purchased these four cards off of Check Out My Collectibles just before I fly off to Italy, and arrived home to find them waiting on my desk for me. I'm going to try to fill as many holes in his early Topps/Bowman rainbow checklists as I can without breaking the bank, and I believe these all came to me for less than $10 shipped. 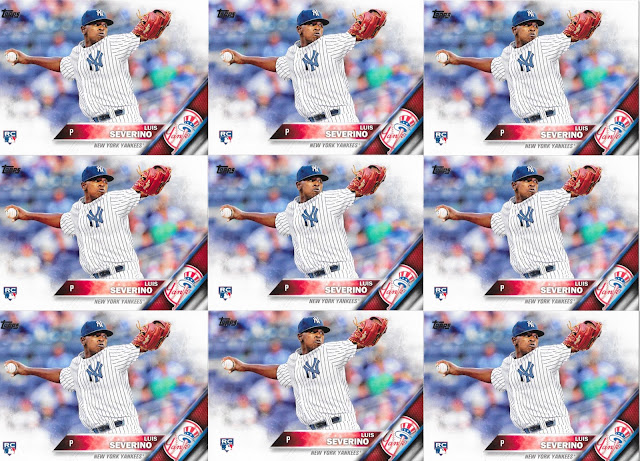 Not one, not two, but seventeen. It's safe to say I won't be needing any more copies of Severino's official Topps rookie card. They really put together a solid debut card of his, more than likely thanks in part to him being represented by them. 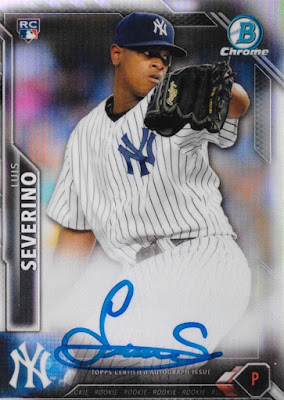 When I initially started collecting Severino, I told myself I would only focus on his prospect years and his rookie year, and only went after his Topps/Bowman releases. I didn't think it would be much. I was wrong. His autograph is featured multiple times in every single Topps release this year, which I can only imagine is part of why they hardly sell for over $10 a pop (though, in fairness to Topps; his performance in 2016 has left much to be desired). I want to at least have one autograph from each set he's been included in, but as for completing the rookie year rainbows.... we'll see. 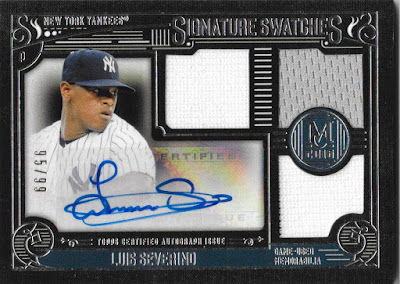 Museum Collection has produced some of Topps' finest quality since its birth in 2012. This year, I feel like it may have taken a bit of a step back. Don't get me wrong, I'll take a card like this any day; but it does feel a little busy. Regardless, there are a few other Severino inclusions in this year's release that I'll be trying to add sooner or later.

When I first saw these cards appearing out of this year's Topps Archives, I was so pumped. I quickly made an offer on a Severino autographed version on eBay and it was accepted. The card came in yesterday, and it is undoubtedly one of my favorites in my growing collection of the future Yankees ace.

And yes, I said ace. Because I still believe in the kid, and so should you.
Posted by Drew at 12:44 PM