Hey everyone, Drew back here! It is the last day of the year, and I just realized how many different things I'd like to accomplish with the blog today. So we're going to start this final day with a bang and show a few awesome gifts I received from two of my closest friends in the blogosphere.

William led off this year with a package filled with PC cards I've been in desperate need of. 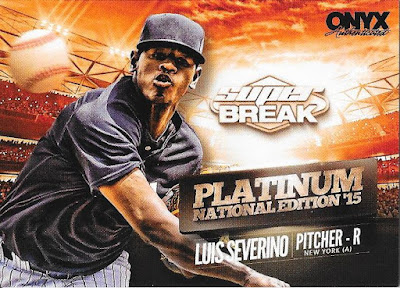 This Luis Severino card technically does not fit in my PC because it isn't a licensed issue, but I never said I wouldn't welcome any other card of his. He also included the same Onyx insert of Greg Bird. 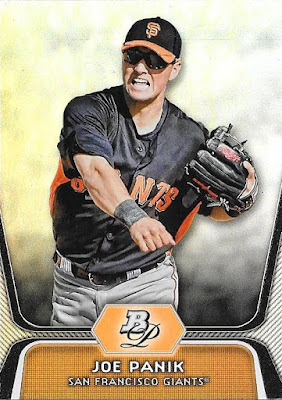 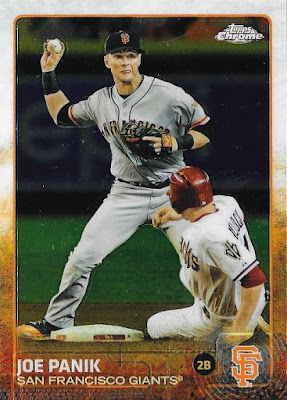 I didn't have as impressive a year as I would have liked with the Joe Panik PC, but I think collecting Luis Severino was partially to blame. With Severino being on the rise in New York, I've felt it is necessary to grab as many cards of his as possible before they become unaffordable. Meanwhile, Panik has already been named an All Star and his card prices have seemed to hit their peak, so it may be possible to grab more down the road for cheaper costs. 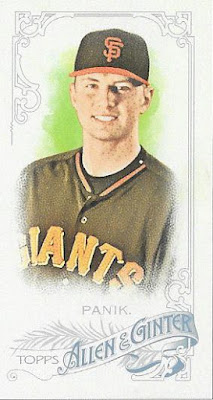 I needed all three of the Panik cards William sent along, including this 2015 Allen & Ginter mini. 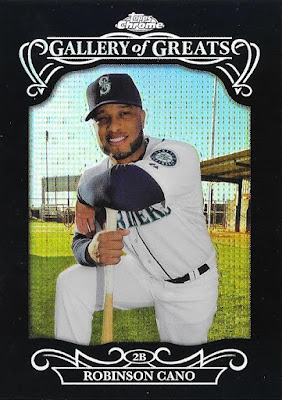 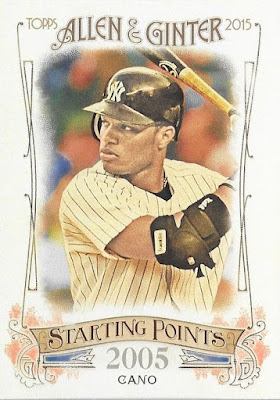 Oh, Robby Cano. I've been missing our former star second baseman ever since he left New York, even though his years in Seattle have been mediocre at best considering the contract he is playing to. I still do collect any Cano cards, so feel free to keep on sending them along. They're all reminders of great times that have come before. 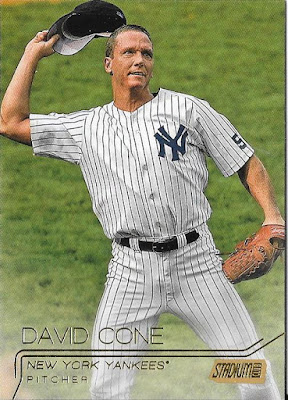 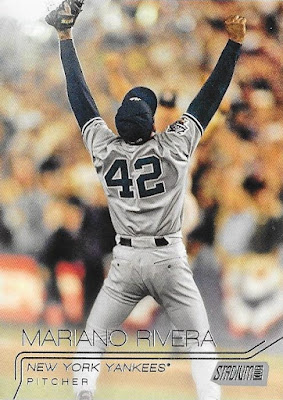 Speaking of great times, is there any product from 2015 that captured the inner essence of baseball quite like Stadium Club? The Mariano Rivera card is possibly my favorite non-hit card of my Rivera mini PC; showing him celebrate the final out of the 1998 World Series. The David Cone gold foil card (as Night Owl mentioned recently, I didn't notice the gold until I peeked at this scan). 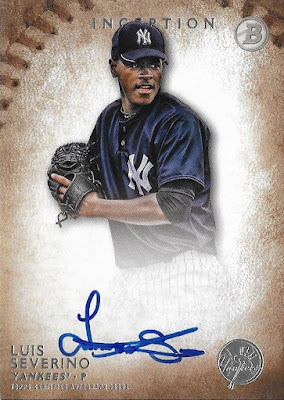 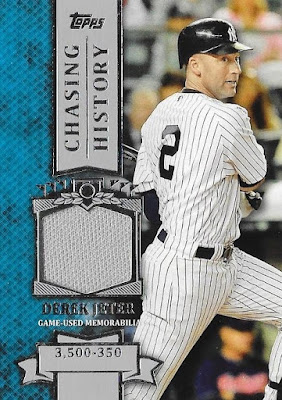 I've been looking to add this Bowman Inception Severino auto ever since I sent one to Frankie for his birthday. I've added some of the higher end, serial numbered Severino cards from Inception in the meantime, but I still had to take it back to the basics. Inception is definitely one of this year's most underrated, although the amount of autos in the market make their top prospect autographs somewhat too affordable at times (to the point where you could question the card's long term sustainable value, but hey, we're not all in this for the money, right?)

My favorite card in the package was definitely the Jeter relic. I do not have enough cards of my all time favorite player, and that is something I hope to change in 2016. I've never really understood using a road jersey for a card featuring players in home jerseys, or vise-versa, but the amount of gray on the card makes this one aesthetically pleasing enough to pass my standards and keep me satisfied!

Frankie caught me totally offguard this year, although I was beginning to suspect something when I received a random text asking if I'm still collecting Joe Panik. Sure enough, a few weeks later I found a package in my mailbox that contained what now is my best card of the Giants All Star second baseman.

I'm very excited to see what the future holds for Gary Sanchez. Sanchez was our top prospect for a considerable amount of time after Jesus Montero made his debut in pinstripes (and was subsequently traded to Seattle for Michael Pineda) until the recent core of young studs flooded the farm system. After Judge, Severino, Bird, and Mateo found their way towards the top of the Baseball America lists, Sanchez became a bit of an afterthought.

This year, he proved that he was just as worthy as the newcomers at sitting atop top prospect lists. In 58 games in AA, he batted .262 with 12 home runs and showed improvement behind the plate too. He was called up to AAA, and was even more successful there (.295/6 HR/26 RBI in 146 plate appearances). But he stole the show in the Arizona Fall League, making a run for MVP of the off-season league. It was a good year to be Gary Sanchez. 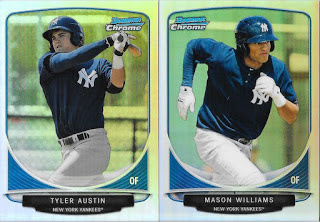 Tyler Austin and Mason Williams go hand in hand at this point. Both prospects have been highly touted at times for their athletic ability and skills, but neither player has been able to put it all together. Austin batted .240 between AA and AAA in 2015, far off what he had contributed in the past. He did perform better in the Arizona Fall League, and is still only 23. Williams made his major league debut in 2015, and showed some flashes of brilliance before a shoulder injury ended his 2015 rookie campaign. 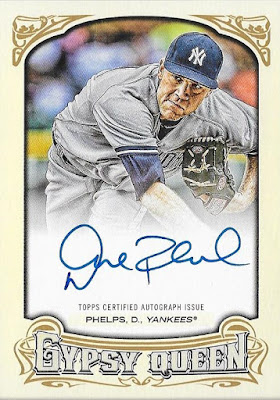 The Yankees have proven to be excellent at finding pitchers like David Phelps and Adam Warren. These long reliever/6th starter type pitchers are valuable because they can help keep the bullpen rested when starting pitchers have to exit early, and they are often more than capable of starting games when other pitchers get injured. Phelps was included in the deal with the Marlins that brought Nate Eovaldi to the Bronx, who I would personally much rather have. I did miss Phelps in 2015 though, and I absolutely love this Gypsy Queen autograph of his. 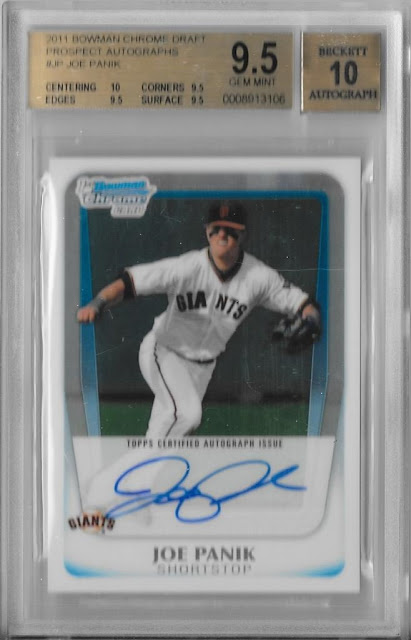 My mouth dropped when I first saw this card. Joe Panik's best rookie autograph.. graded a 9.5? Is this real life? I don't often collect graded cards, but you won't catch me complaining about having a card this monumental for the Panik collection slabbed by Beckett. I already had the Bowman autograph, but have already sold it for a different Panik (that I have already bought). This one blew it out of the water, and I'm so fortunate to Frankie for sending it my way.

Thank you both for such awesome gifts! I hope you enjoy yours as well (which are well on their way by now)!

Later today, I plan on outlining the fantastic year it's been, before revealing a big change effective tomorrow. Be on the lookout for a big finish to drewscards' comeback year!