Hey guys, Drew back here. My favorite part of the TTM hobby is that even if you aren't involved in various other forms of collecting, you can still receive nice gifts from time to time. When I get some free time, I try to whip up a few autograph requests, and during my blogging absence I received quite a few substantial successes! Take a look at what I got the pleasure of adding to my collection:

IronE Singleton: 1/1 (145 Days, Received February 8th)
Any Walking Dead fans? I've recently become a bit of a TV fanatic but despite all the shows I've obsessed over, this one still is up there as one of the best. Singleton played T-Dog, who was definitely a likeable character. He inscribed this "To Drew, IronE Singleton, T-Dog, Truth + Love", and it came out beautifully on this 5x7 I printed on Snapfish! 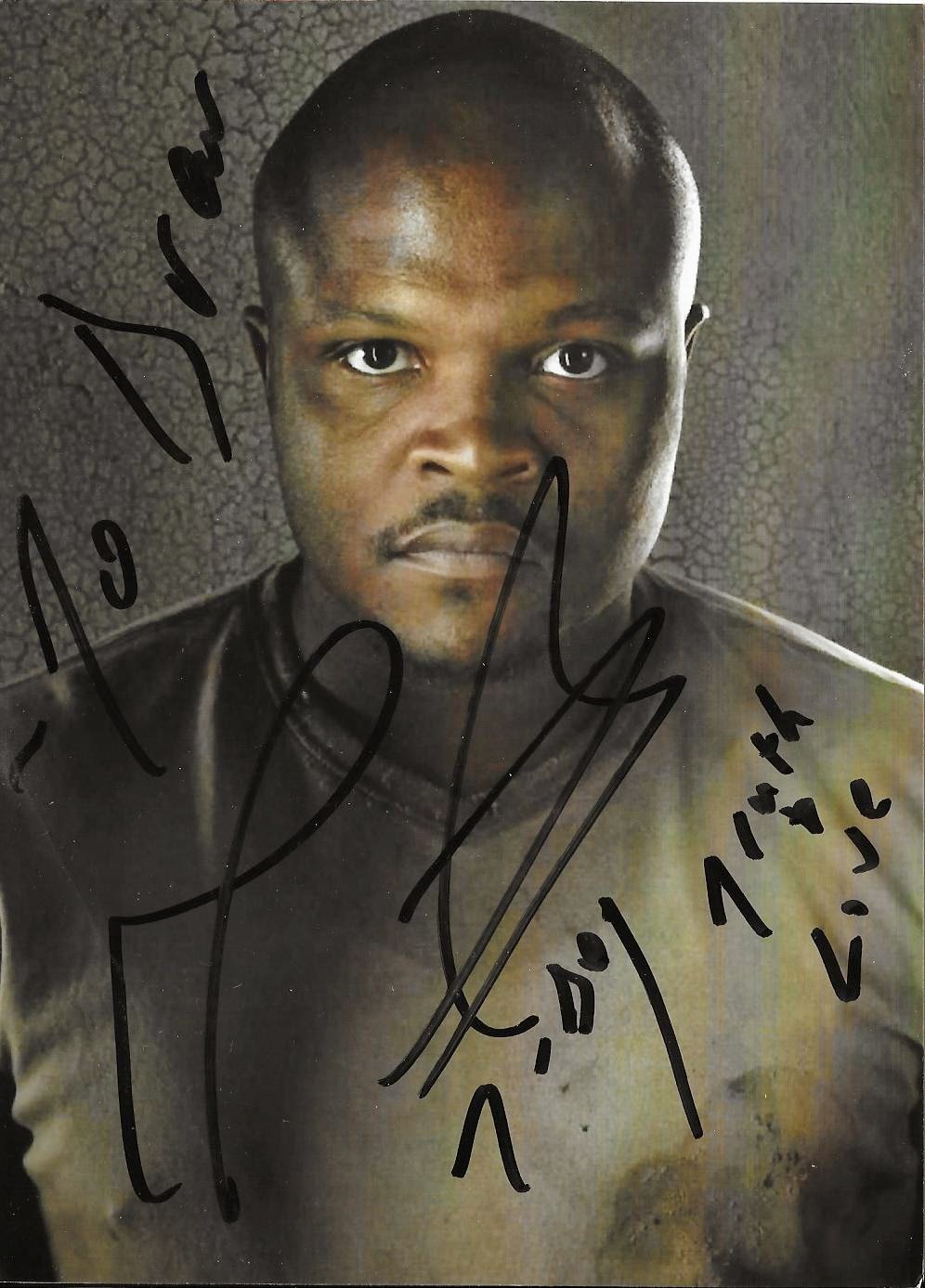 Doug Drabek: 2/2 (167 Days, Received February 14th)
Drabek was just before my time, but had a few very good seasons throughout the 1990's with the Pirates, and began his career with the Yankees! He personalized both cards out to me, which some people hate but I personally love. I wish more players would personalize instead of not signing at all, because I've never had any intentions of selling my TTM successes. 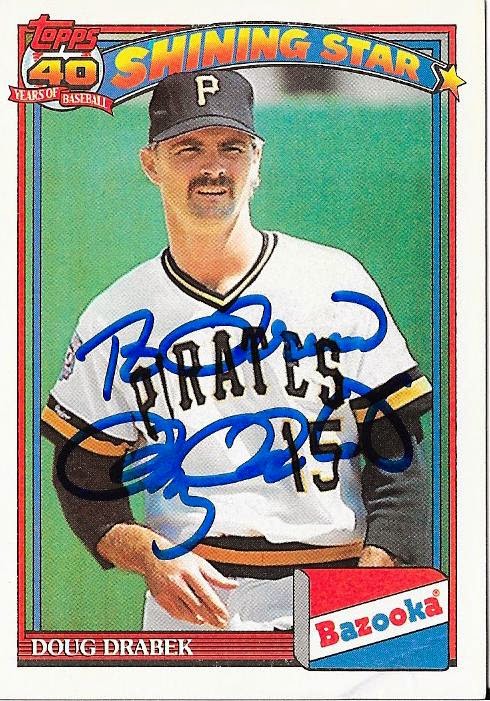 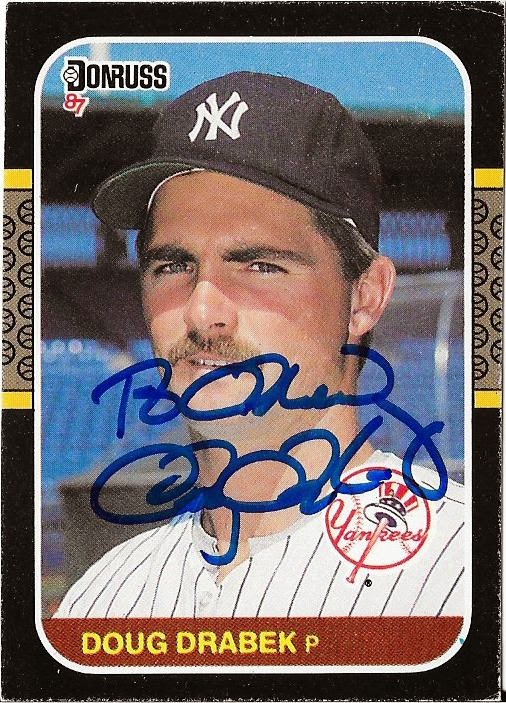 Bill Campbell: 4/4 (7 Days, Received April 29th)
Two time Rolaids Reliever of the Year Award winner Bill Campbell signed 3 cards and personalized an index card out to me within a week's time! I love knowing when players read my letters, which normally are pretty standard except for when it's someone I really want to add. I mainly sent to Campbell to add his autograph to my Pacific set, which I recently realized was a two year set with the same design for both years. There are over 200 cards between the two years, and I've got about 20 signed thus far! 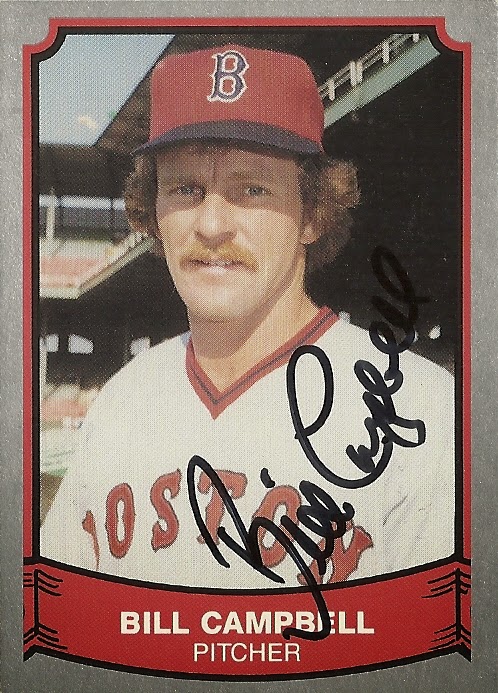 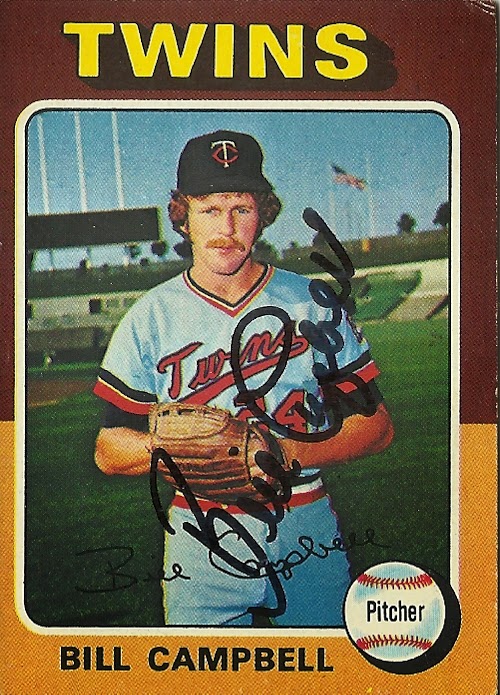 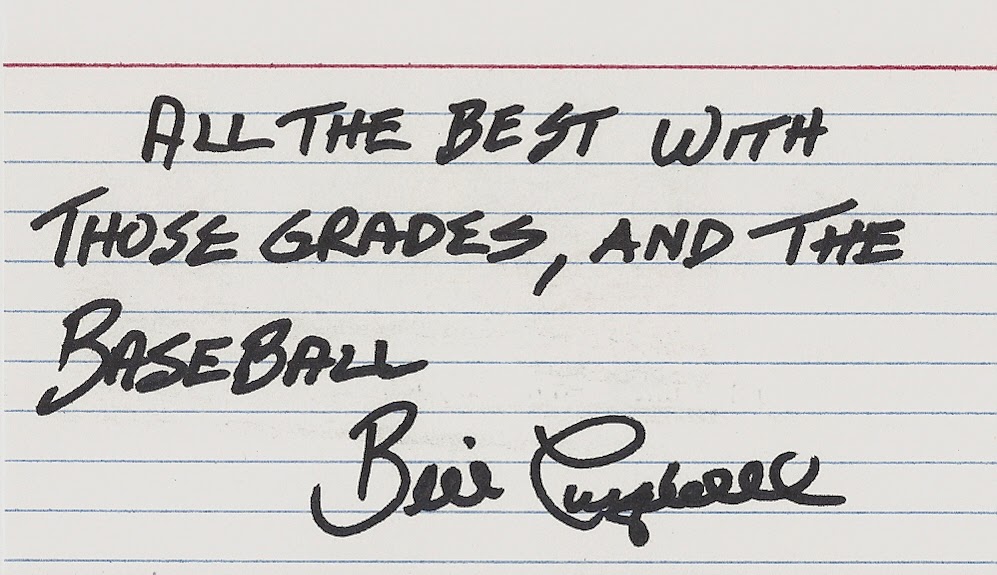 Gary Peters: 3/3 (7 Days, Received April 29th)
Peters was a 2 time All Star and the 1963 American League Rookie of the Year, so I figured getting his autograph for free was a must. He signed a 1988 Pacific, a 1960 Topps (signed in ballpoint, very difficult to see), and an index card with his Rookie of the Year inscription! On April 29th I received 7 total autographs between Peters and Campbell, so it was a pretty big day for me. 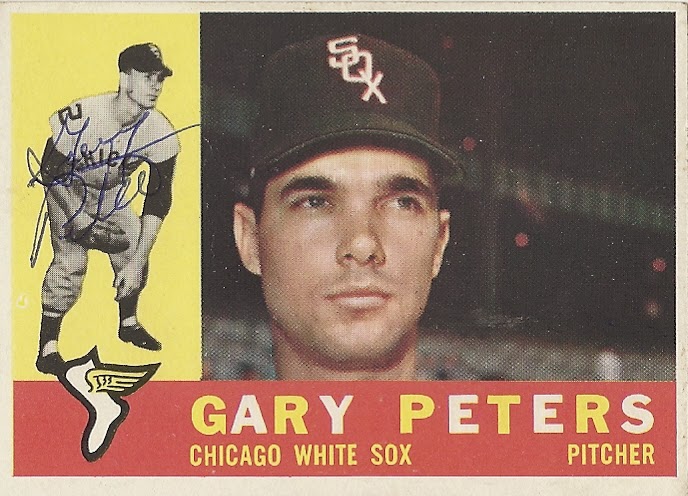 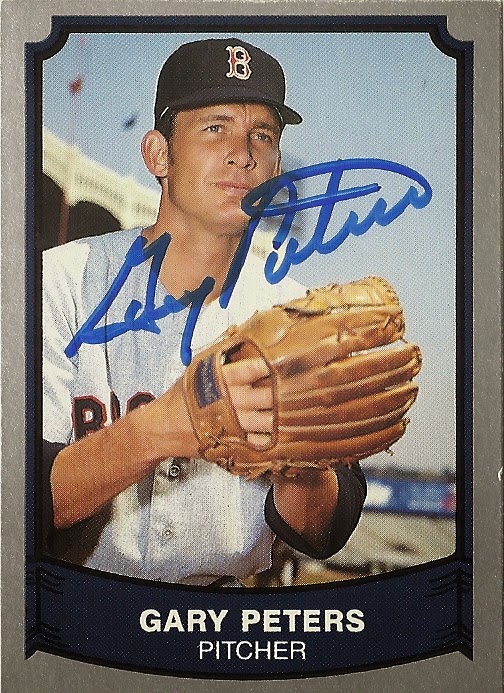 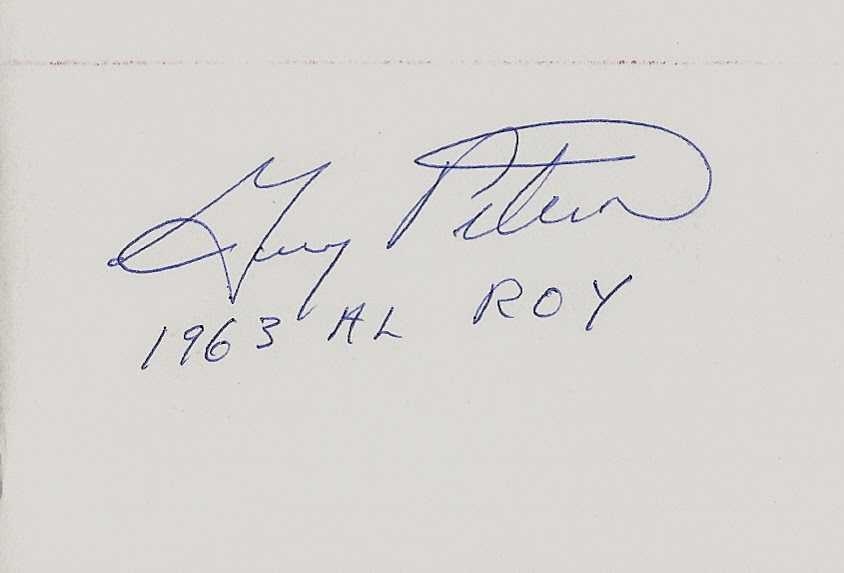 Bill Virdon: 2/1 (9 Days, Received May 1st)
I already got Virdon a few years back on one of my custom cards and an index card, but I needed to add him to my Pacific project as well. He signed that for me and also threw in an additional signed card, which I assume was supposed to be someone else's. I'll take an extra autograph any day! 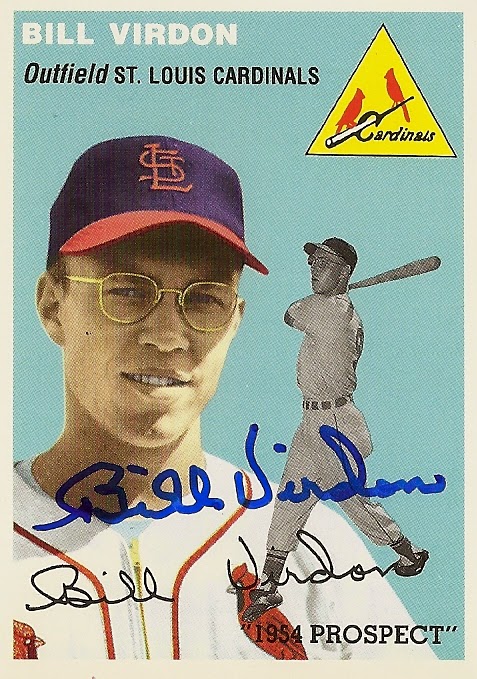 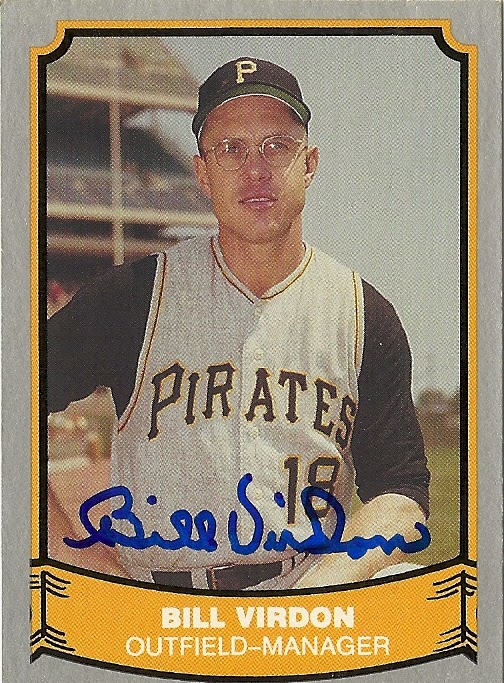 Dick Groat: 2/2 (9 Days, Received May 1st)
I've also gotten Groat before, but it didn't seem right to not add him to my set given his great credibility as a TTM signer. Seriously, if any of you haven't gotten Virdon and/or Groat yet, you should definitely get on it. Both were key contributors to that legendary Pirates team that beat the Yankees in 1960, and Virdon was a former Rookie of the Year, while Groat was a former NL MVP! Groat also signed my 1967 Topps, which came out as a carbon copy of the facsimile autograph directly below it! 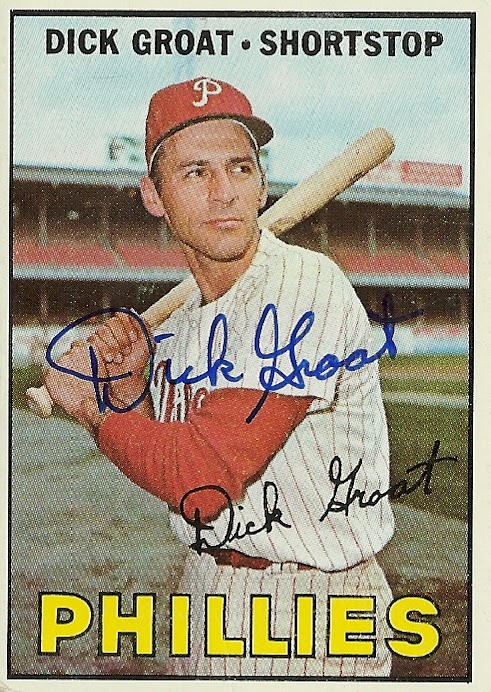 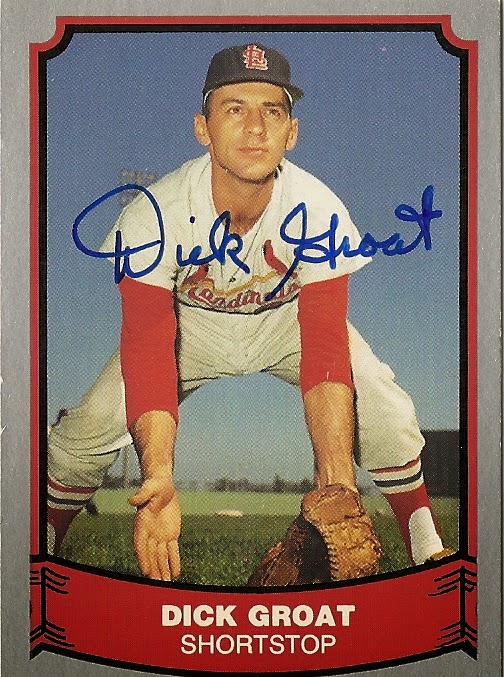 Alvin Dark: 1/1 (10 Days, Received May 2nd)
Al Dark was a 3 Time All Star and the 1948 Rookie of the Year, and on top of that he managed throughout the 1960's and 1970's after his playing days came to a close. He won a World Series with the Giants as a player in 1954 and with the A's as their manager in 1974! He's now 92 years old, as you can probably tell by the autograph he gave me on my card below. He also included a little prayer pamphlet, which doesn't interest me all that much but is interesting nonetheless. All in all, a very cool success from a man who has accomplished a lot during his time in the game. 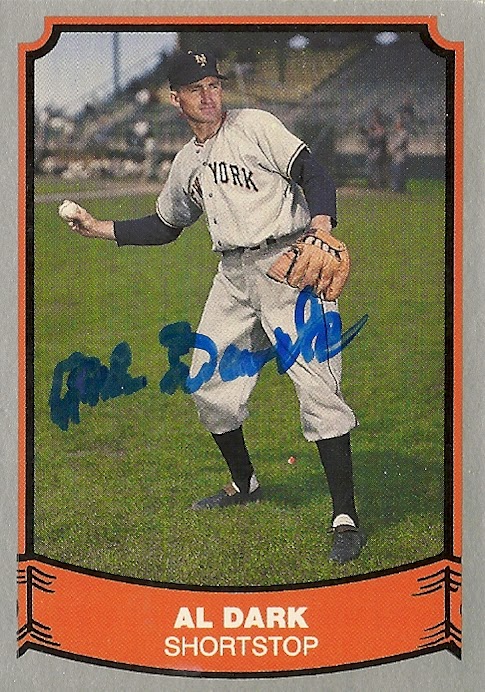 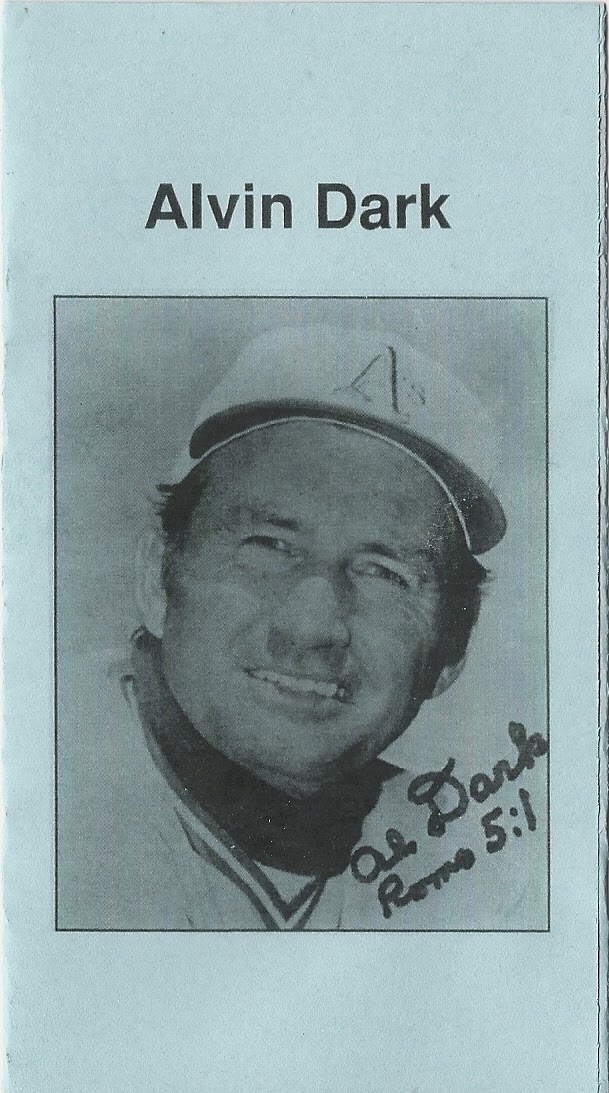 Mike McCormick: 0/2 (Failure, 13 Days, Received May 5th)
Former Cy Young Winner Mike McCormick left me a note on my letter that read "Because of E.B.A.Y. I now charge $5 for signed cards, Sorry" and left his address below. Well, he's not getting my $5, so I guess everyone loses in this case.

Rich Reese: 2/2 (15 Days, Received May 7th)
I'm not quite sure why Reese was included in this set, as he was simply a mediocre player for the Twins in the 1960's. However, he's indeed part of it, so I now have his ballpoint pen signature in my set, along with a signed index card! 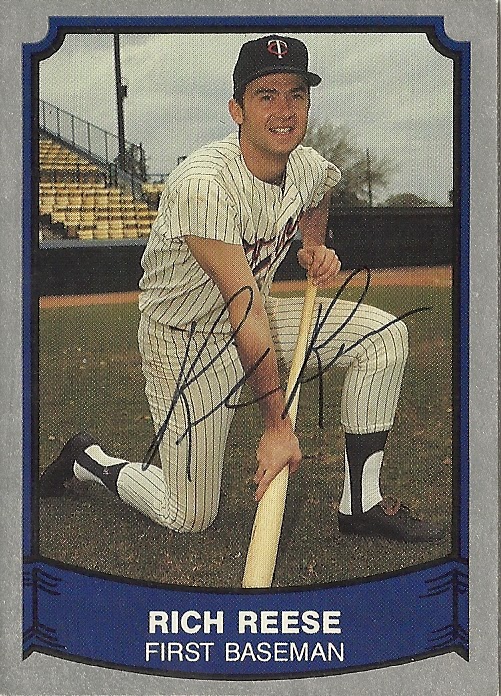 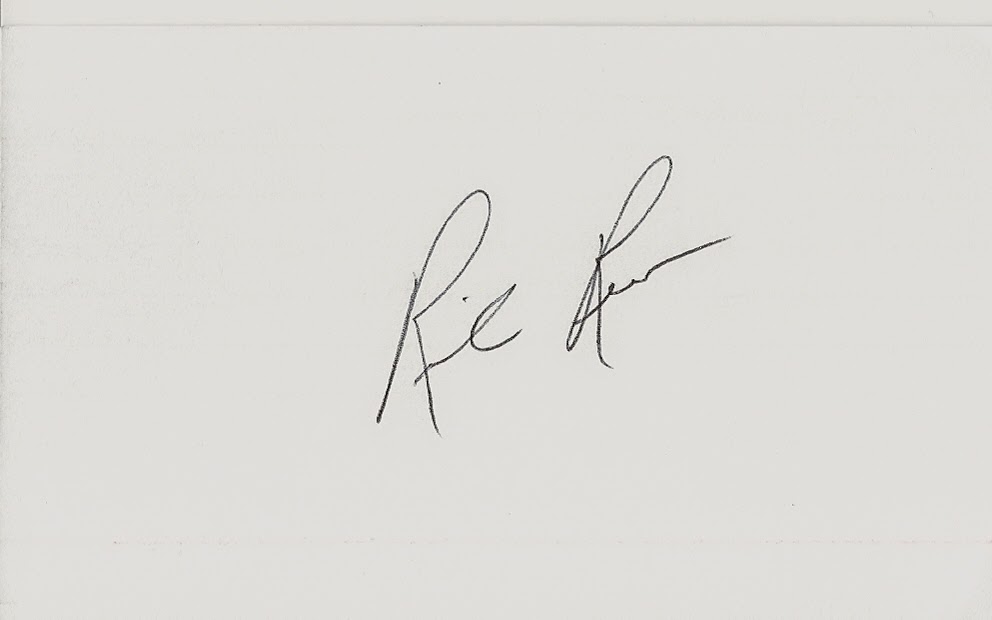 David Phelps: 1/1 (16 Days, Received May 8th)
I am really growing to like what David Phelps brings to the table. He's been one of the Yankees most consistent pitchers this season, and it's great seeing how much he's grown since he first got called up a few years ago. Of all of the successes I got in this post, this (and maybe the Walking Dead one) was my favorite! He signed a 2014 Topps card for me beautifully with his number inscribed. Safe to say I'm an even bigger fan now! 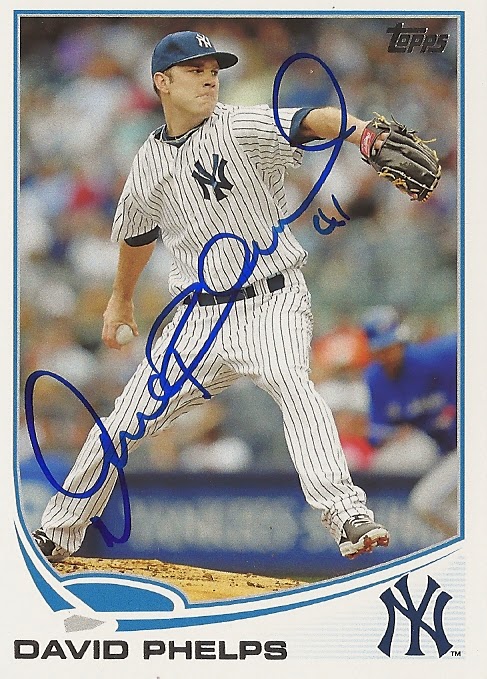 Eric Young Jr.: 2/2 (17 Days, Received May 9th)
This guy is pure electricity, and I absolutely love that in a ballplayer. He doesn't hit for much average, but he's a sparkplug and this season he's stolen 22 of 25 bases! He signed and personalized both cards for me, the 2014 Topps even included #R2BI, which is apparently something he started that stands for "Refuse to Be Ignored". I love the way the National Chicle card came out, and these are both pretty awesome additions as well. 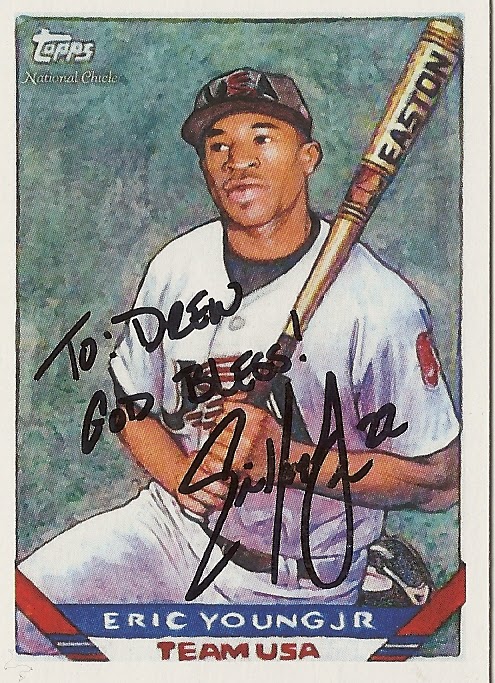 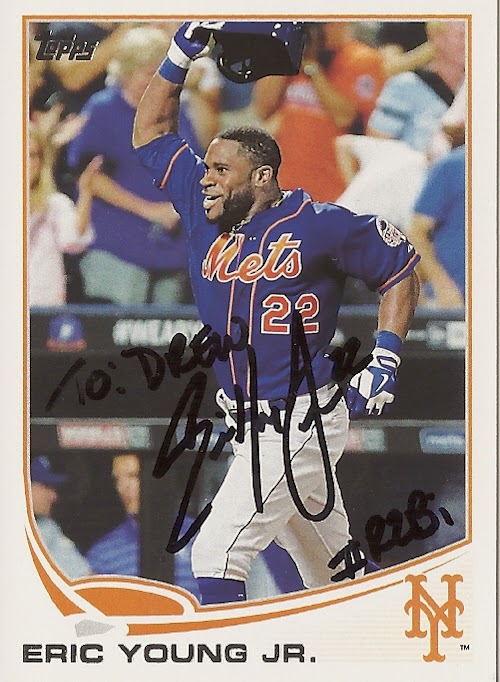 Ken Holtzman: 1/2 (64 Days, Received June 25th)
Holtzman was my most recent success, and although it didn't come out pretty (probably one of the worst autographs I've ever seen), it was my 20th signed card in my Pacific Legends set! He threw 2 no hitters, made 2 All Star teams, and won 3 World Series', so he had a pretty solid career to say the least! 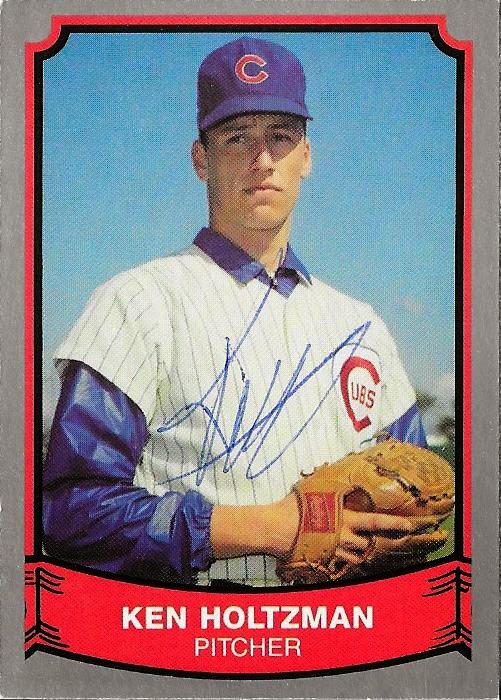 It sure is nice to be back on here from time to time. I should have more coming in the future, and I'm planning on attending one last card show with my dad before I head off to college next fall! Stay tuned for all of that, but for now, See Ya!
Posted by Drew at 6:35 PM