Mr. October at the Fall Classic! It's Déjà Vu All Over Again!

Hey guys, Drew back here. When I first started my blog over 5 years ago (wow), this was one of the posts I had eventually anticipated to write. And even then, at the age of 12 did I know that this post had the potential to either be a horror story or a moment I'll never forget. It turned out to be a mix of both, but I was finally able to say that I met Reggie Jackson himself! 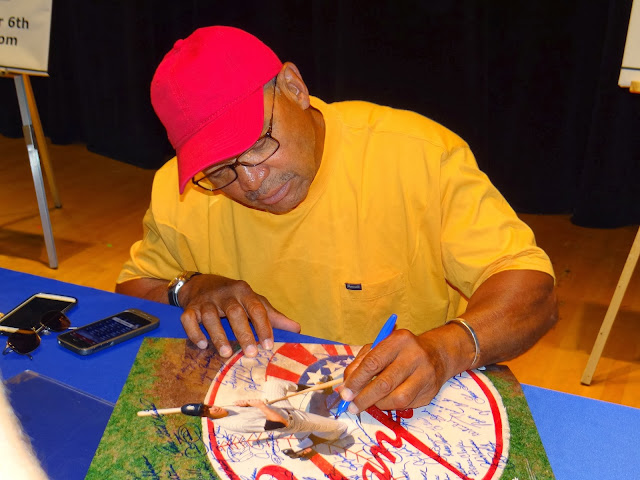 As he entered the building and I saw him among move towards his table, goosebumps filled in my bones. Perhaps the greatest postseason player of all time with the exception of Babe Ruth was right in front of me! All of a sudden, the collectors started chanting "REGGIE, REGGIE, REGGIE!" and I thought about his legendary World Series performance. He took notice of a little boy wearing a Yankee hat on the staircase, bent over and said hello, and I began to get the sense that this experience would be one I wouldn't forget. 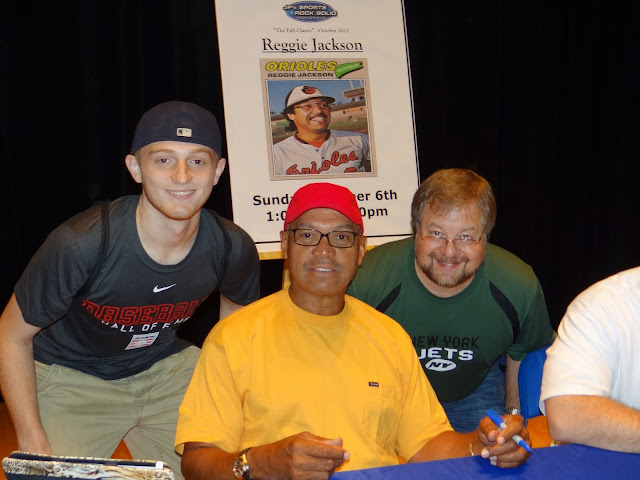 Eventually we got our opportunity to say hello to Mr. October, and he was still in a decent mood by that point. He was caught up watching football on his iPad while trying to move the line along so he didn't speak much, but he gave us everything we asked for. He wasn't cheerful, but we hadn't expected him to be. I've heard so many horror stories about him signing in person, so I was more than happy with the way he treated us all. Oh, and the picture came out awesome. 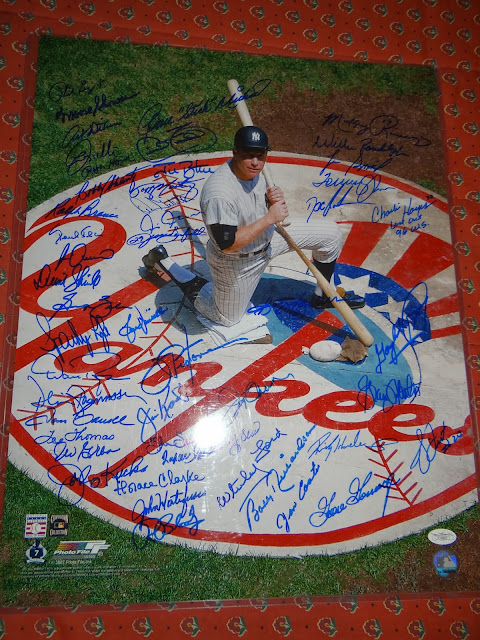 But, it wasn't all good news. See if you can find Reggie's name on my Mantle photo. (Hint: try to find the worst possible location to sign in blue sharpie on the entire photo) The moment he saw my picture he immediately signed it without asking where to put his name, and signed right by Mantle's right knee. You can hardly see the autograph on the photo and it really is a shame given how much I paid for the autograph. Oh well. I thought about it, and really, it was fitting that Jackson and his big ego would do something stupid like this. 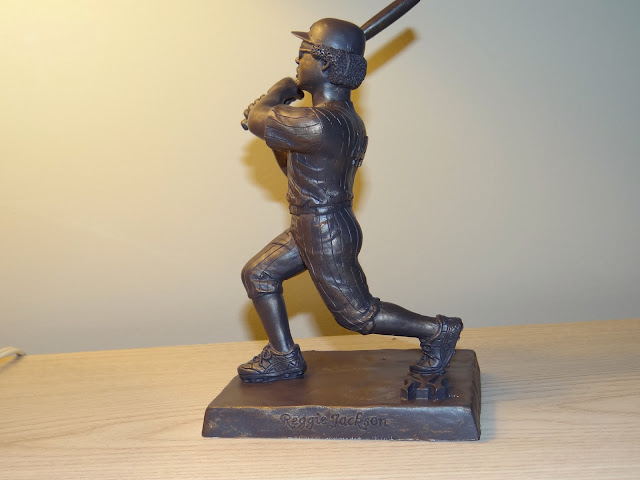 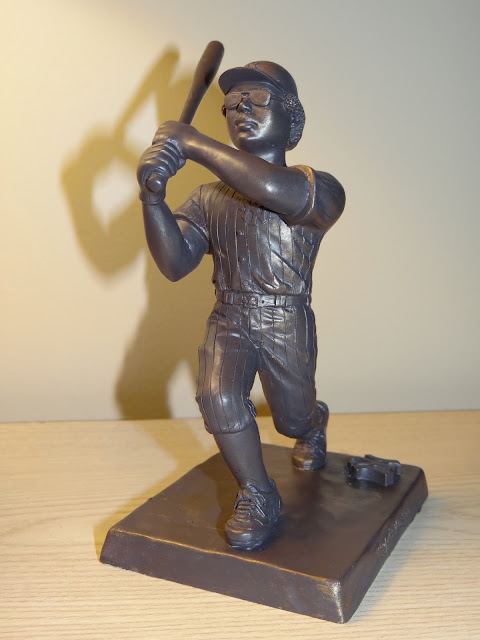 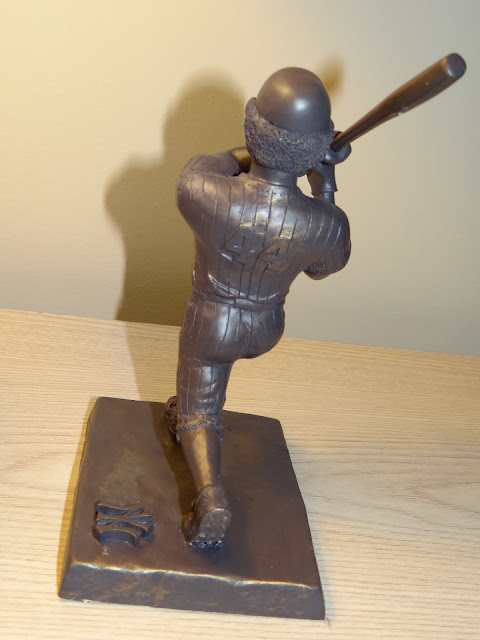 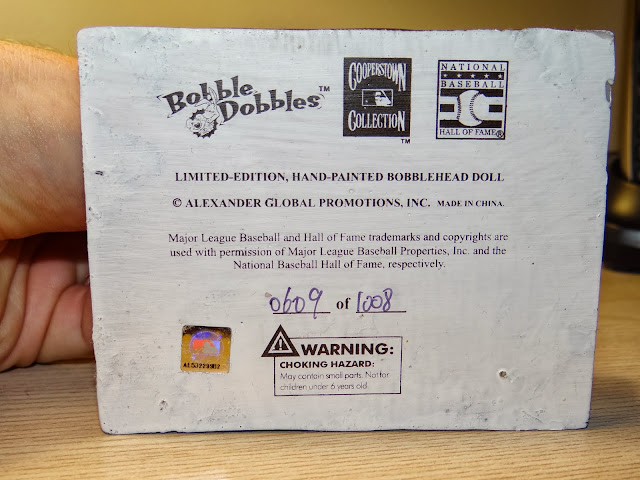 Along with my disappointing autograph though, I did at least get this free "Bobble Dobble" hand painted statue of Reggie! It's a pretty cool piece and I really appreciate JP's Sports giving everyone who bought Jackson tickets this for free. For all the money I've spent over the years, I've taken home a lot of memories and a lot of ink, but not a whole lot else. And it hasn't been cheap. Limited to 1008, this piece will certainly find a nice place in my mancave.

Overall, had Reggie just picked a different spot on my photo, this would've been a perfect moment with a player who certainly thought he was perfect. While I'm not normally a fan of cocky athletes, I think Reggie made up for his mouth with his performance, which is exceptionally rare. I'll always be a fan of his because he was a big part in helping the Yankees back up to the top.

Thanks Dad again for taking me down and helping me with some of the cost. I'll never forget this.