Hey guys, Drew back here! So, last weekend was certainly filled with highs and lows. I worked two very busy nights at the restaurant I've been working at, and I had to take the SAT again. Fortunately, my Dad and I had arranged a trip down to White Plains to relinquish some of that stress afterwards, and we headed down to JP's Sports' "Fall Classic" the next day! Before I get into who I got the chance to meet, take a look at some of what I picked up! 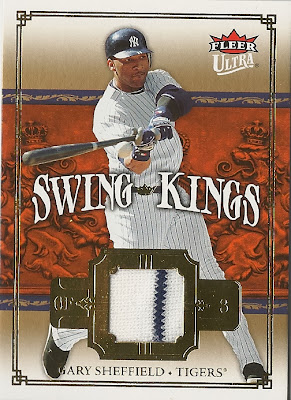 First, out of 2007 Fleer Ultra, here's a "Swing Kings" relic of Gary Sheffield! Sheffield is one of my favorite all time Yankees, so I think it's about time I add some more of his stuff into my collection. After all, he was my first favorite player. I love the way the pinstripe looks on this card. 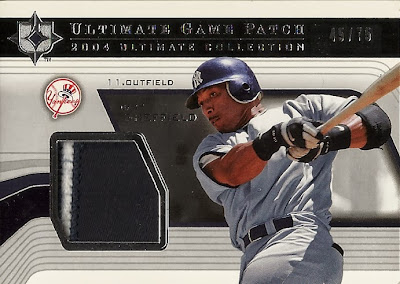 Also of Sheff, here's a 2004 Ultimate Collection patch card of his numbered only 45 of 75! I got this card for about $7 since it was in my friends Hunter & Rich's bargain bin, and I'm really glad I found it! It's a pretty solid patch for a Yankees card, and I can guess the patch is from the interlocking NY. 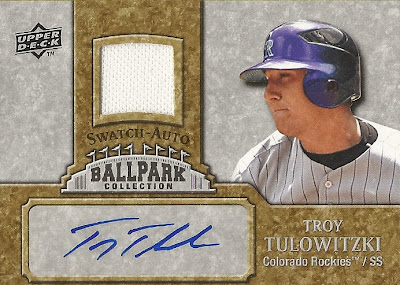 I ended up also adding this Troy Tulowitzki Ballpark Collection auto relic for less than $10 as well! I'm eventually hoping I can start a mini-PC of Tulo's, since I always seem to end up with him on my fantasy team. Despite his frequent injuries, I still believe he is the best current shortstop in all of baseball.

My dad also picked up a few things for me to open up on the ride home. The first of which was only of these relatively new blaster boxes: 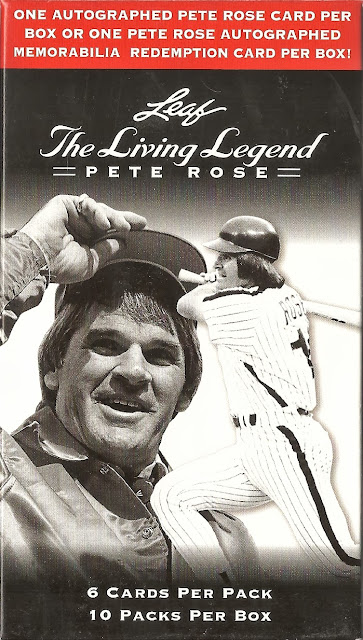 Ever since my Dad & I got to shake Pete Rose's hand in Cooperstown this summer, we've been big fans of his. This blaster contains a set of entirely Pete Rose cards, a set that you will most likely get all of just by opening one of them. While the set isn't as exciting as Charlie Hustle was on the basepath, it's still a nice tribute to one of the most electrifying players to ever grace the diamond. 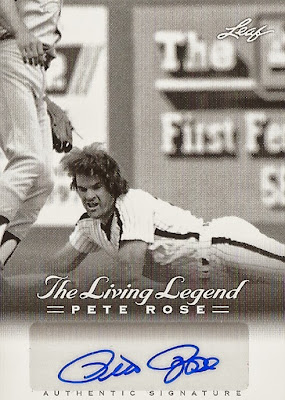 Oh, and did I mention that each blaster comes with a Rose autograph? You can get an autographed variation of any of the cards in the base set, and I ended up with this fitting photo of him sliding into second. Although these don't go for a lot, it's still a Pete Rose autograph and you can't go wrong with one of those (unless you're Bart Giamatti)!

One thing I've learned over the course of countless trips down to White Plains is that my Dad loves taking a gamble on mystery boxes. I really enjoy opening boxes, but I always am cautious about it due to the prices. Normally I would take buying something I like instead, just because I know I'm not going to be let down, but once in a while you have to say what the heck and take the plunge. With that in mind, my Dad also picked up one of these 2011 Just Minors Mystery Balls! 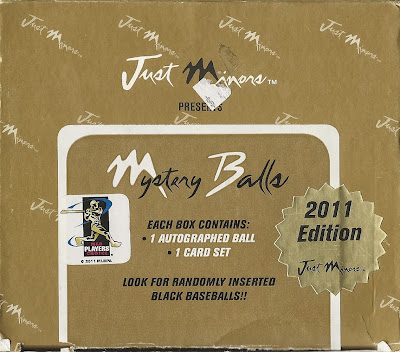 The potential was certainly there in one of these. I mean, for example, take a look at who is in the base set: Price, Santana, Craig, Teheran, Robertson. I mean, these sets are loaded with stars, and future stars! Well, we didn't get as lucky, but we could've done worse. 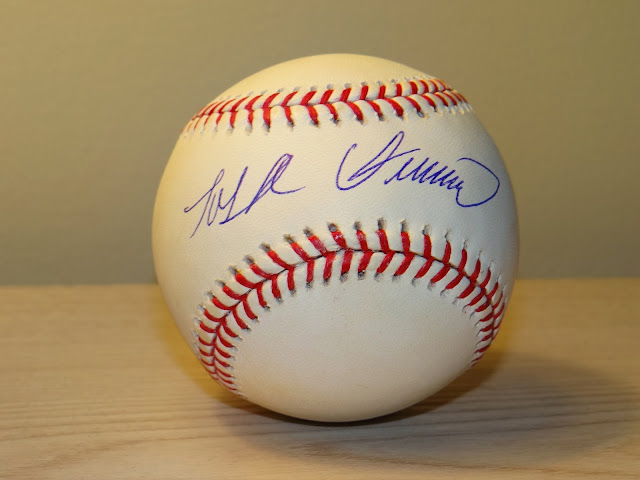 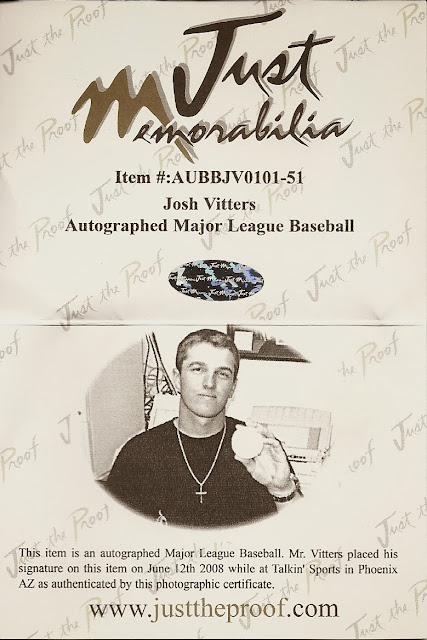 We ended up with Cubs prospect Josh Vitters. Josh has been bouncing around in the Cubs farm system since 2007 now, and after a solid AAA stint this season he was promoted to the big leagues. He struggled mightily in over 100 at bats, hitting .121 with 2 HR and 33 strikeouts. Hopefully he'll be able to put it all together in the future and expose all the tools he showed off in the minors!

If anyone is interested in the ball please comment below and we can try to work something out! Despite the pull not being who we wanted, it was still fun to give one of these Just Minors products a chance! Thanks Dad for everything, you're the best! Stay tuned for the really good stuff...