Hey guys, Drew back here! Although it isn't Friday yet, the week is already over for me, because due to the impending huge snow storm here in the Northeast, school's already been cancelled for tomorrow, and there's also a good chance we'll miss Monday! Talk about a great way to kick off the weekend!

A week or so ago, I received probably the largest package I've ever gotten from my closest hobby friend, William! I wasn't exactly surprised, since he's been so generous to me along with several other bloggers over the years. Plus, part of what was inside I knew would be there, as it was part of our recent autograph trade. However, although he mentioned a few small things here and there, I didn't see any of this stuff coming! Take a look: 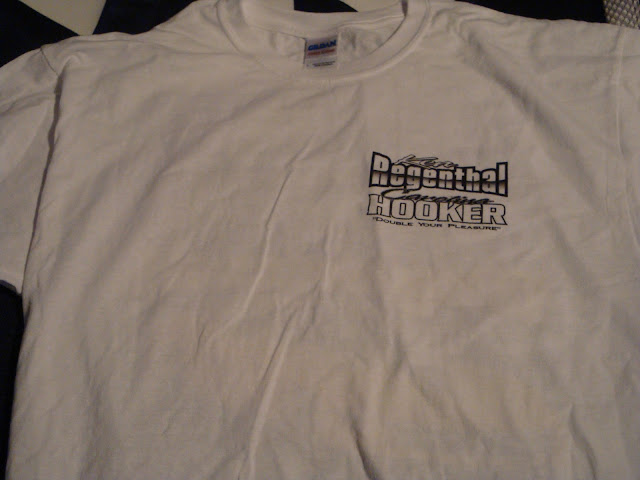 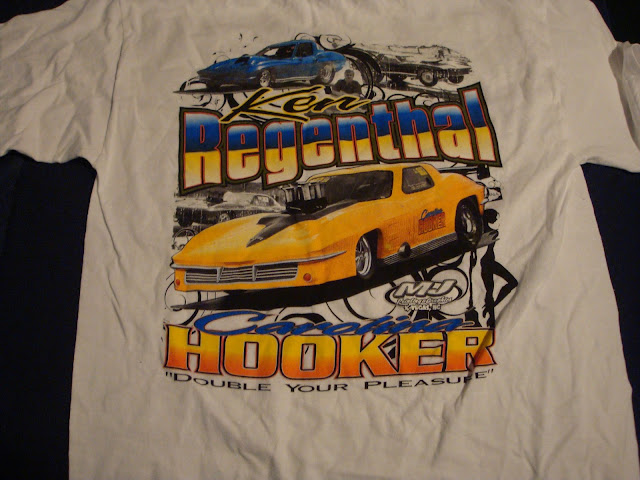 First and foremost, recently William helped his family make some custom shirts for his dad Ken Regenthal, who's basically raced most of his life. William was kind enough to make a few spare shirts, and he sent one over for me, which I thought was really thoughtful! It may be a bit much to wear to school, however I'll certainly make great use of it, as I normally do with T-shirts. 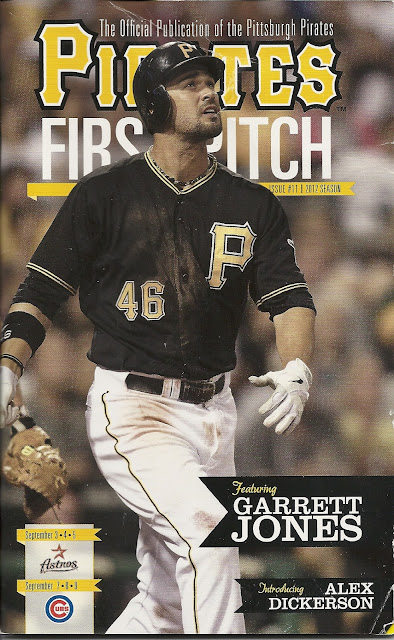 Second, he also promised to save me one of the programs from the Pirates game he attended during last season (you can read about his experience here)! He forgot to send it for a little while, but I was really in no rush to receive it, since he was doing me a favor anyway. Boy, were the Pirates a great story in the beginning of the season. They've become my favorite National League team by a long shot, so I'll be rooting for a nice rebound season, and hopefully a little playoff baseball for once! 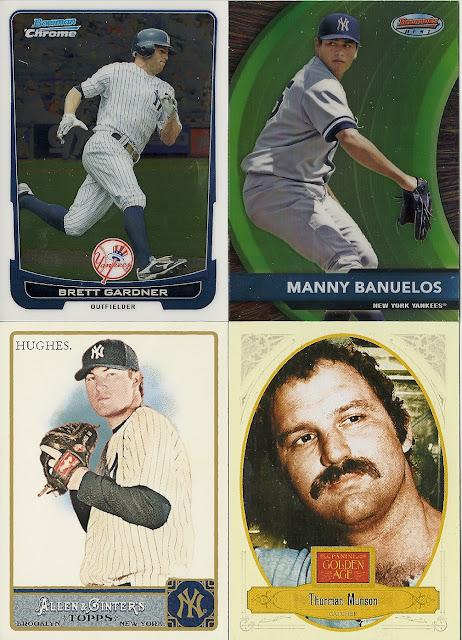 Next, he threw in a few Yankees extras, all being from products that I haven't gotten much (if any) opportunity to check out yet. Bowman Chrome is great for purchasing singles, but I mean come on, 3 cards a pack is a ripoff unless you pull a superfractor autograph of Mike Trout. However, the design is very sharp, and I really like the way the Banuelos insert looks. As for the Thurman Munson out of Panini Golden Age, it just seems like you could make many celebrity lookalikes using it. It's a great card though. 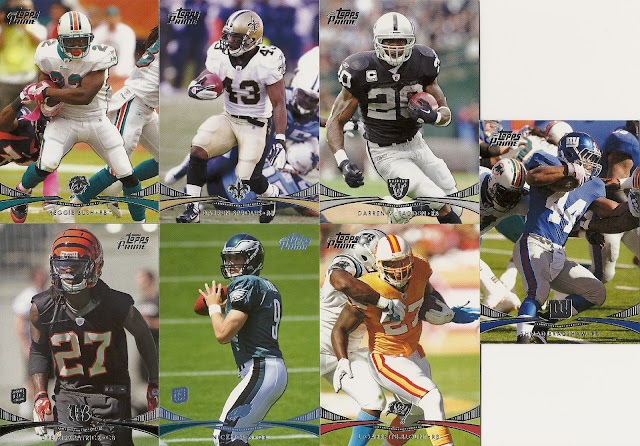 Also, he tossed in an opened pack of Topps Prime football, probably because he didn't really have any interest in any of the cards. I'll take them though! I've really slacked off collecting football cards lately, and to be quite honest I didn't even find the Super Bowl all that exciting to be honest. Baseball season is right on the way though!

All of the preceeding stuff was really awesome and appreciated, however this item here was the core of our most recent trade: 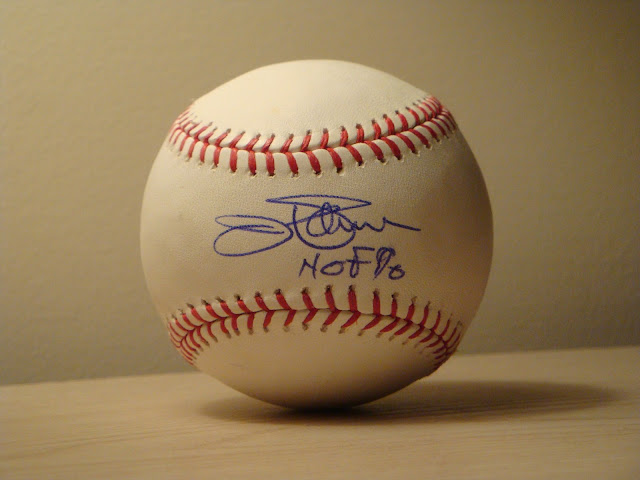 In exchange for the Harold Baines baseball I got signed during my recent card show, William sent me this Jim Palmer signed baseball, with the 'HOF 90' inscription and all! It was a sad day for the Orioles organization the day the ball was signed, as Palmer's former manager Earl Weaver passed away. I never got to write a tribute for Mr. Weaver (nor Stan Musial for that matter) because I was knee deep in midterm exams, however I offer my deepest condolences for their families and their organizations.

Even though it was a tough morning for Orioles fans, Fanfest proceeded, and Palmer signed the ball for William. You can read all about it here! I really appreciate William getting this ball signed for my new and growing signed baseball collection!

Thank you so much William for all of this, as well as all of the other great things you've done for me over the years! I hope you enjoy the Baines ball when you eventually get it!