Hey guys, Drew back here! I have to say, I feel like I'm officially back in this hobby, and it's a really nice feeling. I mailed out my 1st 9 Spring Training TTM requests yesterday, and shipped about 7 bubble mailers to kick off my winter wipeout I posted about (PS: you can still get in on the act here if your team is still available). I've gotten quite a few TTM successes back of late, and I figured I'd show off a couple more Jets autographs from the recent football batch I sent out in late December. I mostly sent to former role players on the team, as I have a majority of the elite Jets already. Check these two out: 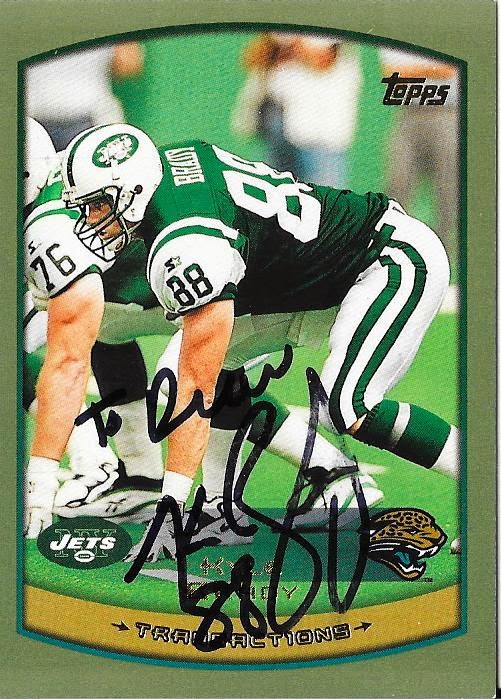 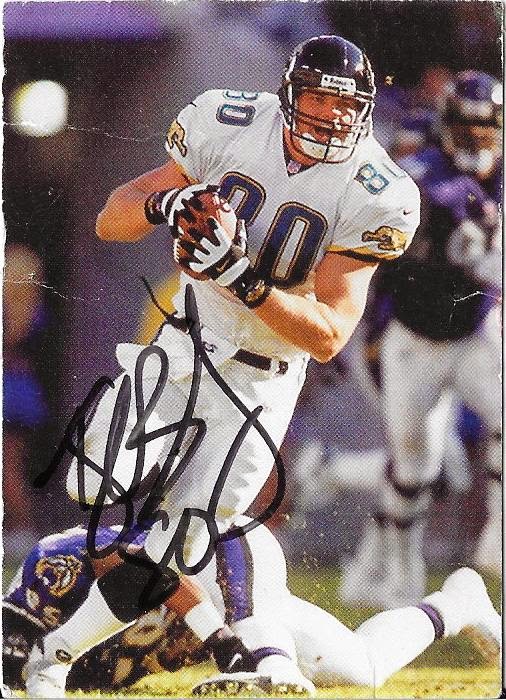 Kyle Brady returned my Jets card signed and also included a fairly damaged signed Jaguars card as a bonus in just under a month! Brady was the Jets 1st round pick in the 1995 Draft out of Penn State; and while he wasn't exactly who fans wanted the team to draft, he was still projected to be a very good player. After four mediocre years as a Jet, he signed with the Jaguars and watched his career take off. He was never a star, but was a durable, productive player for a bad Jags team, until he signed with the Patriots in 2007. He was a helpful part of a team that went undefeated in the regular season, and he retired following that season. He worked in broadcasting shortly following his career and now is a licensed financial advisor for athletes.

He signed and personalized the Jets card I sent him, and threw in the bonus I mentioned before. It was a pretty nice success, in all. 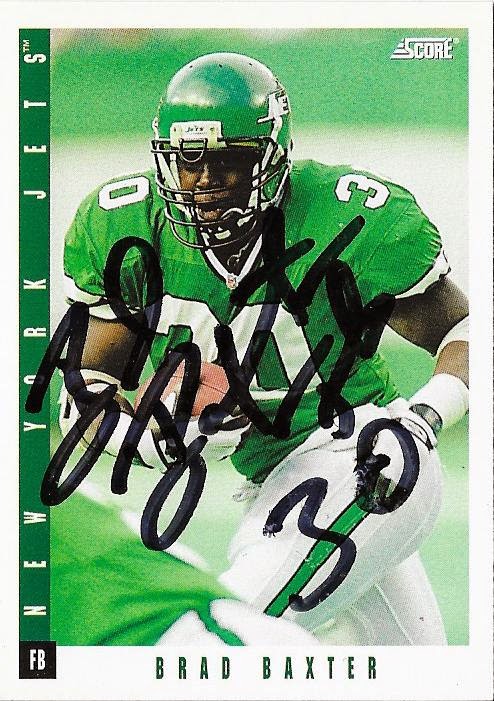 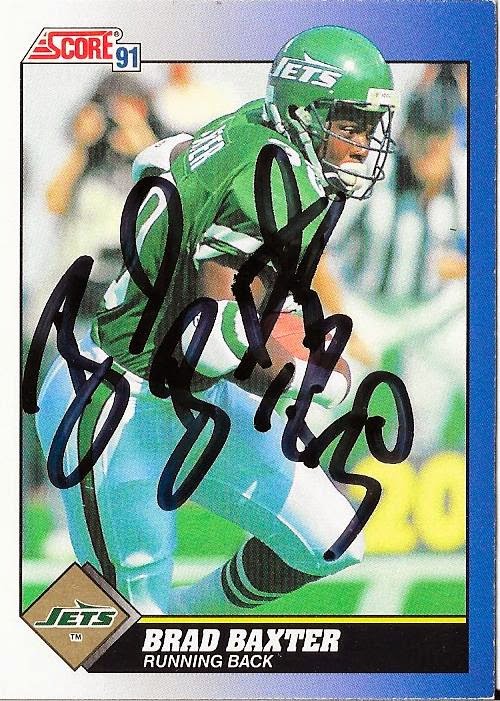 Former running back/full back Brad Baxter was drafted in the 11th round of the 1989 Draft by the Minnesota Vikings, but became a Jet soon after. He played parts of 7 seasons in the league, all for the Jets. His best season was in 1991 when he ran for 11 touchdowns, but he never quite was the same player after that year. He signed two early 1990's Jets cards bold and black with his number 30 inscribed, and they came out great. I love those old Jets uniforms, and wish they could use them as retro uniforms once in a while today. Just a thought.

Alright, time to go finish some schoolwork. The Walking Dead returns tonight, and Better Call Saul premieres as well. I got to say it's gonna be a good day.