Hey guys, Drew back here! All summer, there are certain events I pinpoint as being the highlights of my summer. Sunday was one of those very days, as Dad and I geared up to make the trip over to White Plains, NY, for the East Coast National! As most of you know, we're common customers to JP's Sports autograph signings and card shows, and with a pretty solid lineup, we couldn't miss out on it. I met 6 players, which will be shown later this week, and bought a couple of nice cards, but for today, you guys will see the results of the few packs I opened at the show (hint: I didn't do too badly!). Here we go! 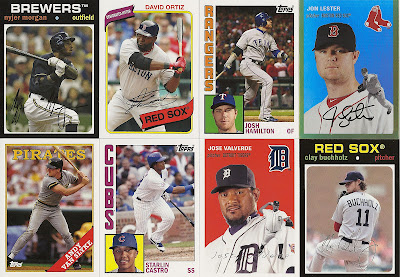 If I didn't get the Hamilton card I wouldn't have been very happy at all with this pack. Every card besides it is for trade. 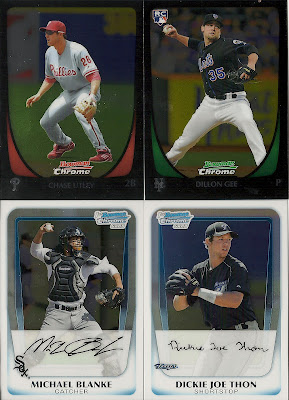 I'm not quite sure why I bought a $7 pack that only held 4 cards in it. I was feeling good, so I thought maybe a sweet auto would be coming, but well, the results of this pack gave me a pretty solid reality check. 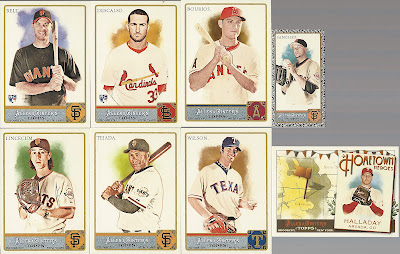 I wasn't paying attention when looking for these packs, and instead of grabbing a pack of the new Ginter, I got some of the old, boring, last year Ginter. I believe I have the set, so these are for trade too. 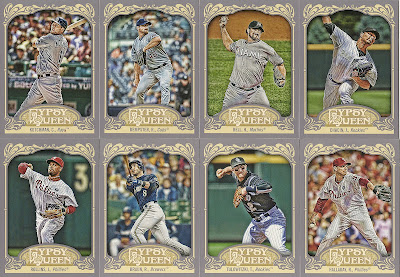 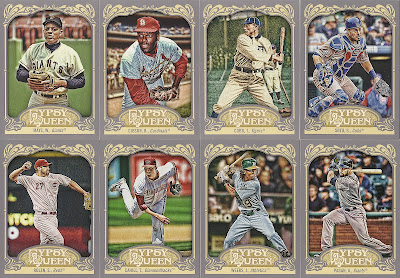 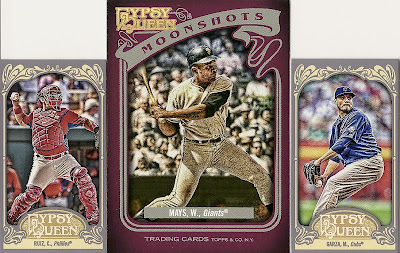 I love the look of this year's Gypsy Queen, and by far these were my favorites of the packs. The mix of older and newer players makes for a really strong checklist, and it's fun pulling cards of people I actually know (unlike Dickie Joe Thon)! But, I did say earlier that I did pretty well overall, and well, one card in the Gypsy Queen pack just about made up for the cost of the packs.... 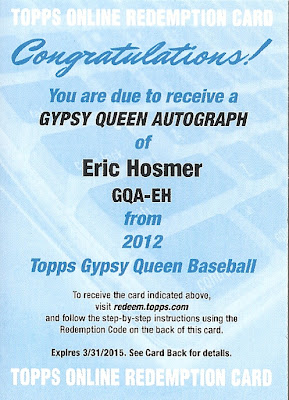 I saw blue when I opened the pack, and I suddenly thought it could be Griffey or Koufax or Darvish or just something beyond incredible. It wasn't at THAT high of a level, but I'll take a Gypsy Queen Eric Hosmer on card auto any day! Hosmer is having a sophomore slump type season, but I think he's got enough potential to be a star for the next decade or so! I redeemed this when I got home, and unfortunately, the Estimated Shipping date was around the beginning of December. A long wait, but I believe it will be well worth it.