Hey everyone, Drew back here. I hope everyone had a safe and Happy Halloween! Mine was relaxing, as I got to sit back and watch game 4 of the World Series after powering my way through a never ending week. I've been rooting for the Mets because I honestly don't have any emotional attachment to the Royals at all, and because I'm a big fan of David Wright's. It doesn't look ideal for the Mets, but crazier things have happened.

I have been able to add 13 new Luis Severino cards to my collection since my first edition of Severino Sunday, and the quality hasn't decreased as far as I can tell. 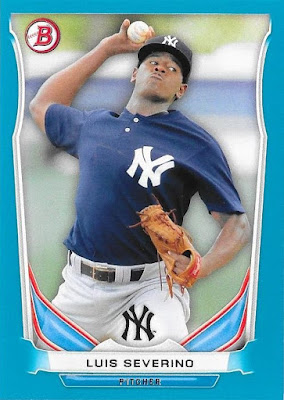 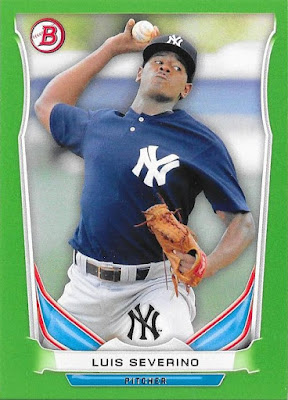 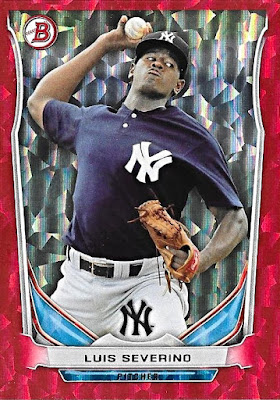 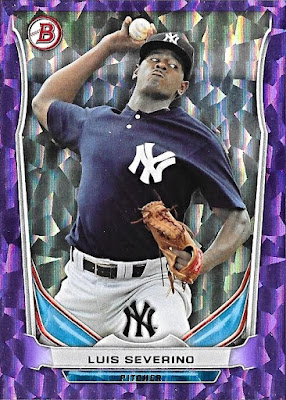 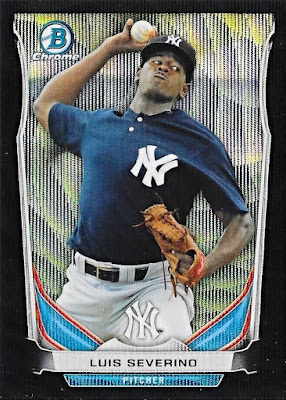 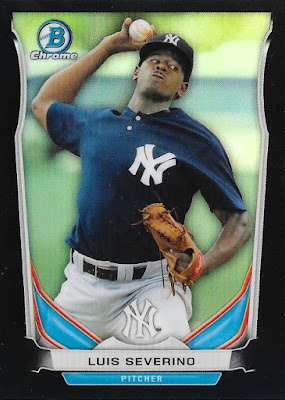 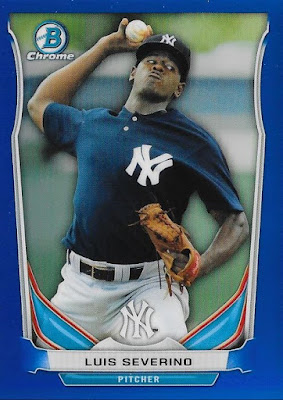 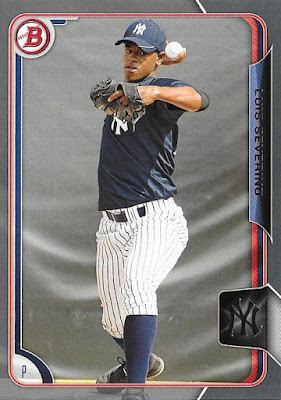 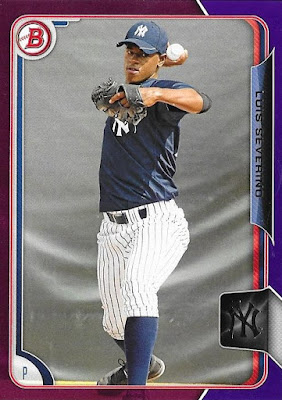 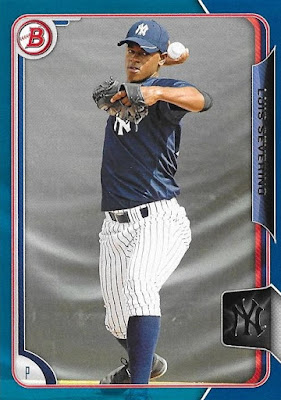 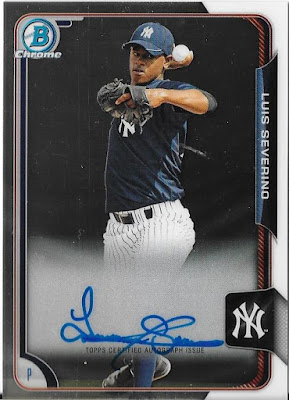 Many of these additions came together via Check Out My Collectibles, but the autograph, ice parallels, and black refractor arrived through separate eBay purchases. I now have his regular and refractor Bowman rookie autographs, and hopefully won't be my last Bowman autograph parallel of his. I completed the mini 2015 Bowman Chrome Prospect Profiles rainbow with the regular and green parallels (the gold and orange cards were featured in the last post). It's quite difficult working on four separate set rainbows at once of a highly touted prospect, but its refreshing to get the newest set out of the way before the cards become more rare and expensive.

To see my current Luis Severino collection all together, click here.

Before I let you all go and enjoy the rest of your football and World Series Sundays, I would like to announce the winner of my Victory Fine Art contest I ran this week. I was a little disappointed by the total number of entries, but those who did get involved were fantastic and it really seems like I'm not the only one to see the potential of this company.

I placed all of your names on random.org and after five randomizations, the winner of any Victory Fine Art print of their choice is... 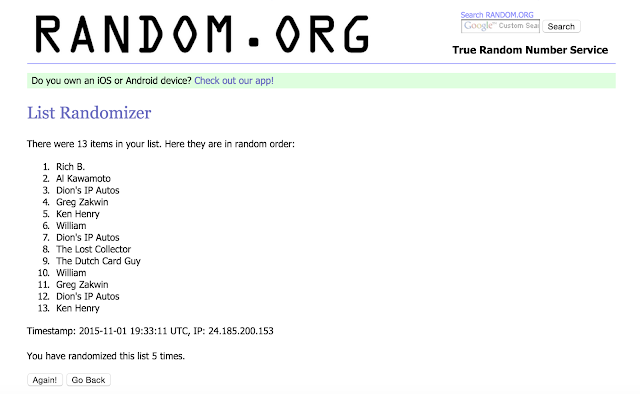 Congrats Rich B.! I'm going to send Victory Fine Art an email announcing that you have won, and if at possible, please send them an email also (marie@americanpopdigital.com) with your mailing address and the Ali print you are interested in winning so they can ship it out to you!

Thank you to everyone who participated in the contest, and I just hope this helped bring more awareness to a great up and coming company. Once again, if you haven't seen their work yet, click here.