Hey everyone, Drew back here. The semester has began, and it is going to be quite a grind throughout from what I can tell. Between my work schedule and schoolwork, it will be tougher than I expected to keep this blog as active as I did last semester. Some evidence to my absence is that I still haven't posted two really special gifts I was given for my birthday (yes, my birthday at the end of July).

First off, William spent a little time and money on me while attending the National, which as always meant a whole lot to me. He included some pretty neat things for my collection in a package he sent a few weeks following the big show. 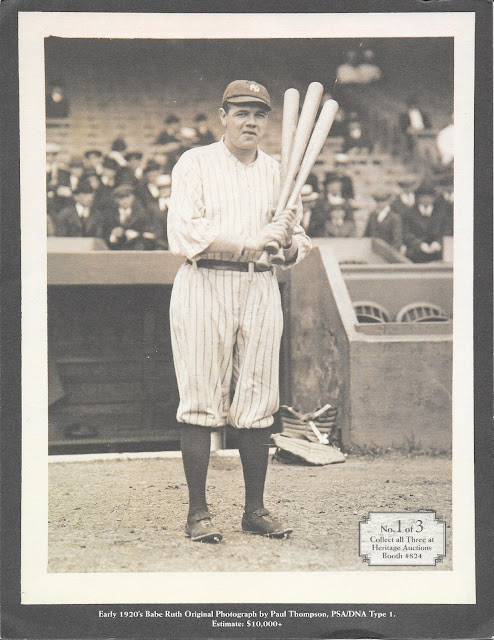 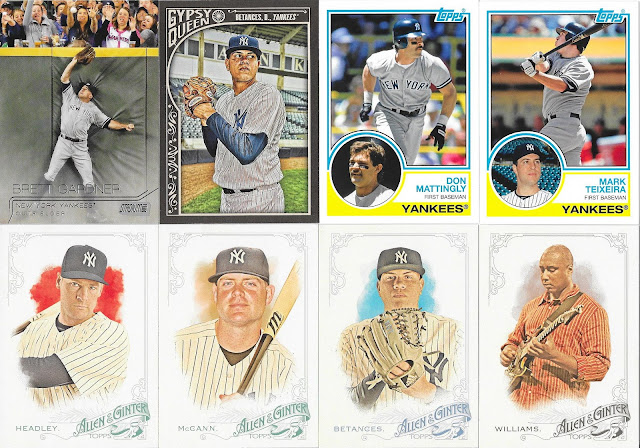 I've really enjoyed much of the 2015 Yankees season. They have most certainly exceeded expectations, and despite some injuries they have mostly persevered and played well. The loss of Mark Teixeira is going to sting, though, and although I have been intrigued by rookie Greg Bird's performance; it will be tough to make up for his 31 home runs in the lineup.

William always catches me up on the products I've missed. Allen & Ginter may have run dry a tad over the years but I do really like the McCann and Bernie Williams cards he sent. They still look better than any others signed. 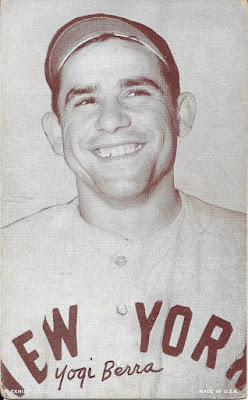 The big gift was this a 1947-66 Exhibits oddball card of Yogi Berra. The exact year is unclear from everywhere I've looked, but it's a unique add to a collection that has grown ever so slighty over the years. There aren't many players I'd rather collect than Yogi, the one former player I would wish to meet (with the exception of Derek Jeter) over most any other. That smile on the card is so infectious.

The other gift(s) I was given came courtesy of my relatively new friend Frankie, of My Life in the Sports Card Hobby. I have known Frankie for close to a year now, and he is one of my favorite bloggers in the community as we speak. His collection may already surpass my own, but his passion for this hobby is so similar to what I feel. 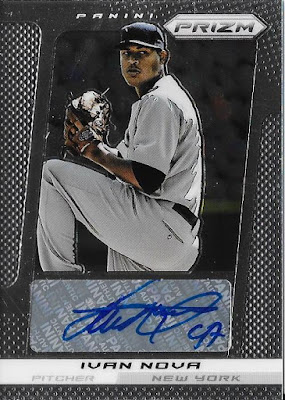 Frankie tossed in this Panini Prism autograph of Ivan Nova to kick things off! I expected better things from Nova next year, as it seems that pitchers seem to fare better the second season back from Tommy John Surgery. Regardless, he will come of heavy importance in tonight's game against the Blue Jays and if all goes well he could help to shorten the gap in the Division Race. 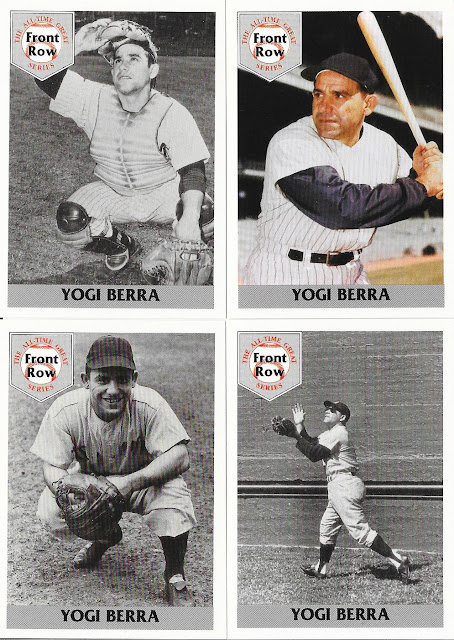 The main attraction in his package was once again Berra related, and couldn't be much better. The 1992 Front Row Series contains five exclusive Yogi Berra cards, one of which is autographed on card! 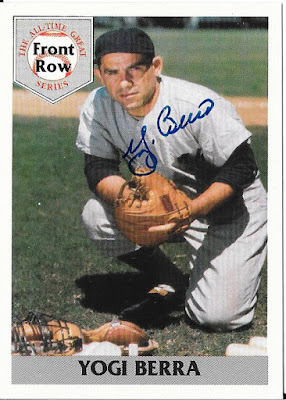 I can never get enough Yogi ink in my Yankees collection, and I love the picture the autograph is signed atop of (despite the lack of a logo on his hat). 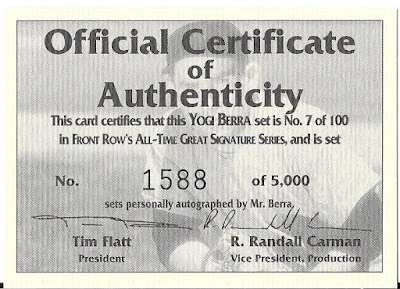 The set also comes with a separate Certificate of Authenticity, although it isn't really that necessary. Nowadays we tend to see COA's on the back of the certified autographs, but this was one of the first autograph sets and Front Row deserves a pass. Although limited to 5,000 copies, these are more rare than it may sound.

William and Frankie, thank you both so much for the really great gifts. You two are as awesome as it gets, and your kindness can not be beaten!