A One of a Kind TTM Mailday!

Hey guys, Drew back here! I've been collecting a few great through the mail successes lately to eventually put into a post together for you all to check out... and here we are: 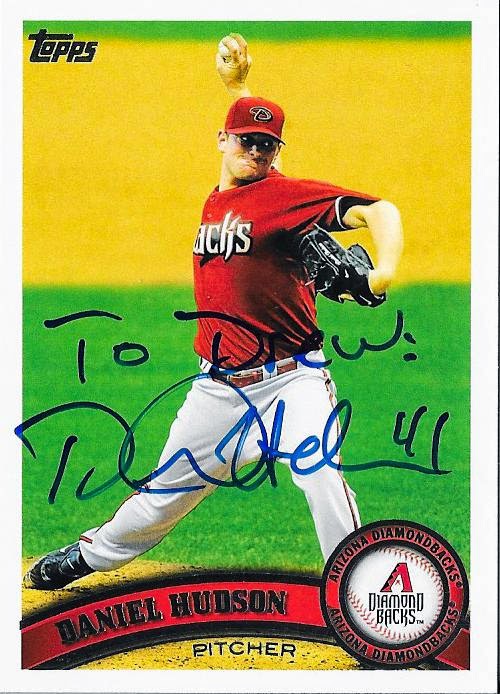 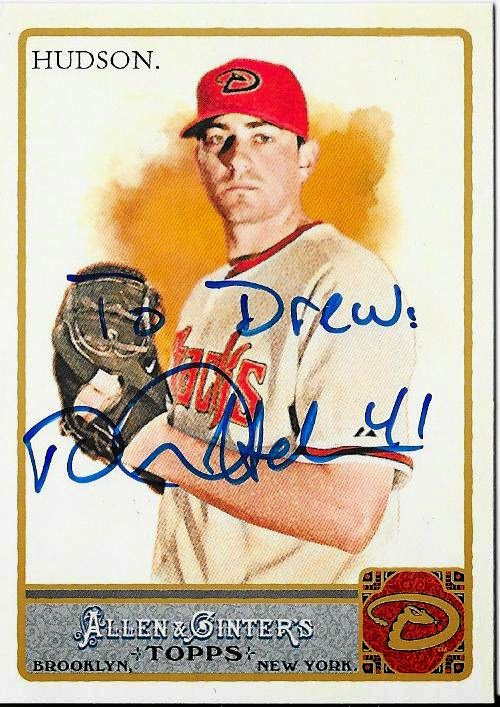 Talk about a player who just can't seem to catch a break. Hudson emerged in 2011 as a potential future ace for the Diamondbacks, but in 2012 he underwent Tommy John surgery, and on his way back from the surgery he tore the ligament in his elbow for the second time, which required a second procedure. Luckily, he is starting to pitch again, and while he may never be the same pitcher with 16 wins and an ERA well under 4, it'll be nice to see him grace the mound again. In the meantime, after over a year of waiting, he signed and personalized two cards for my collection! Both came out beautiful, and I'll be rooting for him to come back stronger than ever before! 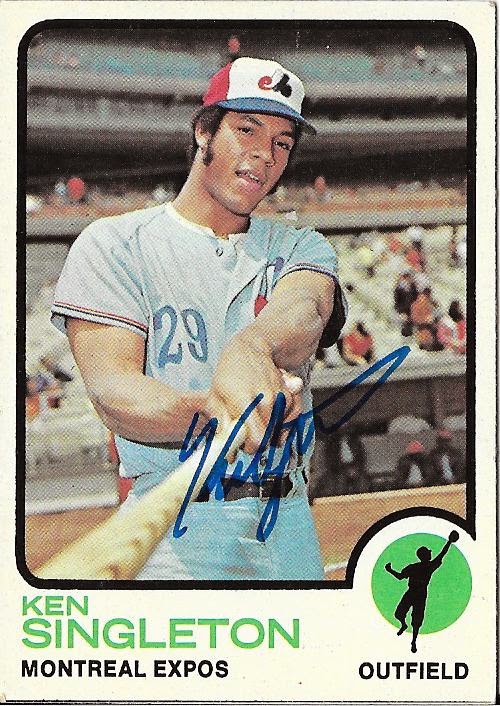 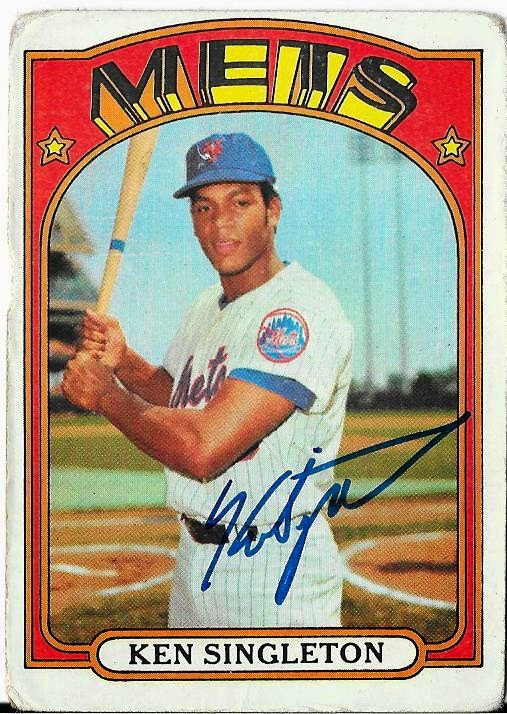 I've listened to Ken Singleton call Yankee games with Michael Kay my whole life, and while he may not be recognized for his work; I've always considered myself a fan of his. He signed a 1972 and 1973 Topps card for me, and now I can say I have both primary Yankee announcers autographs (I obtained Michael Kay's at FanFest last year)! 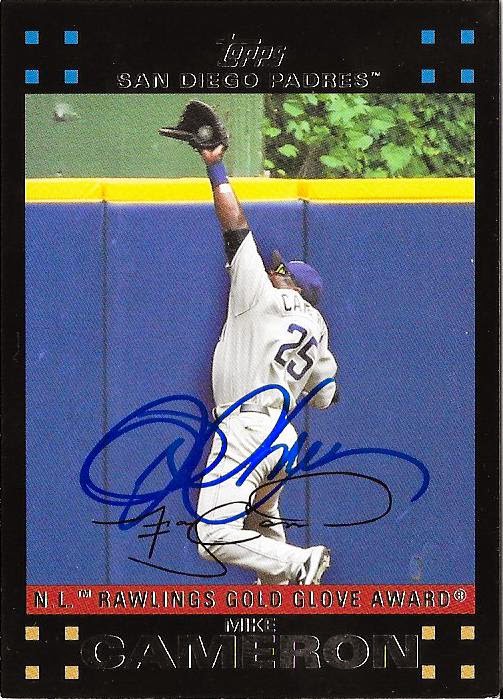 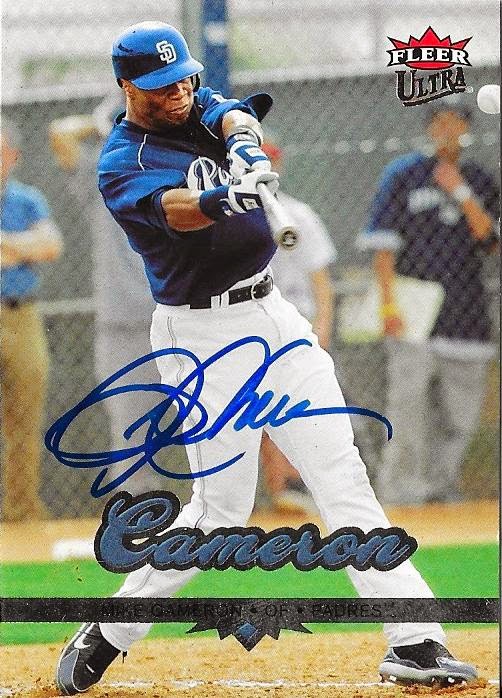 I'll always remember Mike Cameron for his defensive prowess, so it was only fitting that I had him sign a 2007 Gold Glove card! He was a very underrated, great all around player throughout his 17 years in the league, and I'm really glad I got to add his autograph to my collection. 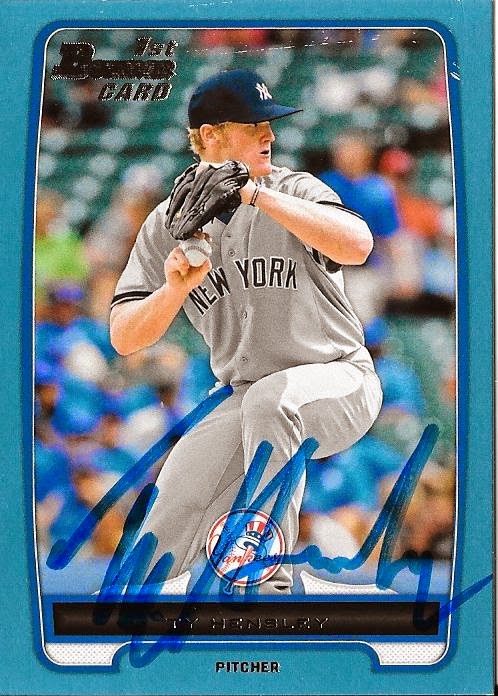 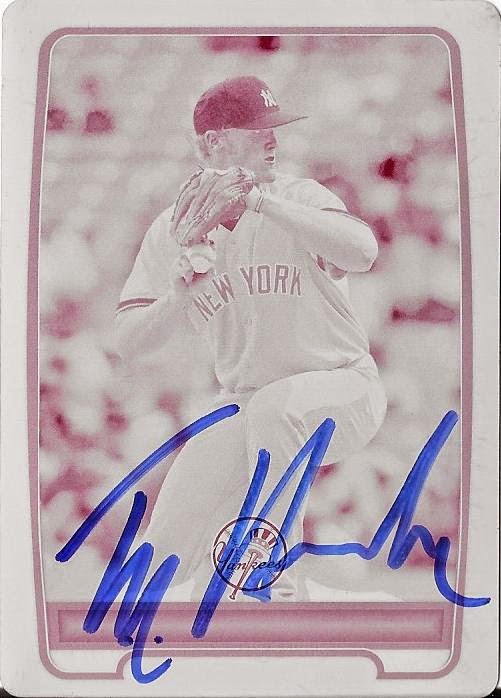 Pretty cool right? I had a brief but effective stint last year buying some of Hensley's cards while he recovered from hip surgery, and I ended up sending him two of those cards requesting an autograph. I would normally never risk sending a card as valuable as a printing plate, but I knew he was a reliable signer, and I have the cyan plate too just in case anything were to go wrong. I thought it would be cool to own a signed printing plate, but I also told Ty I'd be willing to trade him both printing plates I owned for some game used memorabilia. He didn't seem to have interest in the offer but signed the plate for me, as well as the blue parallel to the left numbered to 500. I hope Hensley can recover from all his injuries and pitch like he did before, because he could end up being a difference maker one day for the Yankees! 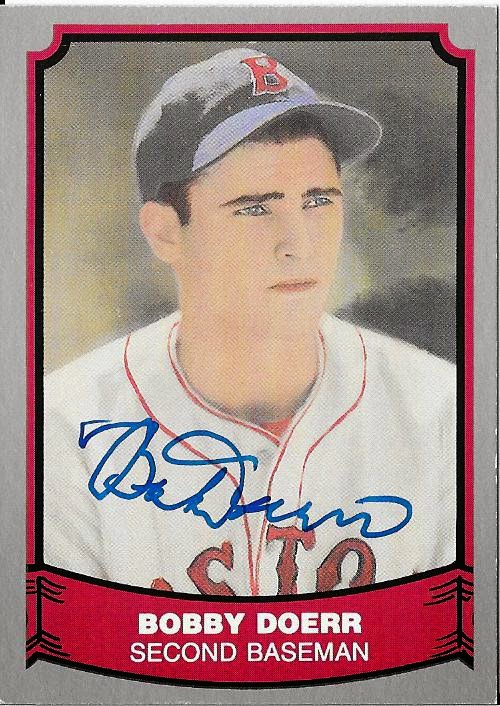 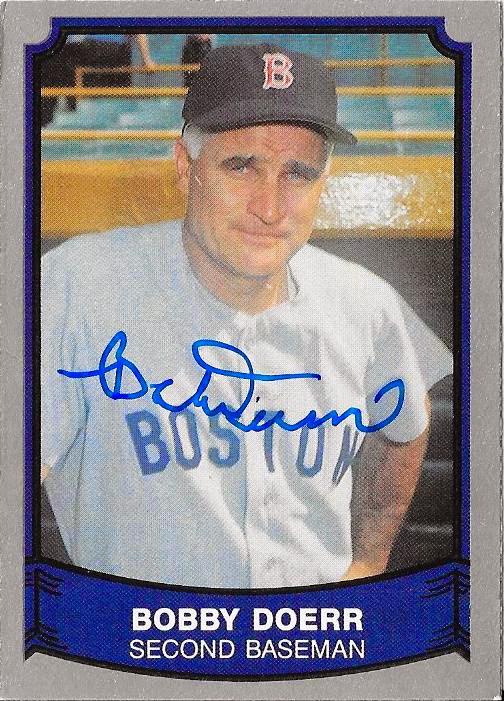 I felt kind of bad sending to Mr. Doerr again, especially as he continues to age, but I really wanted to get the two Pacific cards he has signed for my set. I bit the bullet, and they both came back signed, and you can clearly see that Doerr's signature is beginning to get a little shaky. However, at 96 years old I'm pretty sure that's something to be expected. I absolutely love the painting card on the left, and these cards mark numbers 21 and 22 in my Pacific autograph set! 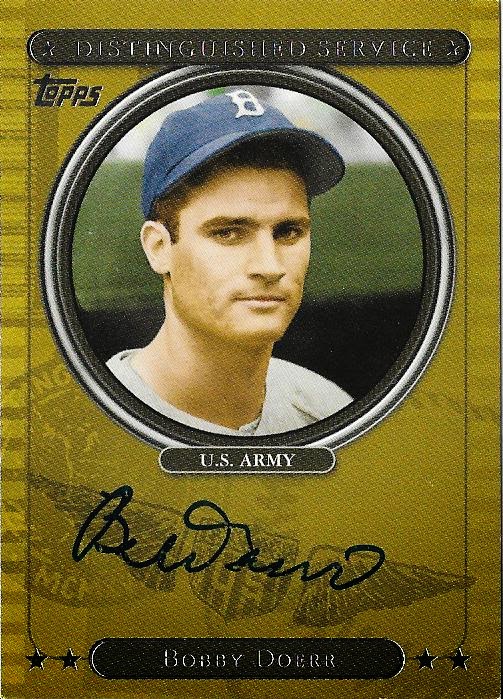 Doerr also gave me a signed 2007 Topps "Distinguished Service" insert on top of the cards I requested! I think this mistakenly placed in my envelope, but I'm not complaining because I really like this insert set and the cards look even better sporting signatures. It's really awesome to have something reflecting on a different part of Doerr's life as opposed to his baseball career, since he's lived an amazing 96 years full of achievements. This was as good of an added bonus as its going to get. 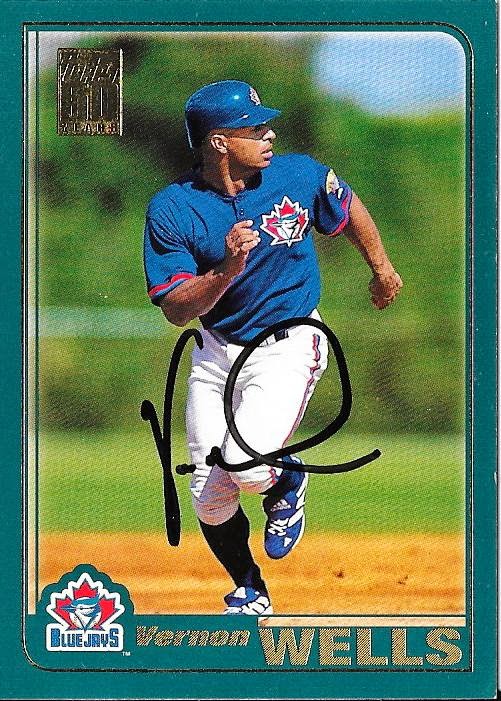 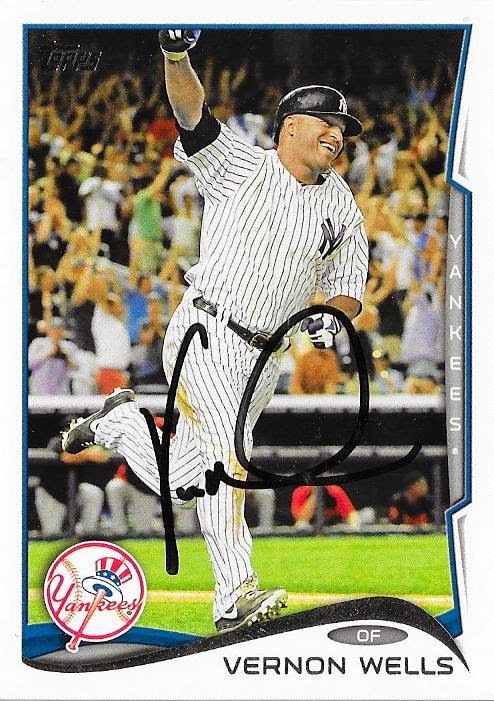 Unfortunately, the Yankees didn't get an awful lot out of Vernon on his pit stop in the Bronx, but I'll always remember him more for being the star of the Toronto Blue Jays as I began to watch baseball (along with Roy Halladay). Wells ranks around the lines of Mike Cameron as far as stat lines go, but the presence Wells made as a five tool player in his prime was frightening to face for a while. He also was in the lineup at the first baseball game I ever went to, so it's definitely a signature I've needed for a while. He signed a 2001 and 2014 Topps card for me, and both cards came out great!

July was a really successful month for my collection as you can see. I was able to add some needed autographs without spending anything but the price of stamps! This month I've got some more in store, as I'm starting to work on fixing up my basement and sort things out before I leave two weeks from now. I've got a card show and a bunch of TTM requests to send out in the meantime, and I'll let you all know how things go when I get there! But for now, See Ya!
Posted by Drew at 1:21 PM