Hey guys, Drew back here! Well, it is absolutely disgusting up here in New York right. We're averaging about an inch of snow an hour at this rate, and this is already on top of the foot or so we had going into this storm. Although we're getting off from school quite a bit, I'm really getting sick of all this shoveling and I just want to be back on the baseball field. This year I share something in common with my all time favorite player Derek Jeter: this could potentially both be our final official seasons of baseball.

Yesterday, just about everyone on planet Earth was made aware that Derek Jeter will be retiring following the 2014 season. It was a bittersweet day for Yankee fans and baseball fans around the world, and I came very close to tears. I can only imagine how much of a wreck I'll be throughout the season as he'll be constantly honored and remembered everywhere he goes. I loved the farewell tour baseball gave Mariano Rivera last year, and while I know Jeter doesn't like being the center of attention he definitely deserves it. He may not be the best player in baseball history, but he's always been a class act and he's compiled quite the resume over the course of his career. He's always defied expectations and proved his haters wrong, and he's a proven leader and winner. I've never seen a player so devoted to their craft and it's been an honor being able to grow up watching him play.

With that, I just wanted to show off a few quick TTM's I got back from some current and retired Yankees alumni! Check them out: 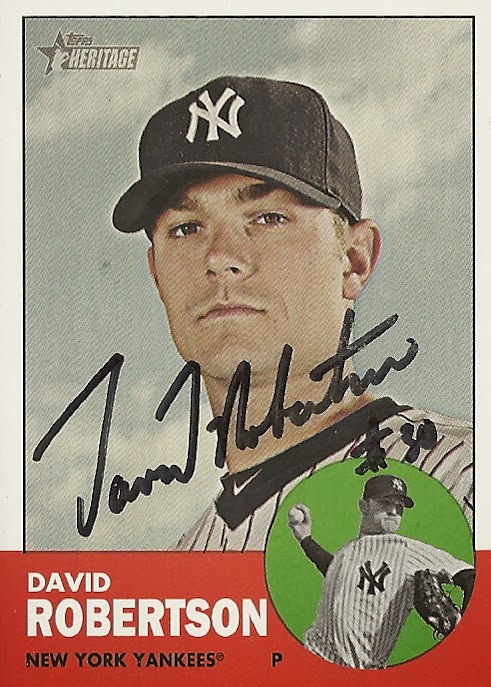 New Yankee closer and a personal bullpen favorite of mine, David Robertson signed a card out of 2012 Topps Heritage for my collection! I've really grown to like Robby, and I had the pleasure of meeting him a few years ago when he came to a local card show! Although I do believe the Yankees need more of a backup plan for the closer role in case Robertson struggles, I do have faith that he'll do well in his role this upcoming season! He's been one of the best relievers in the business over the past couple seasons, so getting this back TTM was a thrill! 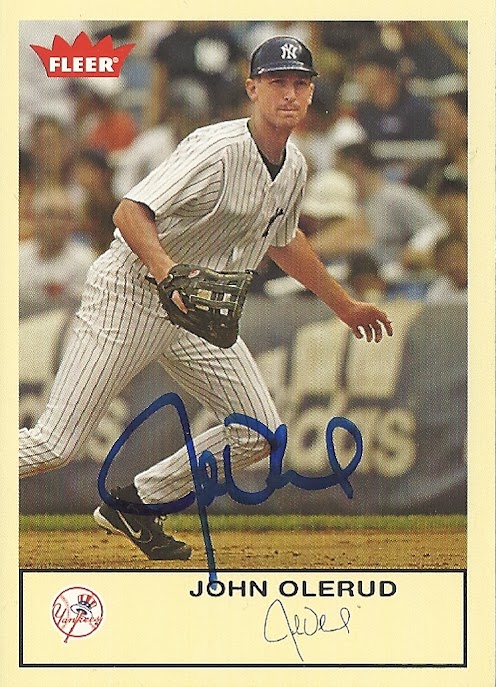 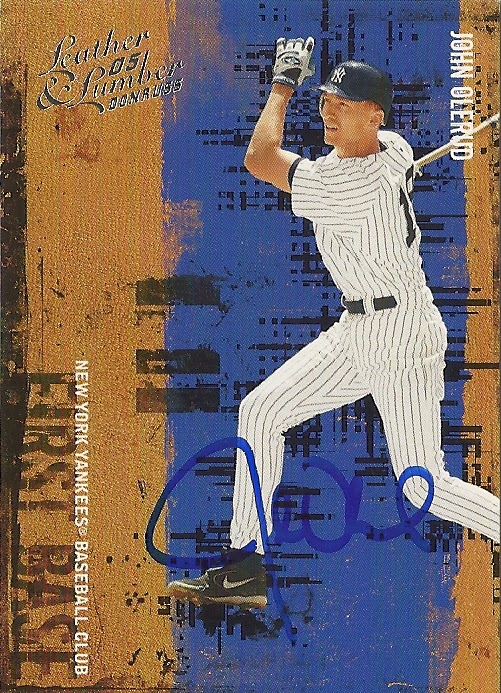 John Olerud wasn't known for his one year spent in New York, but I preferred to have him sign some cards in pinstripes rather than any other uniform. He only played 49 games for the Yankees but he certainly had plenty of phenomenal seasons for the Mariners and Mets throughout the mid to late 90's and early 2000's! Sports Illustrated named the Mets infield he was a part of the "Greatest Infield Ever" and while that's certainly up for debate he definitely made a big impact on the field, offensively and defensively. He was well known for wearing a batting helmet in the field, which stemmed from a brain aneurysm he suffered back in the early stages of his career. These two cards came out great signed and I'm really glad I can now add his autograph to my collection!

That's all I've got for now everyone! Stay safe and warm if you're up in the northeast!