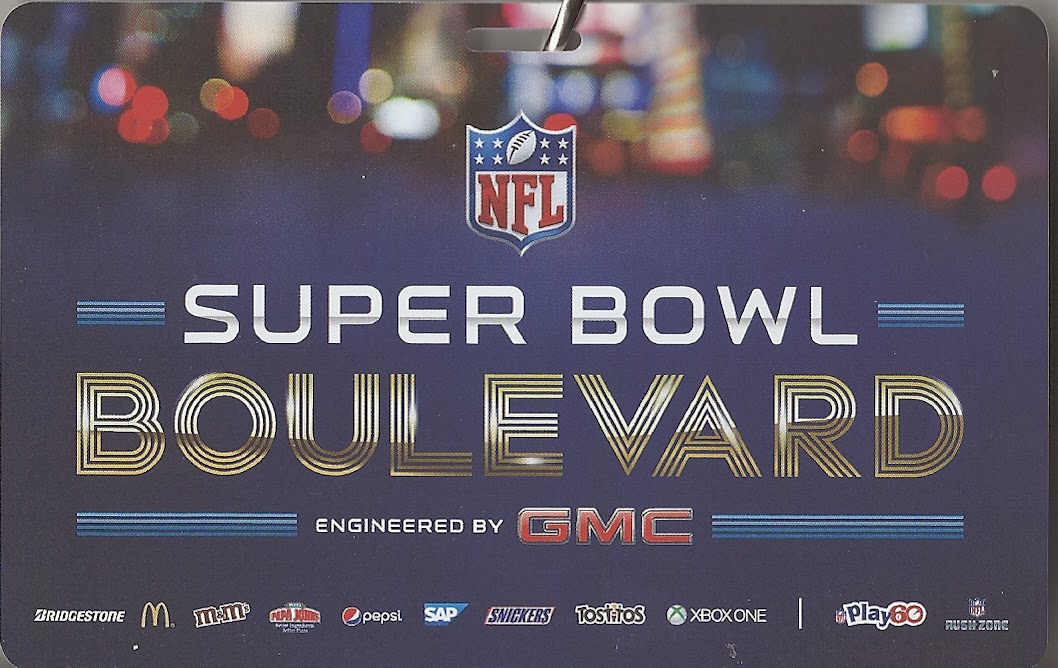 Hey guys, Drew back here. I've been in the midst of a break from the hobby, with most of my time dedicated towards cleaning my desks up, sorting cards, and devoting time towards my girlfriend. However, once in a while I still like to do a thing or two involved with my favorite hobby, and I was shocked the other day when my Dad told me we were going to check out the Super Bowl Boulevard! We headed down to Manhattan on Friday for the day after I wrapped up all of my midterms, and we didn't realize that we were in for quite the treat! 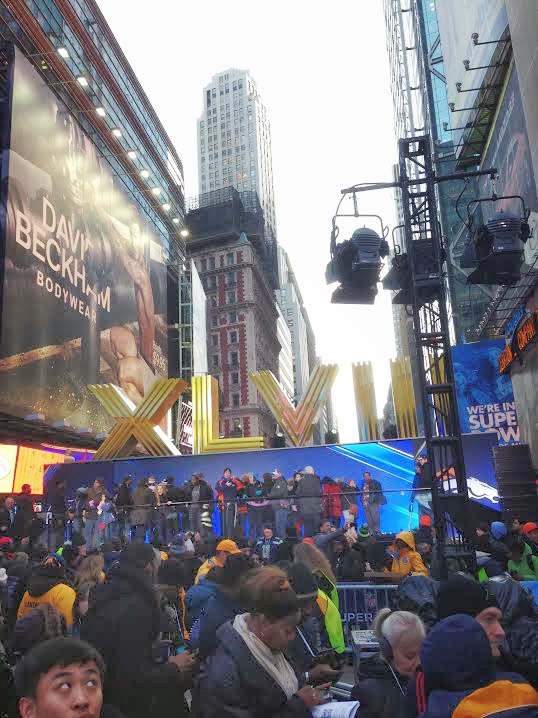 In case you didn't know, the Super Bowl Boulevard was held throughout the past week between 34th Street and 47th Street, taking up Broadway and much more. While it was a huge event, most of the features were all crammed together, leaving a few other parts of the experience far away. It was a great day for the NFL to host such a large event, supplying fans with great opportunities for all ages, but it certainly had its glitches along the way. The spacing was the biggest problem, with so many people crammed together, some in line to get to see the Lombardi Trophy up close; some to slide on the large toboggan float; and others to get autographs from the players announced on the lineup. On Friday, we expected to see Redskins WR Pierre Garcon, Panthers LB Luke Kuechly, Colts WR Reggie Wayne, Eagles QB Nick Foles, and legendary Rams RB Marshall Faulk. All five of these stars were scheduled to sign outside at the Autograph stage at different times throughout the day, so originally we planned to keep going through the same line all day long.

However, there were rumors that it would be smart to see what was going on at some of the other local stores, many of which hosted players as well that may have went under the radar. Unfortunately in the Big Apple, nothing goes under the radar, but we did end up finding out about a signing at 3:00 at Macy's! When we got to Macy's, which is on 34th street and was considered at one of the ends of the Boulevard, we were pleased to see FOX Sports reporter Erin Andrews posing with fans. The cost to meet Andrews was $50 spent at the NFL Shop which was occupying the entire 4th floor of the building. It wasn't worth $50 to me to meet Andrews, but it was easily worth $50 to meet the 3:00 guest! 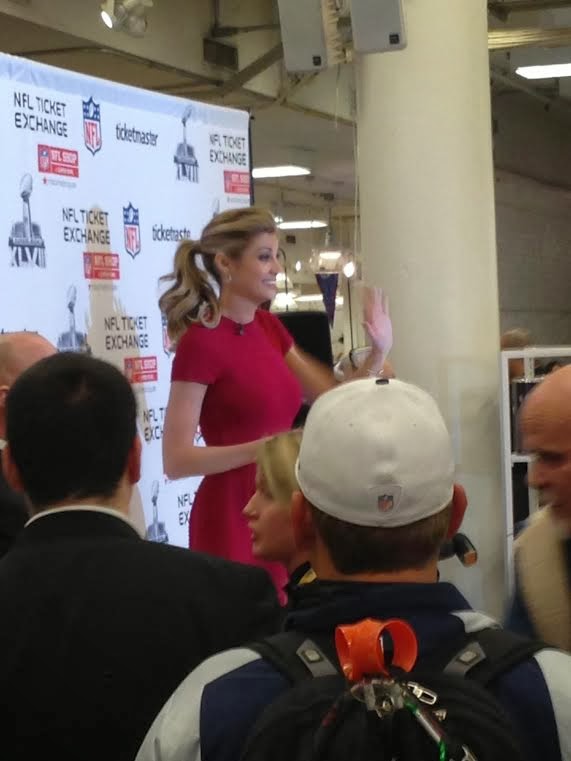 In order to meet the 3:00 guest, we had to hang around Macy's, because he was only to sign for the first 100 people in line and a crowd was already gathering. It was noon when we got there. So yes, we had to wait 3 hours to meet this player, but even for the very short amount of time with him, it was still easily worth the time and money! We bought a special edition mini helmet for this year's Super Bowl in hopes to get it signed at some point during the day, along with a rack pack of Panini Rookies & Stars and a commemorative Super Bowl card set. We were 9th in line to meet this legend, and we took our 3 hours in line to get to know the people around us who were also patiently waiting for the event to begin. Eventually he arrived, and I swear it felt like the President of the United States had just entered Macy's. Fans gathered around the sides hoping for a free autograph (which they didn't get much to my approval), and he was chock full of security surrounding him during the whole event.

Dad and I approached the man and shook his hand and told him how much of a pleasure it was to meet him, and he signed an 8x10 for us that contained the NFL Shop and Macy's logos. I wasn't crazy about the picture at first because of that reason but then I remembered I didn't want to meet him to make a profit, and the logos will remind me of the time I spent 3 hours at Macy's on a cold winter day with my Dad. I think if you add up all the time I've spent in my life in Macy's, it still wouldn't equal three hours! It wasn't an easy wait, but to come home knowing I met Emmitt Smith and got his autograph was enough to make my year! 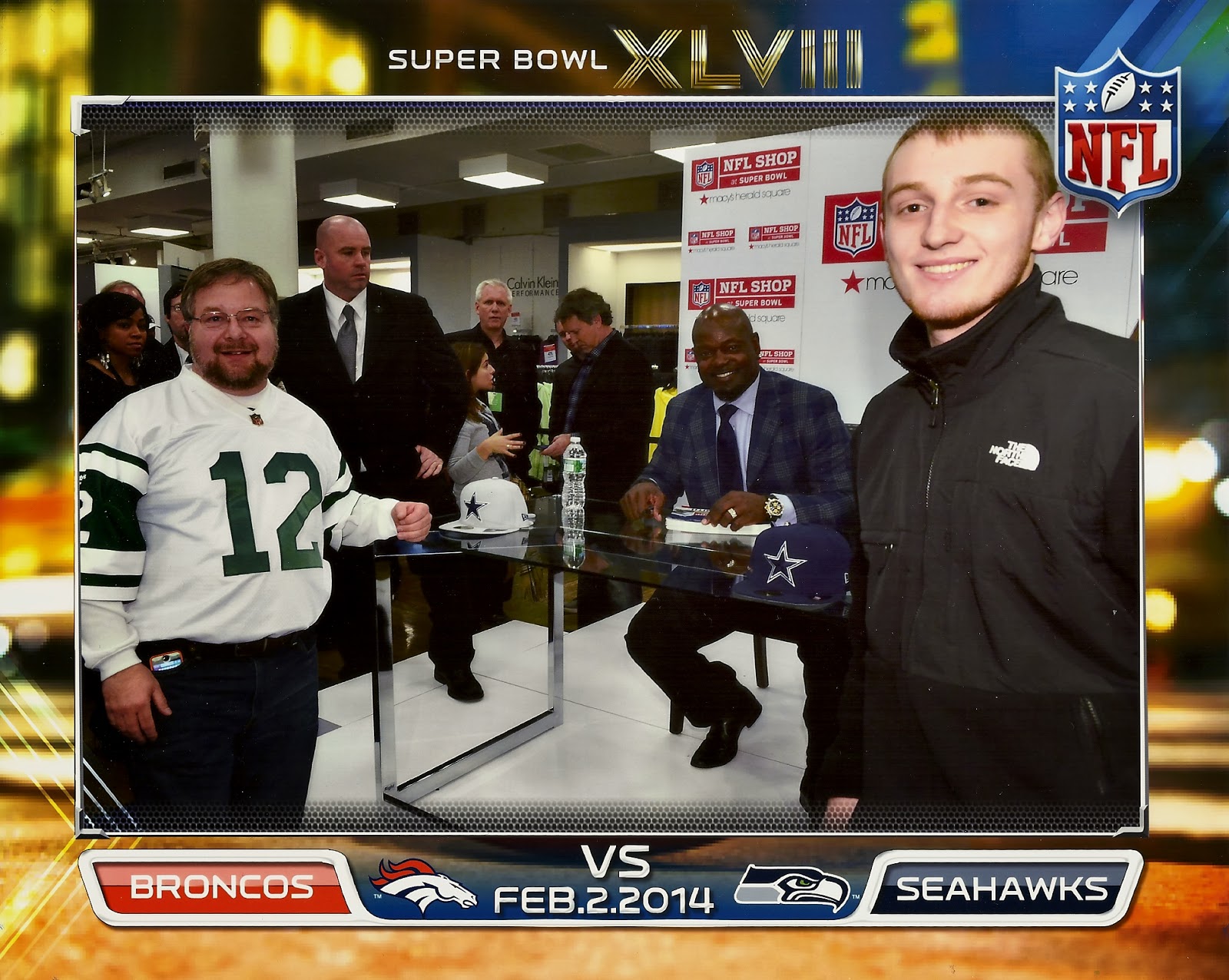 Emmitt Smith has been regarded by many people as the greatest running back of all time, or at least in the conversation with Walter Payton and Barry Sanders! He owns the NFL record for most career rushing yards and rushing touchdowns, and was part of the Dallas Cowboys dynasty throughout the 1990's! I barely missed the boat on Emmitt's career, as he was just wrapping his career up with the Arizona Cardinals. I went back and watched a lot of highlights of his career after I met him and began to understand why he left such a large mark on the game. 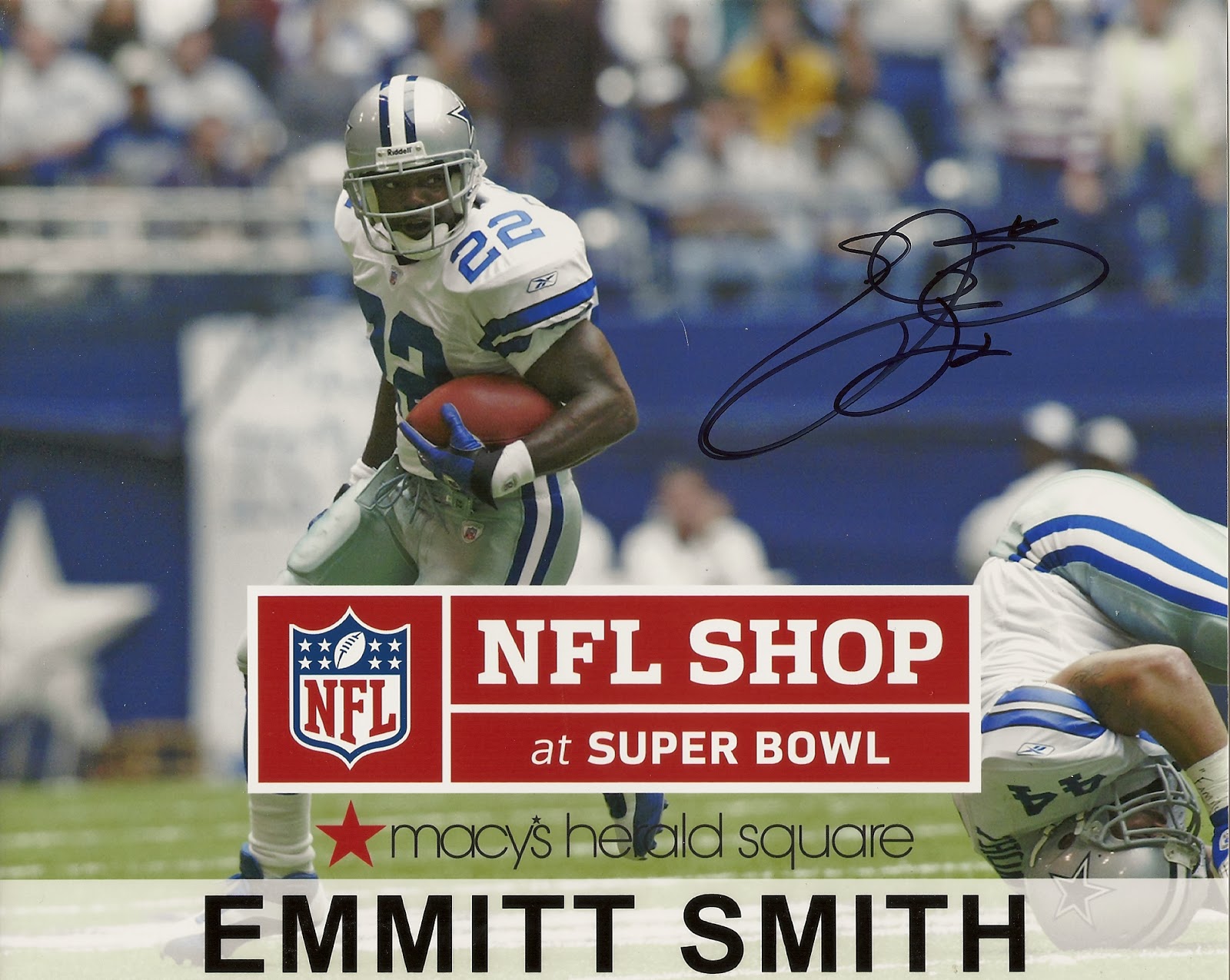 Nothing about this photo really stands out other than it being of Emmitt Smith and featuring his autograph. The picture isn't incredible and the logos certainly get in the way, but it's still a Smith autograph and it comes with a story I think I'm going to love telling in the future! When it comes down to it, this is a hobby of mine after all, and although it can get expensive, moments like these will always be in my possession and I could never try to sell something that carries a personal value like this.

After we ordered our 8x10 print of our photo taken with Emmitt, we rushed out of Macy's to see if we could catch Marshall Faulk in time for his signing. We arrived on time for the signing, but the line was already way down the block and Faulk wasn't even there yet. We later found out he was 35 minutes late to the signing and only could stay until the signing was scheduled to be over, so he only signed for about 25 minutes. We knew a lot of stars were out in the city that we could've hunted down, but we were exhausted and starving from our wait at Macy's so we took one last look through the crowds and then headed over to TGI Friday's for dinner. We went home after a great meal, and although I didn't come home with a mountain of autographs, I got one great one that I didn't previously have and am now so proud to own! 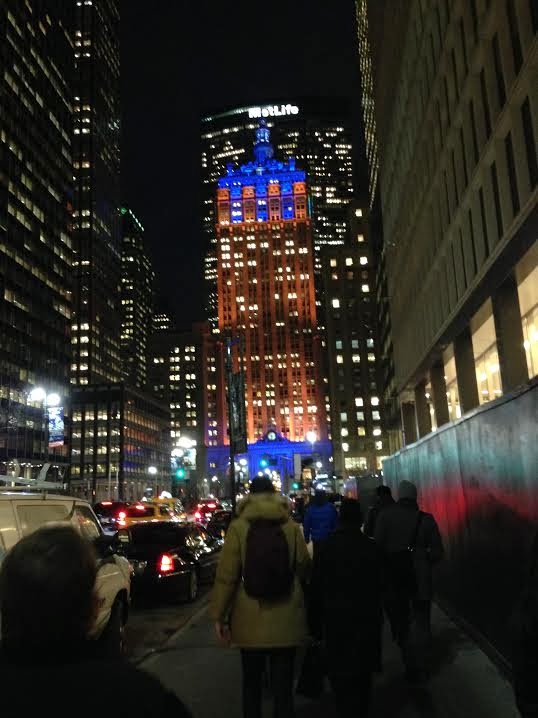 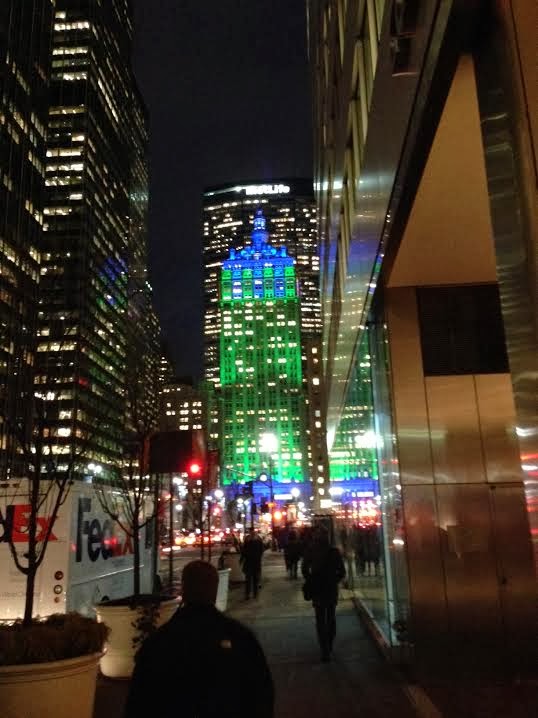 While last night's game wasn't the best Super Bowl by any means, it was really cool to have my home state partially host the big game! Tickets for the game were far too expensive for me, but getting to see and hear some of the Super Bowl atmosphere throughout the city all day was an experience I'll never forget!

Thank you so much Dad for taking me and spoiling me to death as always! I can't thank you enough for everything you've given and done for me!