Hey guys, Drew back here! Guess what? My junior year of high school is O.V.E.R., and I could not be any more excited! I completed my final test- the dreaded Chemistry state regents exam, this morning, and I'm now ready for a summer hopefully devoted mostly towards my lovely hobby! So, on that note, here's a look at some of the through the mail successes I've received throughout the first half of June (TTM's 118-120)! Enjoy! 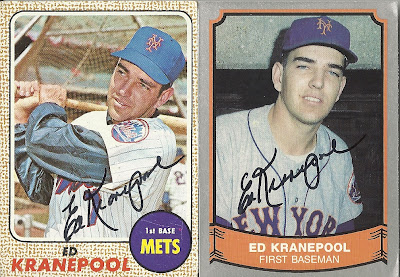 Mr. Kranepool is remembered for being one of the few original, lifelong Mets; which has got to be an accomplishment in itself. All jokes aside, he was a solid contributor to their 1969 World Series team and helped pull the abysmal Casey Stengel-led team out of the ashes. He batted over .300 twice in his career, and his best season was in 1975 when he hit .323 with over 100 hits and 43 runs batted in. He signed a 1968 Topps card fresh from "the binder" along with a 1990 Pacific Baseball Legends card to put towards my ever growing signed set collection. 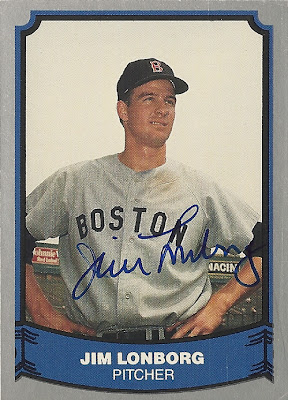 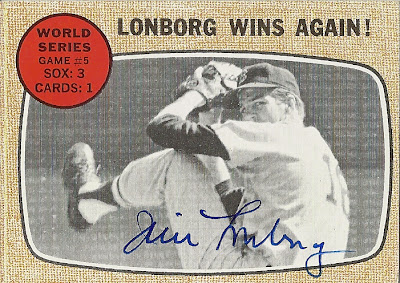 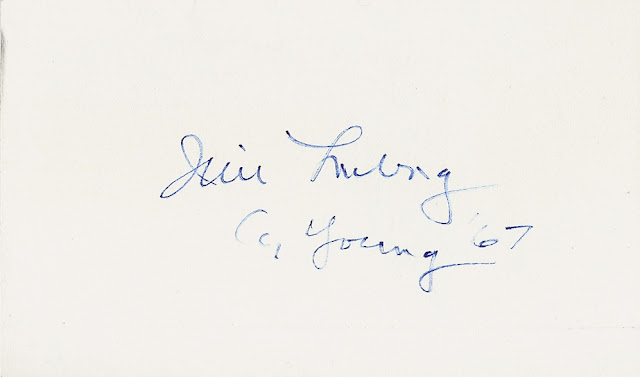 Back in January, my dad, my friend Schuyler, and I were at a White Plains card show in which the free signer was none other than the guy above. Schuyler was fortunate enough to get a nice oversized card of his signed, but by the time I was prepared to meet him his signing session was over. I wasn't going to complain since I already got to meet Cal Ripken Jr. and Steve Carlton that day, but I wanted to do something with the card my dad got me to have signed- the 1968 Topps card above. I went home and realized that the 1967 Cy Young winner was a very reliable TTM signer, so I put him on my list and recently got around to mailing to him. He signed my 1990 Pacific card along with the aforementioned 1968 Topps World Series highlight card. He also signed my index card and inscribed his 1967 Cy Young, however his sharpie did appear to be running out of gas. Regardless, these came out great and I'm happy to finally add him to my collection! 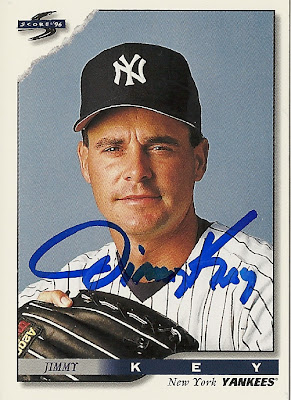 Key was well, a key piece in the Yankees' World Series win in 1996 to say the least. Over his three season stint with the team, he compiled a 49-23 record, and in the strike shortened 1994 season he was leading the league in wins with 17. His last start as a Yankee came in the 1996 World Series, where he battled to defeat Braves legend Greg Maddux en route to John Wetteland's closing and securing of the Yankees first title since 1978. To say I was excited to get his autograph on this 1996 Score was an understatement, and I'm really glad I took the time out to give him a try. He's a great signer, but keep in mind he only allows 1 autograph per request. 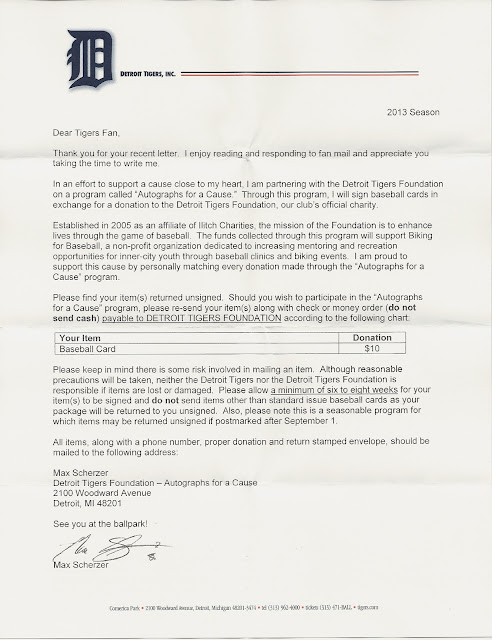 Max Scherzer just won his 10th game of the season yesterday, and is well on his way to Citi Field for the All Star game. He used to be a phenomenal TTM signer, but now that he's become a pivotal part of the Tigers contending roster, the team requests a $10 donation to their team foundation in order for the card to be signed. $10 isn't bad compared to the apparent $40 they ask for Miguel Cabrera and Prince Fielder, but he isn't quite that caliber of a player yet so it's understandable. I don't believe I'll take part in this, but I figured it could be helpful in case anyone else wanted to send him (or any of the Tigers for that matter) a request.

What do you guys think of my recent haul? Happy Summer!