Trade with Michael from Six-4-Three DP!

Hey guys, Drew back here! Continuing on my occasional attempts of catching up, here is a little mail I got from my new trade buddy Michael, who writes the blog "Six-4-Three DP"! He runs a very nice blog, which hasn't quite been noticed by a whole lot of you guys yet. Without a doubt I suggest you give his site a look in the future, because I'm sure he'd appreciate more readers! Anyways, Michael and I were able to work out a nice little deal, and here is my share of it: 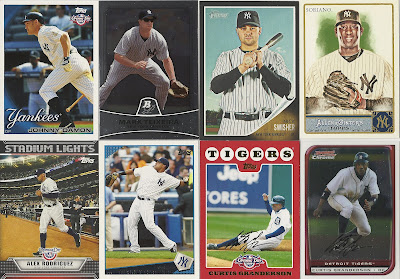 Michael was able to successfully attack all of my team/player collections with some new cards I didn't have yet! One big card he included was the black bordered card of Swisher from last year's Heritage. I haven't even seen that card before, so I'm glad somebody was able to notice it and send it my way. The A-Rod "Stadium Lights" card is awesome, but didn't somebody say they were glow in the dark? I don't remember, but I swore I heard somebody say that. Well, I tested it and no light showed. Still a sweet card. 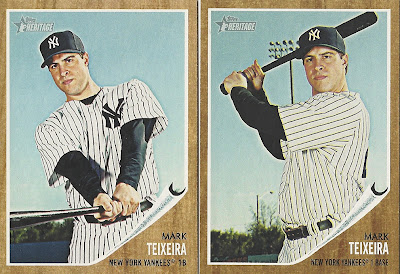 Never noticed this either. Both of these cards are out of the 2011 Heritage set, and have the same card number. However, the pictures are different. Can anybody inform me if they know what kind of variation this is? 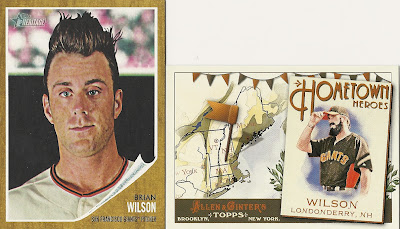 Under the "Drew is Collecting" piece of the sidebar, I stated some current MLB players I enjoy receiving cards of. One of them is without a doubt, the bearded man from San Fran, Brian Wilson. I don't have a whole lot of his cards, but I love getting a new one or two here and there. That's exactly what Michael did, so I really appreciate that! 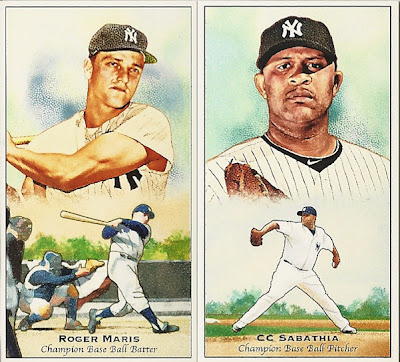 I'm not gonna lie, I love the heck out of these 2011 Kimball Champions minis. I don't even remember which ones I had or not, but it doesn't even matter, I'll take all of them! One day it would be awesome to do this set. The only part I don't really care for is that the backs are really simplistic and boring. But who looks at the backs these days anyway?

Do you want to know just how convenient this trade was for me? I already had the regular Gardner rookie card, and Michael sent me the gold parallel. As for the Pineda, I already had the gold parallel and he sent me the regular. What a guy this Michael is! Also, I've done some research on Cito Culver, and I hope that he carries his potential into the majors one day. This Bowman Platinum really is a beautiful card. 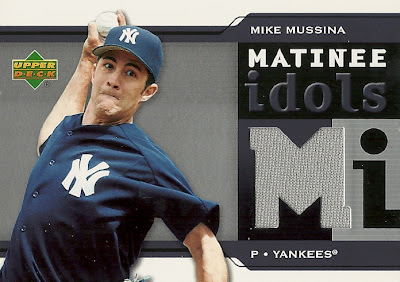 Last but surely not least was this 2004 Upper Deck "Matinee Idols" relic of Mike Mussina! I mentioned in my previous post how my favorite pitcher of all time is the Sandman, Mariano Rivera, followed by Andy Pettitte. But without a doubt, a close third is Mr. Mussina himself. Not only was he one of the most consistent pitchers in baseball history, but he also had the honor of being the first baseball TTM success I've ever received! Since then, I've created his trifecta, and this just adds to it. Gotta love the Moose.

Thanks so much Michael for the trade, and sorry for the enormous delay of getting the cards out. I'm going to go work on getting that together now!