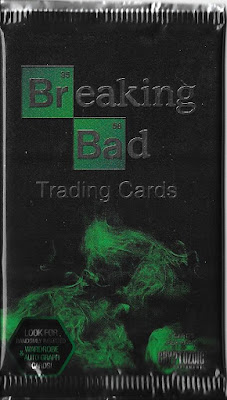 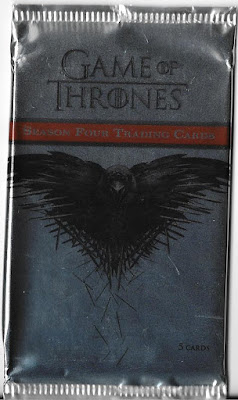 Hey everyone, Drew back here! At the East Coast National last weekend, I wanted to mix things up and have a little fun with two of my all time favorite TV Shows; Breaking Bad and Game of Thrones. I watched Breaking Bad during my tumultuous stage in upstate New York last fall, and I caught up with Game of Thrones just a few weeks ago. I'm absolutely obsessed with them both, as well as Dexter and The Walking Dead; so you can clearly see why I haven't wrote as much as I did 4 or 5 years ago.

I bought one pack of Breaking Bad Cryptozoic trading cards from their set that ranged from the beginning of the series until the end. The cards are extremely similar to The Walking Dead's annual set, but with just one set crossing all 5 seasons, almost every card showcases important moments.

*SPOILER ALERT: If you are not up to date with either show, for your own good click out of this page now* 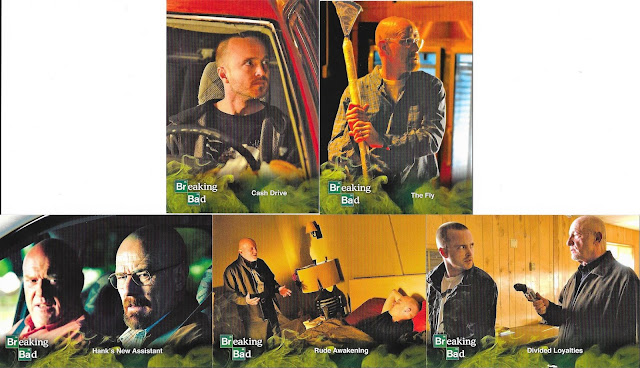 Of course, I would happen to pull the card of the most annoying episode of the whole series: the fly episode. To this day, I still don't understand the importance of that one, but it was probably just filler so they could do more awesome stuff later on in the season. That, they most certainly did. I'm not a huge fan of these types of sets that highlight specific moments, but I like the design and the photo choices seem to be on point. I may have to pick up a full set down the road, we'll see.

For the record, as awesome as it was to watch Walter White transform from a chemistry teacher to a criminal, Jesse was my favorite character. 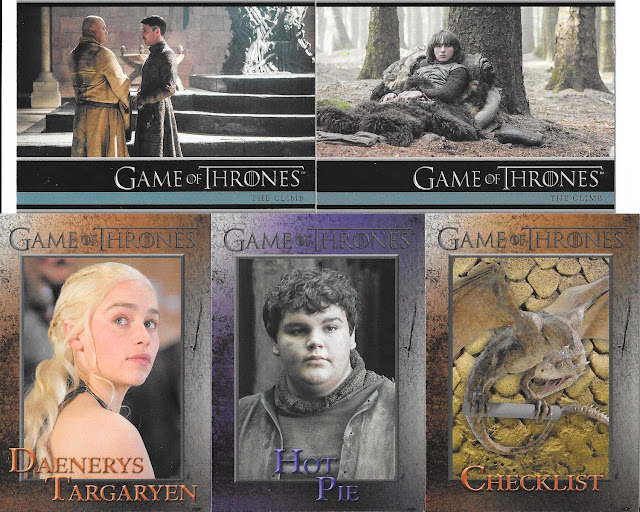 I never thought I would enjoy a show more than the Walking Dead. I did feel like Breaking Bad was a better show as a whole, but I love the characters in TWD to the point where I thought it would never be defeated. Well, it was. Game of Thrones has captivated me all summer, resulting in me not posting as often and really not doing much these past few months. If you haven't watched it yet, and don't think it's your type, you should watch it because it will be your type.

I prefer this style over the Breaking Bad set without a doubt, but this set is also quite a bit more expensive. I'm not sure what the highlight of this first pack was, either Daenerys Targaryen of the House Targaryen, the First of her Name, the Unburnt, the Queen of Meereen, Queen of the Andals and the Rhyonar of the First Men, Khaleesi of the Great Sea, Breaker of Chains, and Mother of Dragons... or Hot Pie. Dany is incredible in about a million ways, but Hot Pie's simplicity and delightful direwolf bread wins in my book. 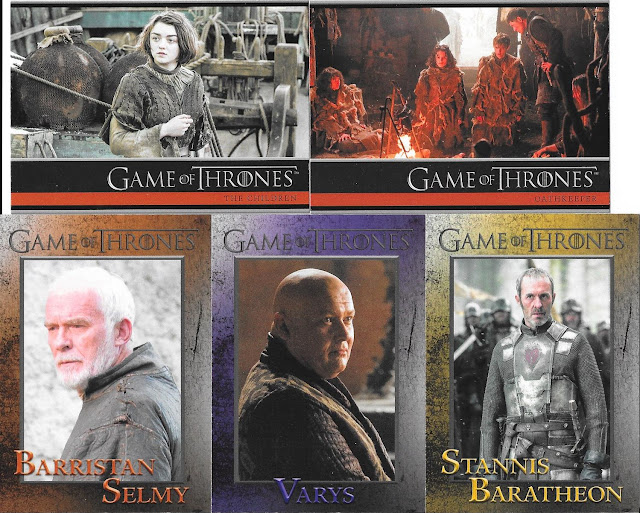 In Pack 2, the Season 4 edition, it was an easier choice. I love watching Tyrion interact with Varys, and Stannis had a rough break to say the least at the end of Season 5 (but is he alive?!). But Arya Stark is one of my favorites, partially because I believe I'm falling for Maisie Williams, so her card was my favorite of the pack. 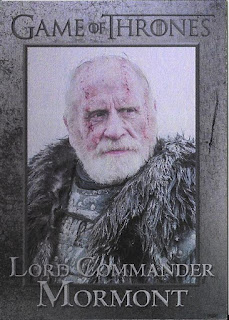 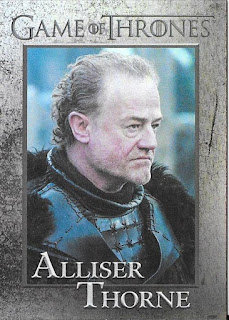 Each pack also came with a foil parallel, which look especially nice in person. I pulled two poor men in charge of protecting the Wall (not the Pink Floyd album, for non GOT watchers reading). I certainly wouldn't mind Alliser Thorne dying soon. I'm sure he was behind the (spoilers) killing of Jon Snow at the end of Season 5. Bastard.

After watching many theory videos, I do think Jon Snow is bound to return in some way in the show (and not just a simple funeral). He appears to be too important to the story for him to just die in such brutal fashion. But who knows what is inside George R.R. Martin's kooky mind. If I had to make a prediction, I will go with the common assumption that Melisandre will use the blood sacrifice made from Stannis' daughter to save Jon Snow's life, because that would actually give that brutal burning scene some significance beyond just pure and utter torture. I don't know if he'll return in full form in Season 6, but I do believe in the R+L=J theory and feel like he and Daenerys will ultimately fight the White Walkers in the final season.

Sorry if that was too much for you all to handle. If you've watched it, you'll understand. If not, don't worry, I've got more baseball for you next on the agenda!